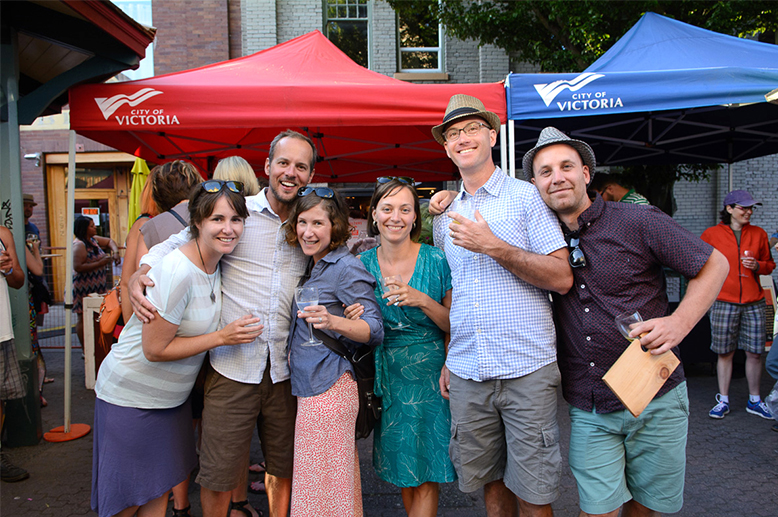 I am an amateur foodie at best. So, when I saw the massive line outside of Fernwood Square for the sixth annual Fernwood Bites, I gulped. These were superfans. The normally airy square was already dotted with tents, and chefs were busily plating the first batches as hungry and curious patrons waited beyond the gates. At 5:32 pm, the crowd snuck up on me. One minute I was just drinking in the action, taking a few photos, but I turned around and saw lines already forming. There was no time to waste. 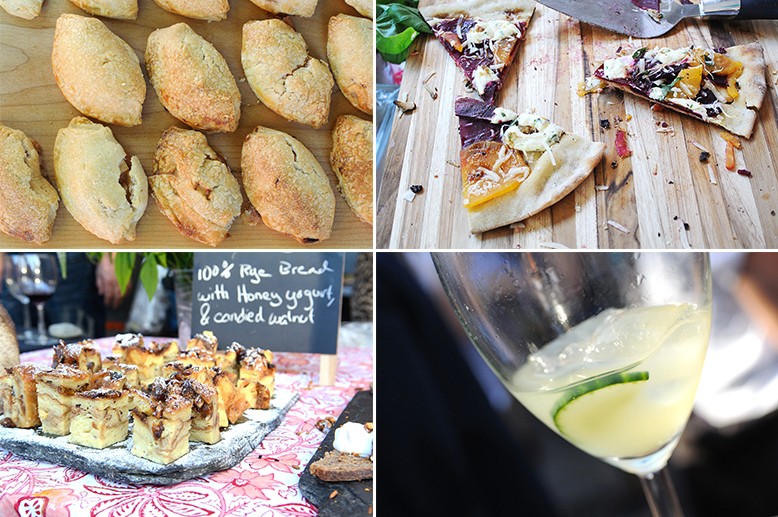 My first bite came from Origin Bakery, where I sampled a simple apple hand pie, made with cream cheese, butter, and lard — three different ways to say delicious. I’ve always been one to prefer something sweet before dinner instead of after, so it was the perfect start for me. And of course, it was gluten free (but what isn’t?).

I couldn’t sample all of the sweets that night, but it wasn’t for lack of trying. The macarons from Bon Macaron Patisserie were beautiful as always, Malay-inspired South African Koeksisters (braided, fried dough dunked in icy sugar syrup) from Leon Zetler of Aubergine Specialty Foods were surprisingly complex with notes cinnamon and ginger in the coating, and Wildfire Bakery had croissant bread pudding (with hazelnuts, apricots, and figs) and fantastic oat bars.

Two very different pizzas also come to mind, one from Wildfire and the other from Toque Catering which showcased the intellectual and visceral sides of a familiar food. The first was a showcase of the individual ingredients: baby beets cooked tender crisp, torn basil, honey lemon goat cheese on naan, which was baked to a thin, cracker-like state. Wildfire’s creation made more sense as a whole: roasted Kabocha squash, Crimini mushrooms and caramelized onions with lactose-free Mozzarella on a chewy and substantial crust. It elicited an exhale of relief, something like a foodie’s ultimate hangover cure. 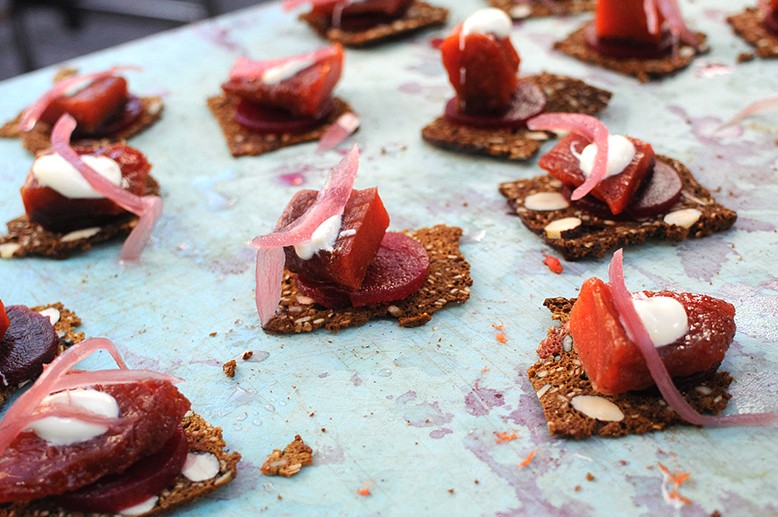 Trying to consider highlights is difficult, so I’ll confer the honour to Holly Brooke, a fellow EAT contributor who awarded “best bite” to Stage Wine Bar’s candied salmon on a house made seed cracker, calling it “balanced and beautiful.” The cracker doesn’t crumble like it usually does, though it did bend a bit before reaching my lips. The combination of picked beet, pickled onion, and candied salmon reminded me of ketchup (though ketchup was nowhere near it). A woman wanted to reach for one before the pickled onion was dropped — after waiting almost 20 minutes it was to be expected. But she got a polite “not yet” as the finishing touches were put on each morsel. I couldn’t help but smile.

The standout cocktail was made by Peter Hunt of Victoria Spirits. Called The Butchart Garden, it was a refreshing blend of Victoria gin, apple juice, elderflower cordial and muddled cucumber. I was smitten even before the first sip: the smell reminded me of a jar of my mother’s pickled vegetables, but with the vinegar sapped from it. The low acidity made it a convincing and contrasting alternative to wine and cider — not that there’s anything wrong with those, of course.

After the last of 720 Cortes Island oysters were served, the sun started to set and it was time to head home. Biking through weird, wacky Fernwood on a full stomach was the perfect way to end the evening.

PS: Special thanks goes out to Jed Grieve at Cook Culture for sponsoring this year’s Fernwood Bites. 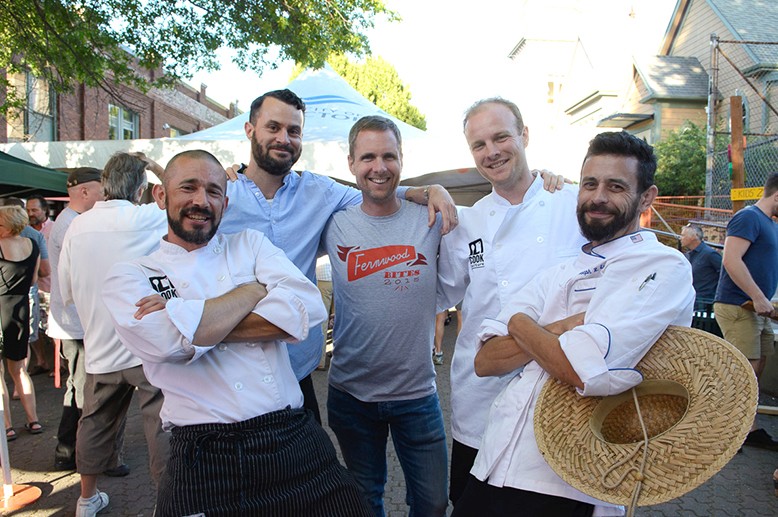 For the ninth year in a row Rancho Vignola is setting up its Vancouver Island Harvest Sale here at the Mary Winspear Center in Sidney. Many of ...
Read More
Season’s Greetings EAT readers! We at EAT are looking forward to all the wonderful seasonal baking on offer around the city. One of the great joys ...
Read More
Masterclass Candied Citrus Holiday ...
Read More
November | December issue on the stands. Read ...
Read More
Lang Vineyards is nestled on the Bench, and was the first to receive a Farm Gate Winery license in 1990, paving the way for other small growers to ...
Read More