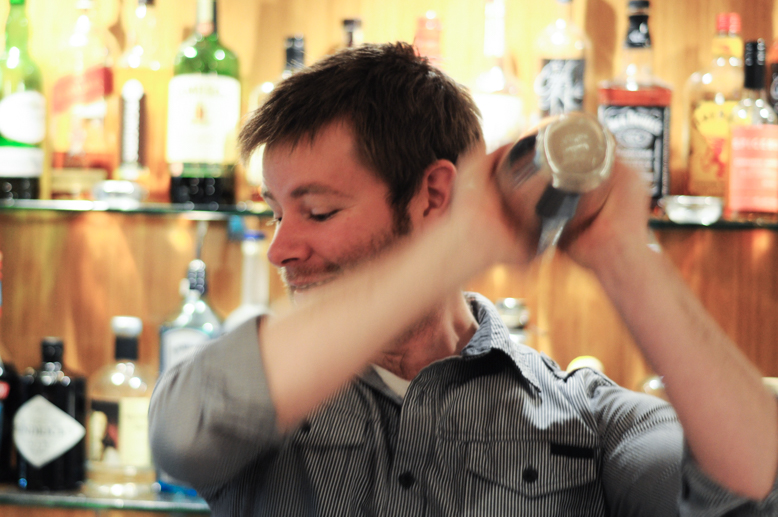 There’s a modest little place, and it’s easy to miss, downstairs on Yates below a record store and the Odeon, and most people don’t know how to pronounce the name: Cenote [suh-noh-tee]. Delve down, and it’s something strange and special; there’s usually a DJ or some kind of live music; sometimes the X-Files is playing on a TV screen; there are books everywhere (everything from Dante to Kierkegaard); and there’s a vintage figurine set of Jabba the Hutt’s palace. Also, it’s usually kind of packed with genuinely interesting people who, if you’re so inclined, will talk your ear off for hours—it really has a millennial Cheers vibe to it. It’s an interesting spot but, in the microcosm of the universe that is this article, that’s not what I’m here to talk about. 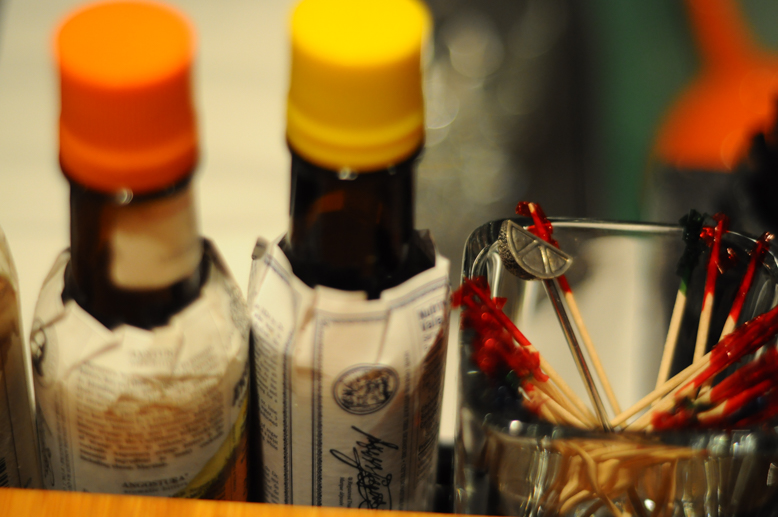 Specifically, Cenote has become my go-to for cocktails. Okay, that needs a bit of clarification: Cenote has become my go-to for cheap cocktails. When I say cheap, I don’t mean that in a derogatory “I love cheap beer” kind of sense.  Instead, the bartenders at Cenote make genuinely good cocktails for a good chunk below the price point of other cocktail hot spots in town, including Clive’s or Little Jumbo. More specifically, I’m here to talk about someone who, I think—though he would never admit it—is a bit of an up-and-comer in the Victoria cocktail scene: Scott Lansdowne.   Scott and I began Grad School at the University of Victoria—both in English—a couple of years ago. Even amidst a cohort of English majors, it was clear that Scott was extremely well read. Yet, curiously, he kind of disappeared from campus. I’d see him here and there, but every time I talked to him, his work at Cenote would come up. Eventually—and I hope he doesn’t mind me saying this—Scott dropped out, yet I kept seeing him at Cenote. And, while for the first few weeks, maybe months, I just ordered Blue Buck after Blue Buck from Scott, one day I said the classic annoying client dare, “Just make me something.” He excitedly did so, and it was good. I started ordering cocktails from Scott—from Manhattans to Americanos to whatever creation Scott currently had in the works. I talked more with Scott and, after he showed me his pretty cool bitters lab in the back of Cenote, what became clear is that for Scott that academic focus became directed to, well, the cocktail. I recently got together with Scott to talk cocktails, Cenote, learning-through doing, and a little-known Cenote secret, the bitters lab. 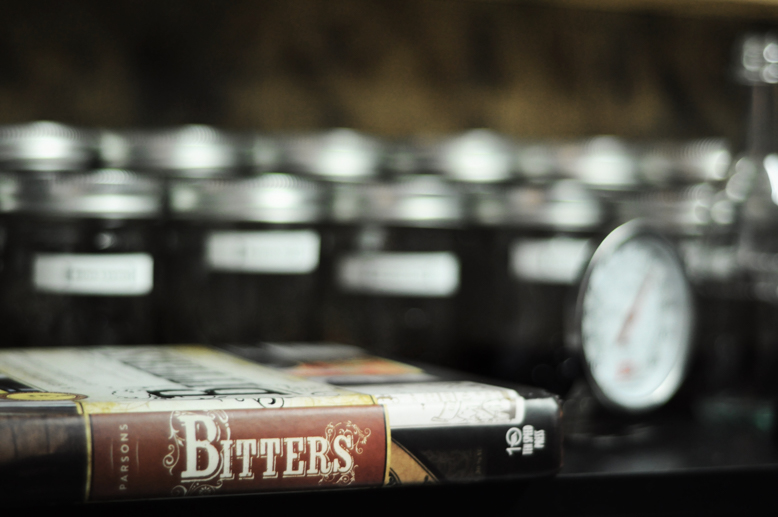 “I started working at Cenote as a Fooze Ball Team Captain. I told everyone I was the Fooze Ball Team Captain, and then I actually got hired,” Scott tells me. When asked about his cocktail origins, he’s pure modesty: “None of us [Tzeth, Scott, Kevin, and Marc], at that time, really knew anything about bartending—we knew how to pour beers and make highballs, but we just kind of learned on the job. We all taught each other, I guess. I just bought liquor and made twenty Old Fashioneds at home, trying to figure what it’s all about, how to make syrups, all that kind of stuff.” Admittedly, I’m tempted to reject what Scott’s saying on the grounds of his keen and maybe-not-so-well-known sense of modesty. He talks on, though, and the greater point he’s making starts to make sense: “The ethos that Tzeth, Marc, and Kevin had when they opened Cenote was that it’s a place where people can practice their art, their craft. If you want to learn how to do something, you can do that here. And that’s why they’re so encouraging to have that lab in the back, and to have people down here just doing weird, interesting shit.” It’s an almost institutional vibe, then; an interdisciplinary space where one—whether employee or clientele—can actively develop and refine their chosen thing (for me, that’s been drinking). 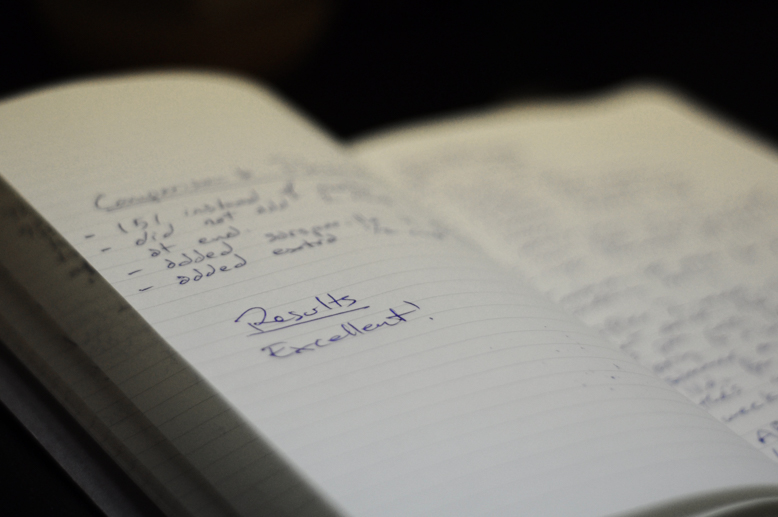 With that, we check out the bitters lab. It is, much like Scott admits, a modest affair—a cramped, concrete backroom in the bowels of Cenote packed with old, broken kitchen equipment. There’s a calendar of mystical looking crystals, for some reason, which has yet to be turned over to November. At first, it comes off as a ramshackle kind of space, but looking more closely, a sense of order and pedanticism comes through.   Mason jars with a range of labels sit, notebooks with painfully detailed notes lie open, and a pile of herbs, spices, and other exotic delights sits under a shelf, all while half empty bottles of 151 and Vodka lie about. I’m confused as hell—I have no idea how bitters are made—and ask how it’s done. “It’s pretty easy—the labour is pretty low—but the hard part is just coming up with something that you want to make.”   There are a good fifty jars, here, and I’ve no idea where to start. Given how subtle this whole process is due to how quickly ingredients extract and saturate when bitterizing (not a word), Scott’s the first to admit that some bitters experiments just don’t work out. He provides a sample of the spiced pear, and the name befits the taste: “So that goes great with rum, rye, bourbon, and it can go well with a vodka or gin if there are lighter fruitier elements. But it’s a shoe-in for any dark liquor.” Okay, so Scott is able to figure out how to make flavours, which at first glance might seem trivial, but it’s a decidedly difficult thing to describe, let alone make. Is, for instance, pear something that, with the right combination of words, is really describable? If that in itself is difficult, mimicking the flavor using spices, roots, and liquor is a whole other task. Sure, the labour is low, but a bitters lab is really something foregrounded by subtly, pedanticism, and a fanatical desire to understand how flavours entangle, interact and, well, work. 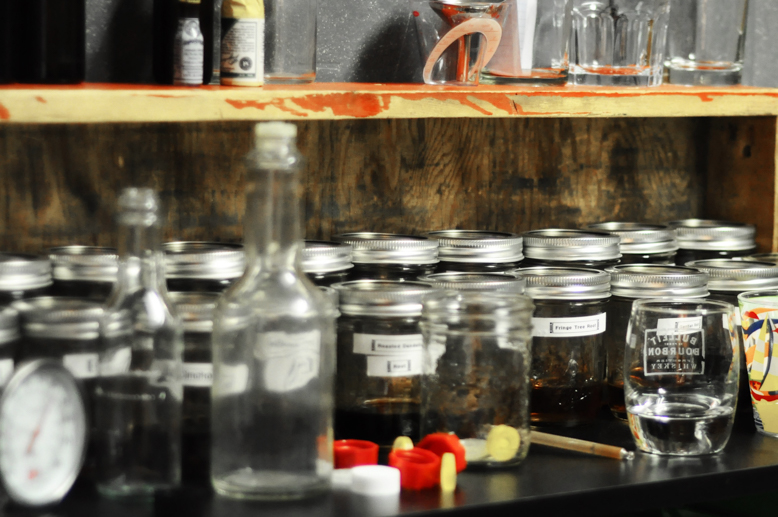 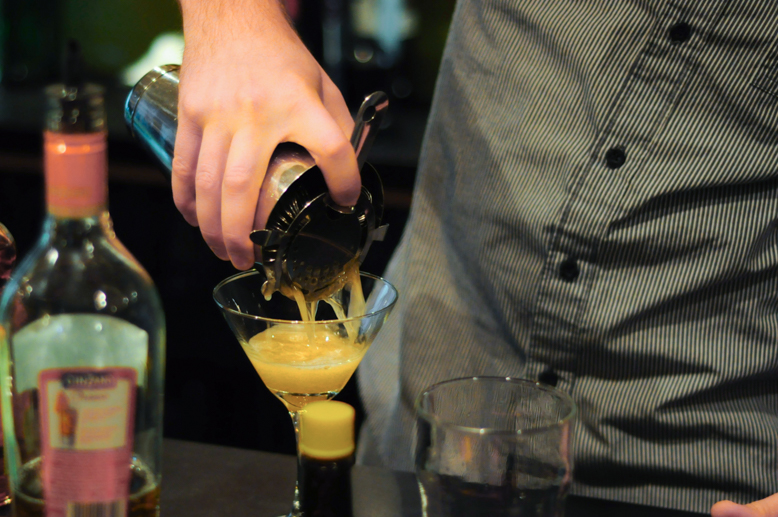 Back at the bar, Scott makes me an unnamed cocktail featuring the spiced pear bitters, composed of Bulleit Rye, Cinzano Orancio, ginger liqueur, and lemon juice. The hints of ginger and citrus are very strong, and Scott is right—the spiced pears bitters compliment the citrus and rye 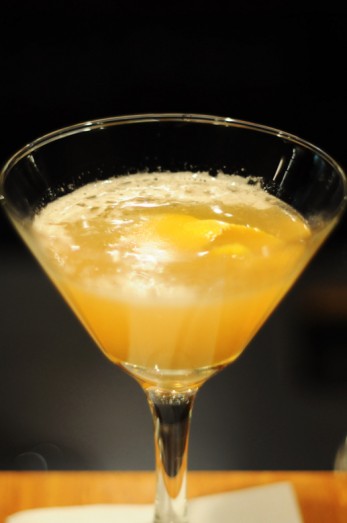 beautifully with a wonderfully dark, almost smoky sweetness. It’s strong, but refreshing; dark, but nuanced—a delicate thing. While I mostly talk to Scott at Cenote, and while, in this case, I sample only his cocktail creations, he emphasizes the point that he’s just a part of a greater whole—Mark, Kevin, and Tzeth, along with servers Elicia and Alisha, Scott tells me, each have their own distinctive creative cocktail styles. There’s a keen sense of collaboration, then, and of inspiring one another to produce exceptional cocktails and creations when, admittedly, resources might not reach the point of extravagance as venues like at Clive’s or Little Jumbo. Still, no matter how much experimentation, how much refinement might be sought here, Scott insists that cocktails are just one factor at play with Cenote: “We’re not a cocktail destination, but we get people who visit from out of town who are like ‘I need to visit Cenote.’”  It’s a quote that potentially undoes the intent of my article, but I immediately realize what he’s saying. He shrugs: “The drinks and the food are great here and that’s excellent. But primarily, we’ve always been about producing a community.”

For the ninth year in a row Rancho Vignola is setting up its Vancouver Island Harvest Sale here at the Mary Winspear Center in Sidney. Many of ...
Read More
Season’s Greetings EAT readers! We at EAT are looking forward to all the wonderful seasonal baking on offer around the city. One of the great joys ...
Read More
Masterclass Candied Citrus Holiday ...
Read More
November | December issue on the stands. Read ...
Read More
Santa Ynez Valley AVA, Central Coast, California, USA $43-50 Que syrah, syrah….  I think of this as the rallying song of the Central Coast’s ...
Read More