It takes strength to skin a dogfish. Chef Dan Hayes shows how it's done. Photo by P. Bagi 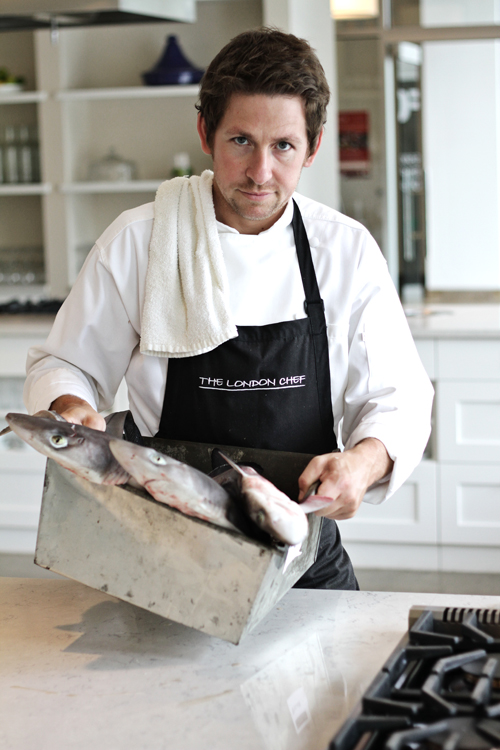 Dan Hayes has fish cred. He earned that cred by working for some of the top seafood chefs (Rick Stein, Mitchell Tonks) in the UK— gutting, scaling, skinning and cooking every known and obscure fish that was served in their London restaurants. And now Hayes is campaigning to put all the wasted fish, unintentionally caught as bycatch in the BC commercial and sport fisheries, to better use. Specifically, he is talking about the unloved dogfish, a particularly nasty-looking, difficult-to-breakdown, small shark found in west coast waters.

“Until the methods of fishing are improved, dogfish will continue to be caught and discarded as trash. They can’t be thrown back. So I say, let’s use them.”

Says Hayes, “If you want to look at sustainability, people will look at dogfish and see it’s black-listed because it’s susceptible to over-fishing, but the fact is these fish are already being caught in the commercial fishery and are dead. Until the methods of fishing are improved, dogfish will continue to be caught and discarded as trash. They can’t be thrown back. So I say, let’s use them.”

British Columbians aren’t eating all these dogfish and Hayes has an idea as to why. “It’s not an easy fish to deal with. Possibly, one of the main reasons that dogfish isn’t utilized is it’s not salmon, it’s not halibut—you can’t just slap it on a grill. It’s quite hard to prepare. You have to skin it and peel it, but once you get there, you’re fine.”

In the UK, dogfish is known as Huss or Rock Salmon. They are often used in fish ‘n’ chips. “It stays very moist,” says Hayes, “while halibut can dry out during frying.” I watch as Hayes demonstrates how to clean and prepare dogfish. Although tricky to work with (“you need to know its anatomy”), once the fillets are prepped you have a beautiful, fresh fish that resembles a long, white with an almost pinkish tinge, eel.

Hayes is cooking two of his favourite recipes using dogfish for me—the first is his take on a British-style fish fry; the other is an Italian-inspired, dogfish osso buco. When I taste the results, I’m impressed. The fish is delicious—soft, delicate and moist—and I’m amazed we don’t eat more of it.

“I think the important thing to remember about using dogfish is we aren’t cubing up rubbish and trying to make the most of it; it’s really, really good. It’s an excellent fish.” 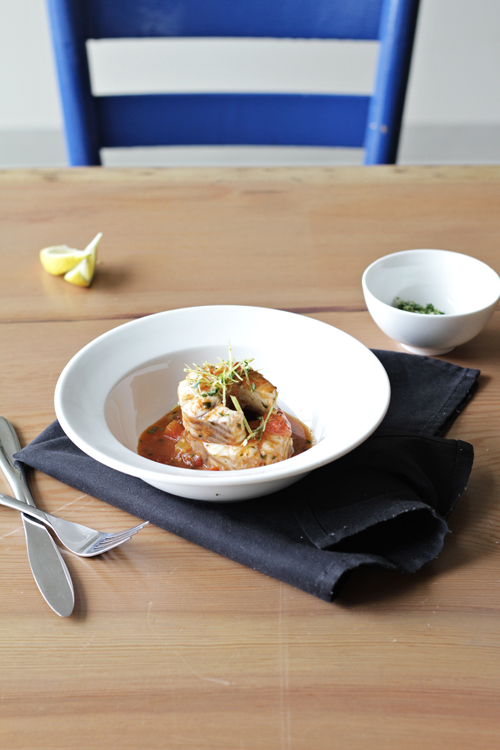 November|December issue on the stands. Read ...
Read More
Our two days in Calgary were action packed and inspiring. We arrived on time for lunch at one of my favourite restos in Canada, The River Cafe. That ...
Read More