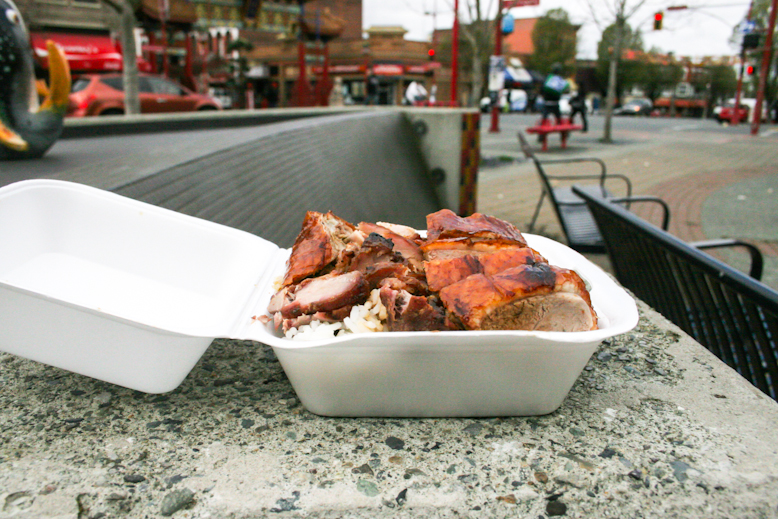 Loy Sing Co. (554 Fisgard) is a small butcher shop in the heart of Chinatown, which incidentally also serves barbecue pork, duck, and chicken.  The cheap and consistently delicious items are advertised on a series of handwritten placards, taped up here and there behind the counter.  If you plan to dine in, you will have to take your chances with seating—there are only four plastic chairs available at the back, and they are usually occupied.  A combination of pork and duck on rice with a splash of sauce over it, however, is worth the visit.  Take it to go, and eat in the sunshine at city hall. 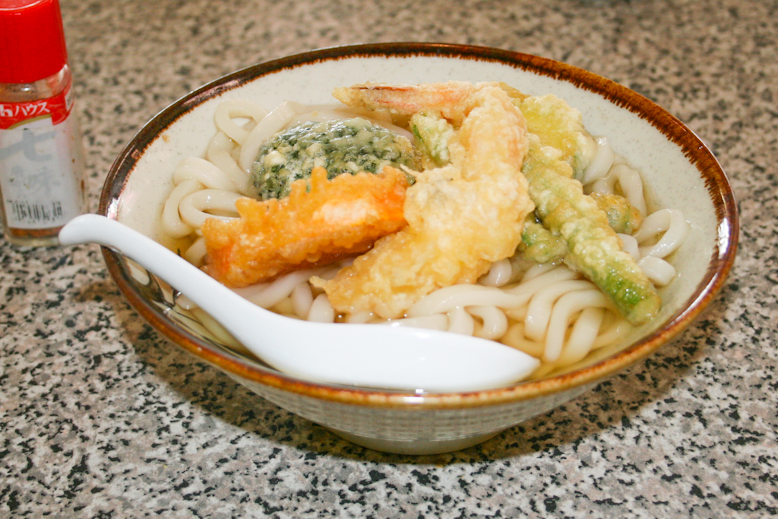 Part grocery, part downhome Japanese cooking, Sakura (1213 Quadra) is hidden in a nondescript building beside the market at Yates and Quadra.  The unusually large number of staff behind the counter seem to be constantly occupied with the production of sushi, udon, and bento boxes.  Everything I’ve had there has been delicious.  The sushi is also incredibly affordable.  Not only all this, but Sakura also provides one stop shopping for anyone wanting to make Japanese dishes for themselves at home.

I realize that the food at Swiss Chalet (3233 Douglas) is a known commodity (I’ll spare you the photo).  It is to genuine Portuguese Churrasco what the shadow figures in Plato’s Cave are to true humans dwelling in the glory of the conscious sun.  This said, in the franchise beside Mayfair Mall, at just the right moment in the late afternoon as the sun blinds come down, casting slats of light over the myriad of silver headed diners, something magical happens.  The dust seems to hang suspended in the air, as though time has paused at its labours.  This Swiss Chalet is the Platonic ideal of seniors dining, and for the atmosphere alone I give it a good review. 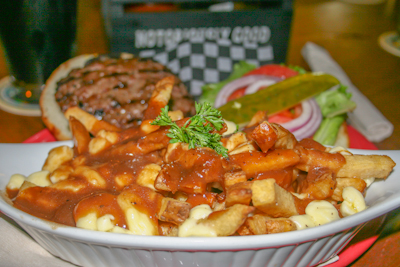 There isn’t much to poutine.  It is only fries, cheese curds, and gravy.  Yet the details matter.  The fries have to be just so, the curds have to be added at the right second, and the gravy has to be the correct temperature and consistency do its job.  You wouldn’t think any of this would be so important, since the regular way to eat poutine in Quebec is roaring drunk in a diner at 4am, but important it is.  A bad poutine can ruin a good night the same way a cheesy song coming up on your playlist can ruin sweet lovemaking. As a veteran of many 4am poutines, both in Quebec and across the nation, I was wary of trying anything outside the borders of the Belle Province, but actually Logan’s Pub (1821 Cook) does the job; it’s authentic and delicious, and their kitchen is open until midnight. 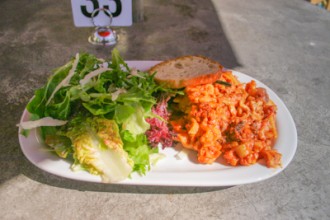 If you ever have the wherewithal to wander out to the quaint set up they’ve got going in Oak Bay, you should have lunch on the patio at Ottavio Italian Bakery (2272 Oak Bay).  Besides baking their own bread, they have a big selection of French, Italian, and Spanish cheese.  There is also a selection of specialty items (including the much coveted Koslik’s mustard), desserts, and other good things.  I had a scrumptious farfalle in rosé and cream sauce there, served with a mixed greens salad and a couple of slices of in-store-made toast.  I expect that this place is probably not a secret to anybody, but I felt I should jog your memories nevertheless, because the selection of cheese at downtown markets is often woefully underwhelming.

Vancouverites are about to discover what countless visitors from around the world already know. Salt Spring Island is B.C.’s worst kept secret, and ...
Read More