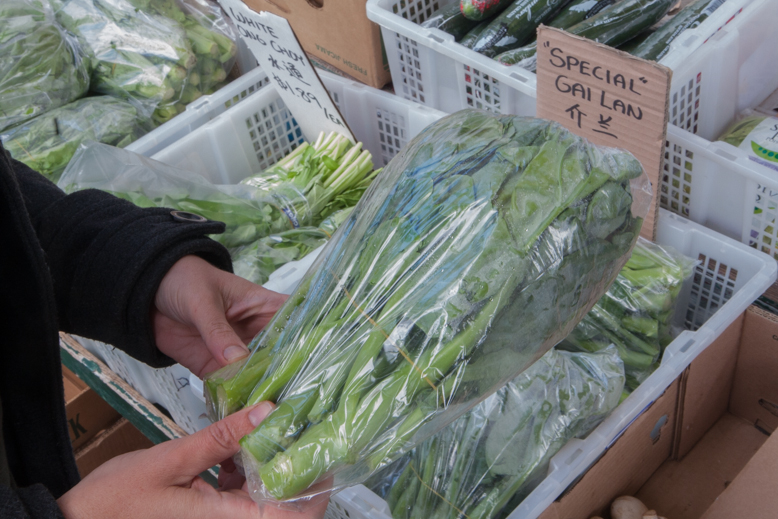 I’ve never seen Chef Heidi Fink in the weeds in a restaurant kitchen. But if I did the time warp and found myself wearing whites at Rebar Modern Food many years ago, I’d have absolute faith in my executive chef. In our whirlwind one-hour version of her Chinatown tour, I got to see just how funny, spunky and razor-sharp she is, and being her “special student” for an afternoon was a real honour.

Since making the decision to leave her gig at Rebar to start a family, Chef Fink built what was arguably the first culinary teaching practice in the city. Her early classes at community centres made her a household name in Victoria, and when cooking schools started popping up, she was ideally positioned to lead them. She’s also written some amazing articles for EAT (including a longer form article like this for the 150th anniversary of Chinese settlement in Canada) and maintains her own blog, making writing about her a little daunting! These days she’s an instructor at Camosun College’s Culinary Arts program, runs many sought-after courses for home cooks outside the school, and takes every second Sunday to run an incredible two-and-a-half-hour culinary tour of Chinatown. 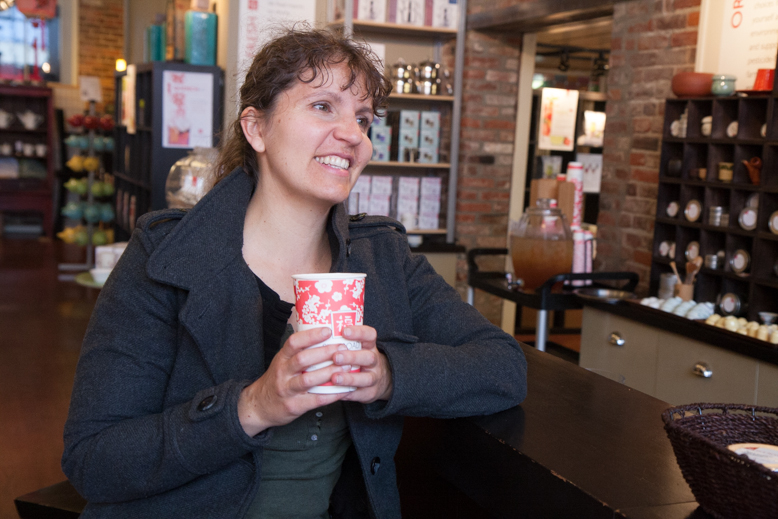 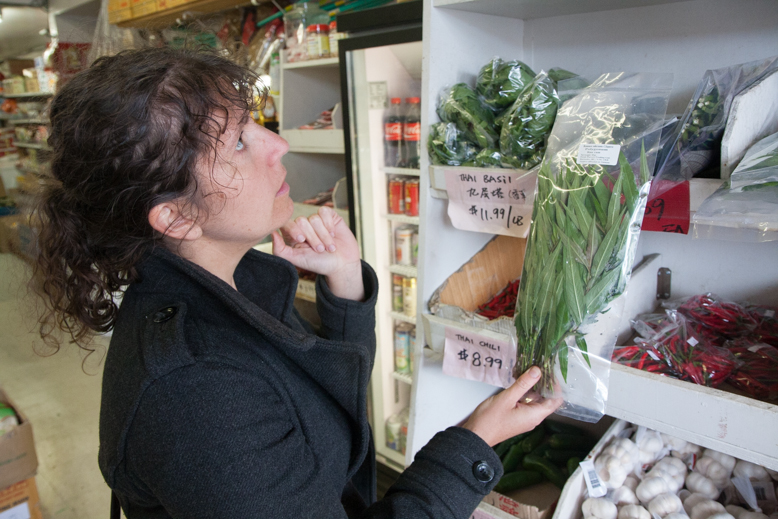 “The Chinatown tours happened because one of the women who had a cooking school I taught classes for wanted to know more about Chinese cooking,” Heidi said. They went on another tour and the guide couldn’t answer some of her friend’s more specific questions, leaving the well-traveled Heidi to whisper the answers in her ear. After that, “she said I’m not letting it rest until you do one of these tours!”

Onto the good stuff. Heidi’s tour is very detailed and includes tons of ingredients, but here are a few standouts that deserve a spot in your pantry.

“One of the things that people struggle with is making rice noodle dishes that don’t disintegrate, and one of the big problems is they’re not buying the right brand,” says Heidi. “They have to be soaked, in warm water, not hot water, not boiling water, and not for too long, 20 minutes max. They should feel like a rubber band.”

“The other thing is it’s very difficult for a Westerner to get the pan to a high enough temperature with enough oil that it doesn’t stick, so what you can do is very cunningly stirfry your veggies and stuff, throw in whatever sauce you’re gonna put in and then cook it in the sauce and they come out silky every time.” 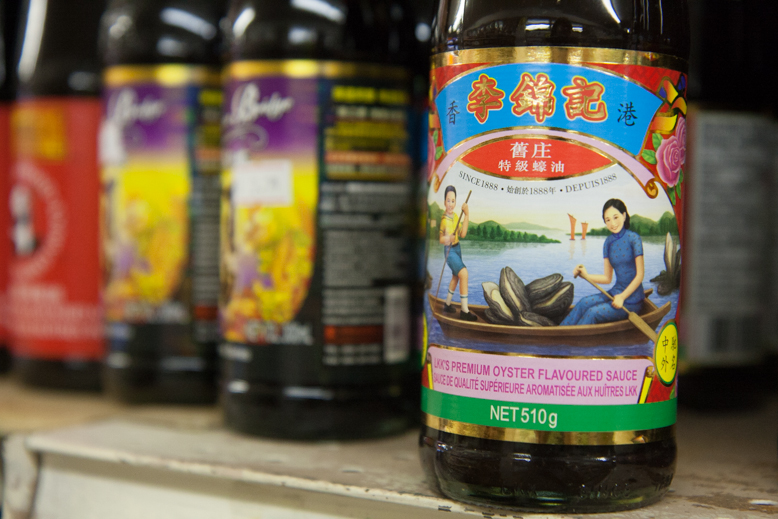 “This particular brand, because it is the premium! This is no doubt the best, it’s so good. I use this in lots of things, vegetables, steak, it’s like the secret sauce. You can use it in so many different ways, not just in Chinese food but as a nice flavor puncher upper for a lot of things. You can throw a tiny bit in gravy and stuff, it’s very handy.” 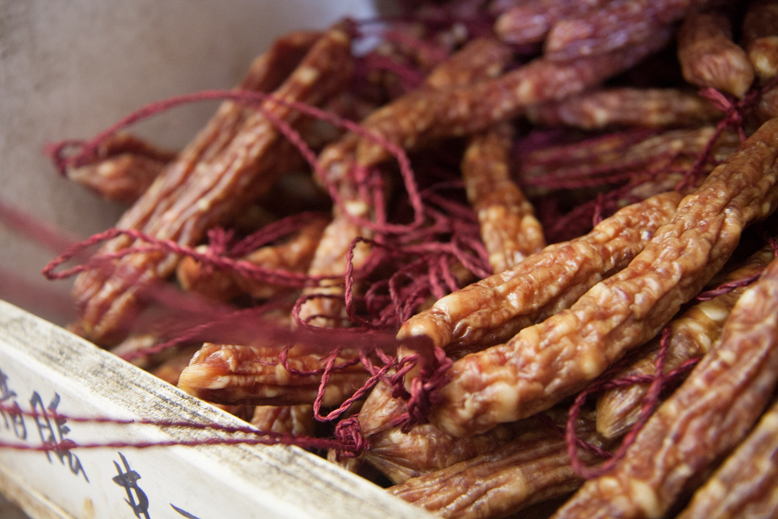 These are a sweet-tasting, very rich sausage that you steam cook for about 15 minutes to render out the fat and soften them. I often slice these up on top of perogies in my own lazy version of fusion cooking, but Chef Heidi has a better suggestion: “I usually do the thing where you slice them up really thin and put them on top of rice as the rice is cooking so it flavors the rice, or it’s good just as a breakfast item. I’ll usually steam them first and slice them up into omelettes or scrambled eggs.” 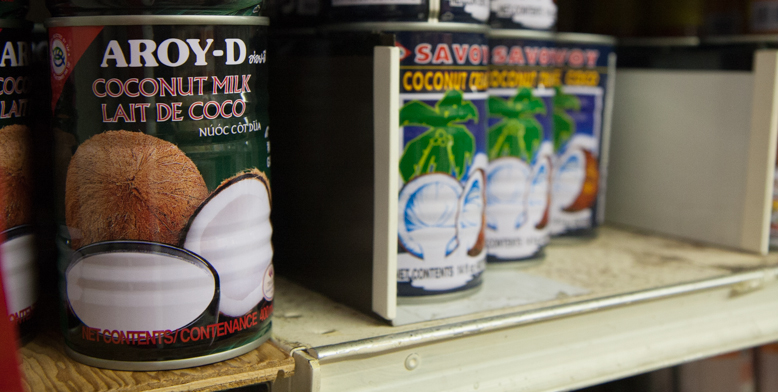 Chef Heidi grabs a can and holds it to her head, shaking it gently. I’m confused. “You’re listening for nothing,” she says. “Seriously, I’m not joking with you. Coconut milk is solid at room temperature, if it’s liquid it’s been cut with water. This is the biggest trick I tell people. I’m totally waiting for someone to tell me they met the love of their life shaking coconut milk; I always tell people that’s the secret Chef Heidi Fink handshake.”

“Dark soy is a key ingredient in a lot of Chinese recipes, specifically this time of year if you wanna make some really good Chinese ribs you need some dark soy. Less salty, but more intensely favored, much darker and more of a syrupy texture so it’s used as a marinade. Dark soy, garlic, ginger, green onions, marinade your ribs in it overnight.” 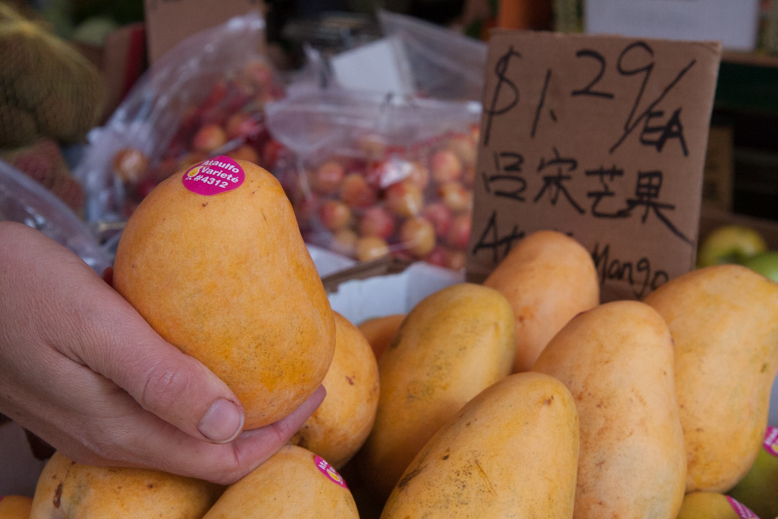 “This is an Ataulfo mango, my favorite type. These are fabulous, they’re from the Philippines and they have a really skinny little pit inside. Even though they’re smaller you get the same amount of flesh as the bigger ones, but there’s no strings. These are like smoothy and custardy kinda like a nectarine. They’re the only kind I buy.”

“Vegetables are a really great way for people to get started eating things from Chinatown because even if they’ve never used Gai Lan before they’ve probably used Bok Choy and it’s not far of a jump to start using some of the other choys. Gai Lan is definitely one of my favorites for sure. Imagine if broccoli had tons of leaves and only a little floret at the top. Very accessible, it tastes like broccoli-ish.”

“I have a really good recipe for garlic greens, just tons of garlic, chilis if you want, and you sauté that with any kind of oil, coconut oil if you want it to be more Asian, or olive if you want it more Mediterranean, or butter, bacon fat, anything. Sauté it until it’s kinda sticky and the sweetness is coming out of the garlic, and then throw in the water, chopped greens, and you can do it with any one of these greens. I did it last night with Su Choy or you could use broccoli or kale. You can make a pasta out of it, have it as a side dish, put it in an omelette.”

“The deep fissures in the caps like that are a sign of really high quality, as opposed to the Chinese ones even though these are both types of shittake mushrooms. So you want to get the Japanese ones, and you can use them in any recipe that calls for Chinese black mushroom.” 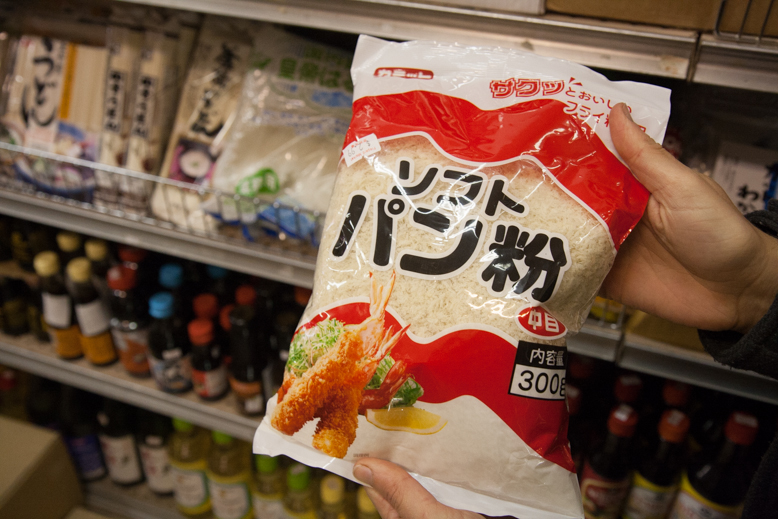 “Oh oh oh my god, you totally have to write this down,” said Heidi, grabbing a brightly coloured bag off the shelf. “Panko, way cheaper! And way better. $2.99, you’d pay like six bucks elsewhere, and panko is something you use in all types of cooking. I use panko all the time and literally hardly ever bread stuff, but I still find myself using it all the time.”

“If I need breadcrumbs to thicken something I’ll just grab it and throw it in there. My kids also really like fish that’s breaded slightly, halibut, snapper or basa/tilapia. Dip it in seasoned egg white and crumbs then fry in butter. I always just use panko for those things, or you can put panko in meatballs, salmon cakes, crab cakes and I just grab a handful. They’re just so light and crispy, they’re a really foolproof. It’s there, never goes bad and it’s really expensive anywhere else.”

Make sure to check out Chef Heidi’s website to read her writing, subscribe to her newsletter, and check out her upcoming classes and tours. She’s recently been on medical leave for a concussion sustained while owning at Ultimate Frisbee (seriously) but she’ll be back in September with a full fall schedule.

The article on L’Apéro in the May|June issue should have stated Chef Andrea Maiolo staged at The Courtney Room and Zambri’s and that he held the ...
Read More
May|June issue on the stands. Read ...
Read More
VANCOUVER, Canada – EPIC: The Vancouver Sun Sustainable Living Expo returns for its fifth year as Western Canada’s largest smart lifestyle ...
Read More