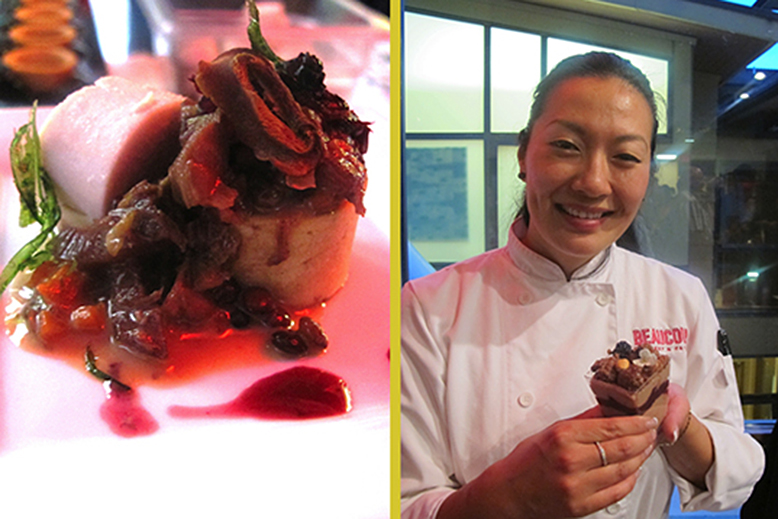 It started out as a small cooking class at Barbara-Jo’s Books to Cooks; a tiny little fundraiser a residence and care centre in the West End for those living with HIV/AIDS. The Dr. Peter Centre opened in September 2003, and that was the first year that food writer and stylist Nathan Fong held Passions, an annual fundraiser for—and at—the Dr. Peter Centre.

In that first year, there were nine chefs, 100 guests and $7,000 raised. Fast-forward a decade and Passions has become one of the most important food events in Vancouver, with chefs vying for the chance to wow guests with their culinary creations (and one-up their colleagues). This year, two dozen of the city’s top chefs gathered to put on a feast for hundreds of guests who paid upwards of $250 for the privilege of attending what has been named Vancouver’s best “boutique” fundraiser. The result was some very happy palates and the surpassing of the million-dollar mark in funds raised over the last ten years. 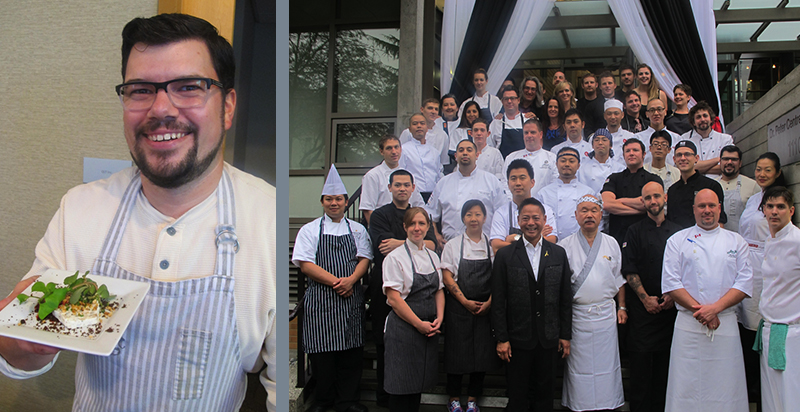 Left: Forage EC Chris Whittaker with his mushroom and fromage frais terrine with wild greens
Right:Nathan Fong (front, fourth from left, with all of this year’s participating chefs and mixologists

The winner for me, however, was one of the simplest dishes there, a charred leek and vegetable terrine with romesco sauce from owner/executive chef Andrea Carlson of Burdock & Co. The study in textures and flavours made for a wholly satisfying mouthful of over-the-top umami.

And, lest you think it’s all about the food, think again. Mixologists Lauren Mote of Bittered Sling and Grant Sceney of Fairmont Pacific Rim were on hand creating food-friendly cocktails like Sceney’s Shiso Classy. Picture Victoria gin infused with shiso, Osake Junmai Nama Nigori sake, ginger-honey syrup with Bittered Sling Moondog bitters, and a fresh shiso leaf. Or Mote’s The Associate, another gin concoction with black tea, bergamot, auburn crab apple, lemon, and Bittered Sling Lem–Marrakech bitters. It was the perfect finish to an outstanding night.

For the ninth year in a row Rancho Vignola is setting up its Vancouver Island Harvest Sale here at the Mary Winspear Center in Sidney. Many of ...
Read More
Season’s Greetings EAT readers! We at EAT are looking forward to all the wonderful seasonal baking on offer around the city. One of the great joys ...
Read More
Masterclass Candied Citrus Holiday ...
Read More
November | December issue on the stands. Read ...
Read More
(Osoyoos, BC, April 20, 2013) – The first Canada-wide oyster wine pairing competition sponsored by Codfathers Seafood Market , EAT Magazine ...
Read More