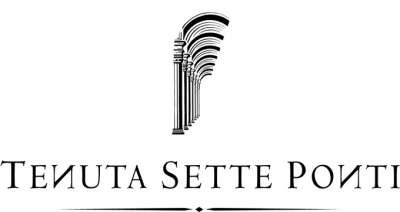 Tenuta Sette Ponti is a Tuscan based winery that produces wines from different areas in Italy. The winery is headquartered in Chianti, with their oldest vines dating back to 1935, planted by Duke Amadeo d’Aosto vice-king of Ethiopia, in remembrance of a victory. The property has passed through numerous members of Italian royalty until the late 1950s, when architect Alberto Moretti bought it from Princesses Margherita and Maria Cristina di Savoia d’Aosta. In 1996, Antonio Fioravante Moretti, Alberto’s son, took over, and promptly brought top Italian winemaker, Carlo Ferrini, on board. Ferrini also works for other prestigious Tuscan estates such as Fattoria di Petrolo, Talenti and Brancaia.

First on the tour were the Feudo Maccari wines from Sicily. The average age of the vines of this vineyard in the south east corner of Sicily are between 10-50 years. It is here that Nero d’Avola is at home and the two wines tasted showed the different quality levels that this grape can achieve. The Feudo Maccari Nero d’Avola ($20) was bright and fresh and if served slightly chilled would be the perfect partner to any charcuterie plate. The Saia ($35) was much more structured and showed more aging potential while still maintaining the same bright acidity and ripe red fruit. These high levels of acidity were attributed to the bush vines of the vineyards according to Stefano Maggini. “Most vineyards have switched to the cordon training, but we prefer the fruit that is produced from the bush vine.”

From the Island of Sicily, Maggini moved us to Podere Orma. This wine, which means footprint in Italian, is from a vineyard that has some serious pedigree, located between Ornellaia and Sassicia. The 7-hectare vineyard was a joint venture between Gianni Gagliardo from Barolo and Viader winery in California. It was sold to Tenuta Sette Ponti in 2005 and is planted with Cabernets and Merlot. Considering the location and price tag of the neighboring wines, Podere Orma can’t be beat at $79 in BC.

From there we moved on to the Crognolo. This Sangiovese and Merlot blend is named after a bush that grows in the vineyard, and is only $35 on our market. Again, fine value for the price.

Their flagship wine is Oreno ($85) and is named after a river that crosses the property. The 2007 vintage was the last to have any of the indigenous Sangiovese. They have started to focus more on international verities such as Cabernet, Merlot and Petit Verdot. Stefano Maggini explains that Sangiovese is so hard to ripen and temperamental that logistically it made more sense to plant Cabernet and Merlot, both of which can ripen weeks ahead of Sangiovese. The 2006 and 2007 both had up a splash of Sangiovese and I felt it really livened the wines with freshness and aromatics.The addition of Petit Verdot and the subtraction of Sangiovese in the 2008 and 2009 made the wines richer and fuller. Both showed better cellaring potential, and should be laid down for a few more years.

For the ninth year in a row Rancho Vignola is setting up its Vancouver Island Harvest Sale here at the Mary Winspear Center in Sidney. Many of ...
Read More
Season’s Greetings EAT readers! We at EAT are looking forward to all the wonderful seasonal baking on offer around the city. One of the great joys ...
Read More
Masterclass Candied Citrus Holiday ...
Read More
November | December issue on the stands. Read ...
Read More
...
Read More