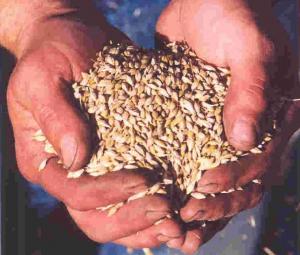 The National Farmers Union is calling upon all concerned farmers and allies to submit comments about significant regulatory changes to Seed Variety Registration.

The proposed regulatory change has been posted in the Canada Gazette Part 1 and will be passed into law as is unless large numbers of citizens make their opposition known.

The changes proposed will have two critical effects: move registration of soybeans and all forages from Part I to Part III of Schedule III under the Seeds Regulations; and permit registrants to cancel the variety’s registration. This will make seed sales of that variety illegal and require that crops grown from that variety be classified as sample or lowest price and quality.

Crop kinds under Part I will continue to be treated the way all varieties have been until now; before a new variety is registered it must meet merit criteria (i.e., it must perform as well as or better than reference varieties for one or more criteria established for that crop kind); and it must be recommended by a Recommending Committee of experts familiar with the crop. Under Part III, a variety can be registered without field-testing or proof of merit. The registering company only has to provide basic variety registration information to the Canadian Food Inspection Agency (CFIA).

The proposed change in regulation will also allow companies that have registered a variety to de-register it without giving reasons or notice.

The implications of these regulatory changes for farmers are far-reaching. If adopted, the regulation will:

·         Permit companies to take varieties off the market whenever they like, which will increasingly force farmers to use only varieties subject to royalties under the Plant Breeders Rights Act or varieties with gene patents, and thereby pay more for seed.

·         Empower companies to introduce new varieties of soybeans and forage crops – including alfalfa – that have not been field-tested for merit and which therefore may not provide any benefit to farmers.

·         Allow seed companies to transfer to farmers’ shoulders all risks of poor seed/crop performance when planting varieties that have not been field tested by independent third parties.

·         Transfer decision-making about which new varieties are introduced, and when, from a transparent, publicly accountable process based on expert advice offered by Recommending Committees to a behind-closed-door process controlled by private seed companies.

For the ninth year in a row Rancho Vignola is setting up its Vancouver Island Harvest Sale here at the Mary Winspear Center in Sidney. Many of ...
Read More
Season’s Greetings EAT readers! We at EAT are looking forward to all the wonderful seasonal baking on offer around the city. One of the great joys ...
Read More
Masterclass Candied Citrus Holiday ...
Read More
November | December issue on the stands. Read ...
Read More
Cheese—the finish to a great meal, the perfect partner for a glass of wine or beer, and an essential component in many of our favourite comfort ...
Read More