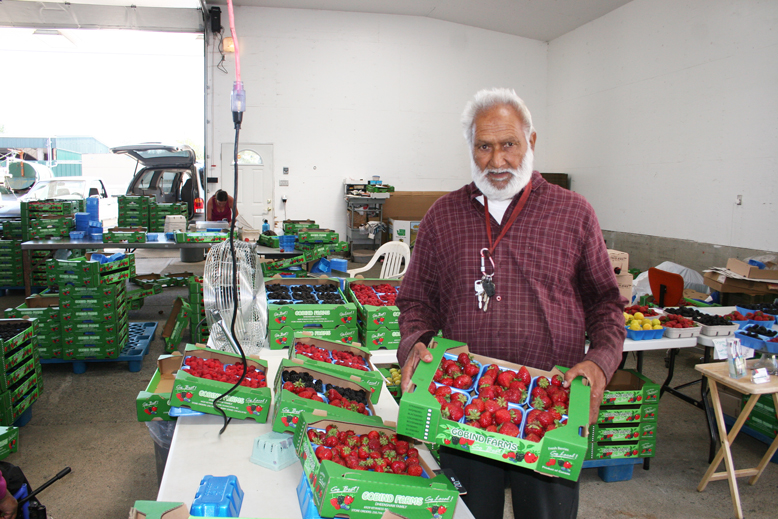 Biking up the Lochside Trail to visit Gobind Farm, I was struck by memories of my childhood when it used to be possible to drive out of Toronto and suddenly be surrounded by farmer’s fields, roadside vegetable stalls, and generally the sense of sun-warmed open air.  Those Toronto days are long buried now, though, under a push out from the core by bulldozers, and the neat stacks of monochrome subdivisions that creep along behind them.  This is something that makes me happy about living here in Victoria; not thirty minutes out from the downtown core and I was rolling along through a wide pasture, like a displaced boy from a D.H. Lawrence novel, with a wide grin on my face.

Rebecca the Berry Girl had informed me a couple of weeks ago that I absolutely had to come to Gobind and visit their Berry Festival, and who was I to refuse?  I wasn’t sure what a berry festival would entail—I imagined myself being drawn around in a Cinderella-type carriage, shaped like an enormous strawberry, while little talking mice with blackberries for boxing gloves sparred around me on the purple velvet seats—so I wanted to see.  The berry festival was not quite as I imagined, but I was still pleased by the entertainments I discovered. 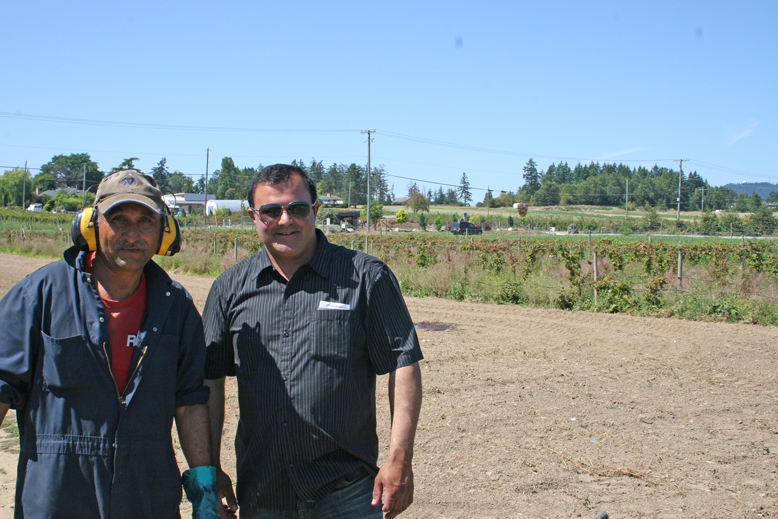 The main attraction was a large juicing truck, parked beside one of the berry storehouses. Hundreds of pounds of berries can be crushed every day into juice with this mighty machine.  The berries go into a gaping metal mouth at the top, then the pulp comes out in one direction and juice in the other.  I felt like a spectator in the nineteenth century, looking up at a new marvel of steam technology.  The juicer was such an unusual contrast to the rest of the farm where all other things, every berry on the stem, is picked and packed by hand.

I talked a while with Satnam, who now runs the farm for his family.  He told me the story of the business and the troubles of farming.  Satnam’s father came from India in 1960, worked in the mills for years and then decided he wanted to go back to working the land, the occupation of his youth.  Gobind Farm has grown from five acres to ninety and now provides berries and vegetables to markets all over the Island. 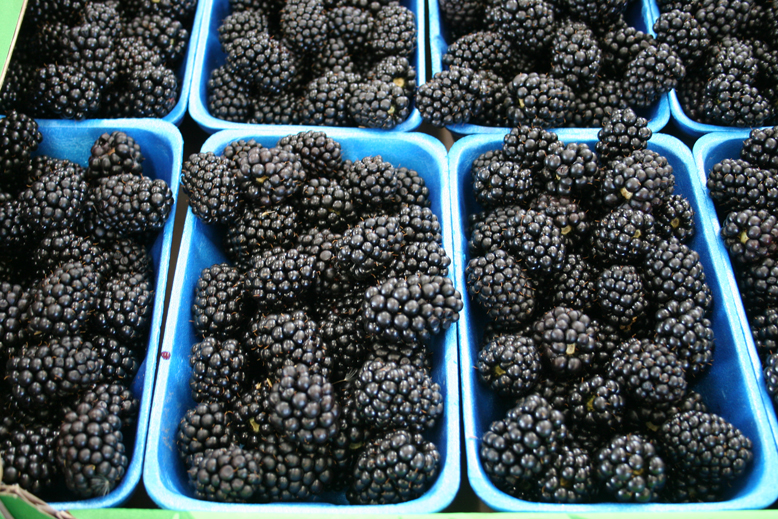 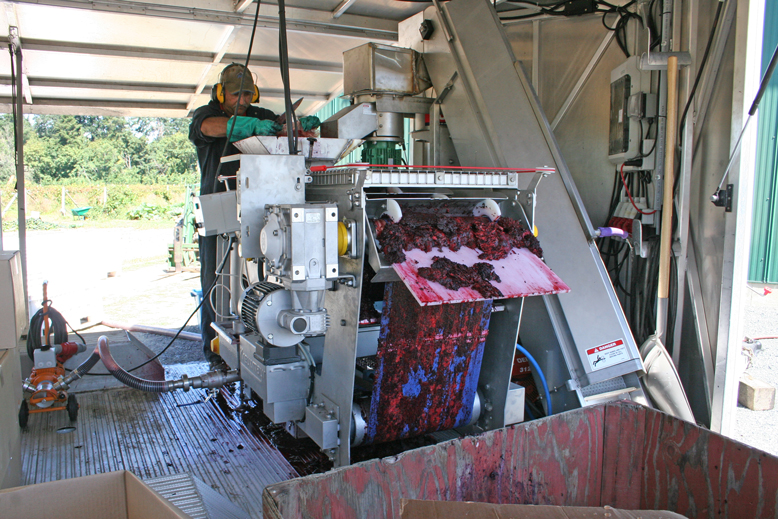 The business is always a labour of love, rather than a profit venture, Satnam tells me.  Producers on the Island are constantly competing against cheaper (and generally inferior) American products from the South.  People often don’t understand the costs involved in running a local and ethical operation where workers are paid fairly versus a massive factory operation with the resources to churn out cheap products.

The main difference, of course, is in the flavour. Satnam showed me a ripe blackberry, as it should be.  Each berry is picked by hand at the moment of ripeness, so every flat that goes out to the markets is of the best quality.  I learn that many places are selling produce they claim is local, but in fact it is all a ruse.  With Gobind, he tells me, you know that the stuff you buy has just been picked.  You know it is fresh.

The people at the berry festival get this.  They are walking out with fruit, jam, juice, and bundles of zucchini.  I let the juice of a few extravagantly ripe plums run down my chin and I happily pedal back to the city.  The country air has done me some good.

Have you ever found yourself wandering aimlessly around the liquor store for what seems like hours searching for that perfect wine for a special ...
Read More