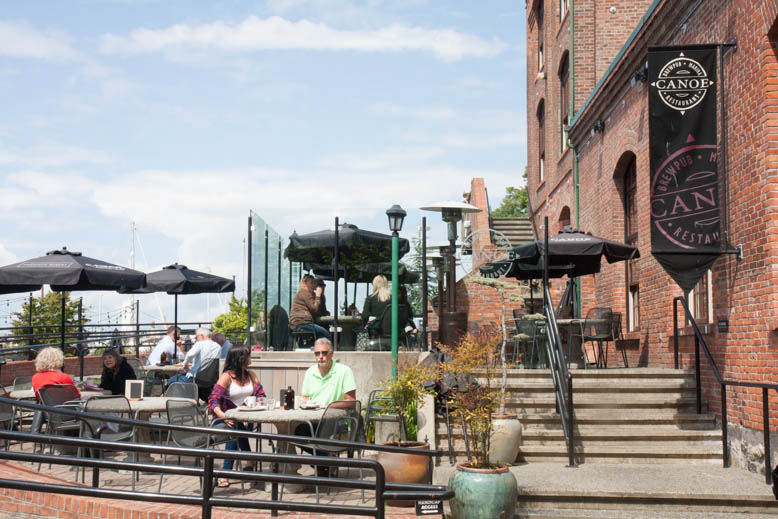 The recent changes to British Columbia’s liquor laws haven’t been well received by everyone. While happy hour is now officially sanctioned, and many outdated rules have been overturned, the new minimums mean that some bars have actually had to raise prices. The minimum for a 20-ounce pint is now $5, and a 60-ounce pitcher has to be at least $15. Even 12-oz sleeves are now $3 at a minimum, and keep in mind these prices are pre-tax.

While plenty of ink has been spilled on the subject already, most of it has focused on the potential to hurt small businesses that have traditionally charged less for a pint. The new legislation has been accused of disproportionately helping larger chains that already charged more than Legion halls or small-town bars; legalized happy hour and fixed minimums means less price competition between the big players, while smaller spots have to raise prices.

What’s gone largely unmentioned is the reasoning behind these price increases. Setting a good baseline is often a struggle between keeping the product at a reasonable cost, especially for those with lower incomes, and reducing consumption. I was surprised to find that pricing only takes up one page in the official Liquor Policy Review Report, and none of the “health advocates” mentioned are quoted, nor are any statistics listed.

It’s strange, considering how powerful a tool pricing can be. According to a 2012 study done right here in BC, a 10% increase in minimum pricing for alcoholic drinks lead to 16% less consumption compared to other beverages. These unnamed health advocates, as well as the BC Liberal government, know that higher minimum pricing will help reduce what economists call externalities; the costs incurred by higher rates of crime, delinquent kids, and health issues that are directly linked to alcohol abuse. 51-ounce pitchers of Carling Black Label, like the ones they used to serve for only $10.75 at The Cambie in Vancouver, are considered as much greater risks than a $5 or $15 pint of a pricier craft beer.

Whether you think the government should be setting prices this way is an issue for the ballot box (though BC’s notoriously low voter turnout makes a representative decision unlikely.) But no matter how you look at it, there is one area in which the new Happy Hour rules are making a delightful difference: reduced prices on higher-margin products, which if you’re anything like me, means cheaper craft beer. 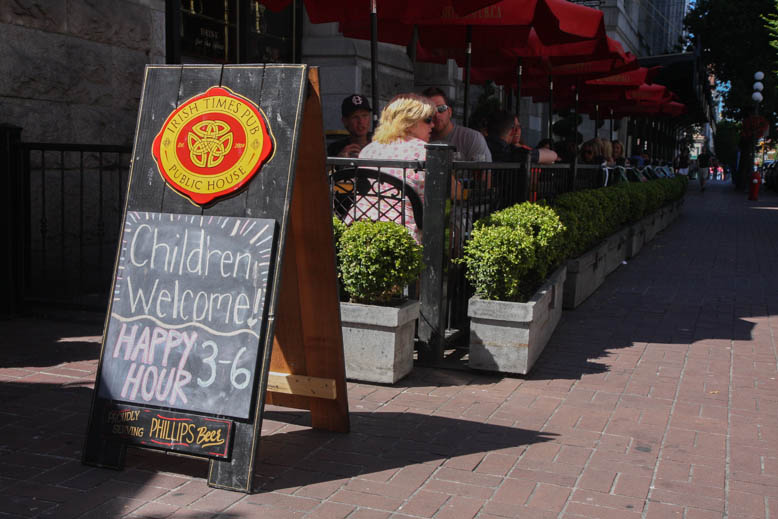 Happy Hour has always been an opportunity for restaurants and bars to keep up traffic during the lull between lunch and dinner, and if you happen to be mobile during that period (say, if you were a freelance writer, for example) it’s a great opportunity to snag a deal — and you just might prevent a hard-working server from being “cut” and sent home early due to lack of business.

Though many businesses are still adapting to the change in legislation, here are a few spots in town where you can already sample some of Victoria’s finest brews at heretofore-unseen prices.

The massive bastion of Victoria bars, Vic Pub Co., has launched into Happy Hour with gusto, offering “real pints” of local beers for $5 from 3-6pm every day. Phillips, Hoyne, Driftwood, Lighthouse, Parallel 49, Steamworks, and Stanley Park beers are all available.

The “Canoe Club” is offering all of its in-house brewed beers at $5 a pint every day from 3-6pm, along with snacks, feature wines and highballs. Best patio downtown for sure.

Between 3-6pm local brewmasters Spinnakers are serving up “Hoppy Hour”, featuring pints of their daily-selected cask-conditioned beers for $5 and pitchers for $15. They’ve also got a $10 brewhouse tasting plate with salami, brie, vegetables and more, and as well as a $10 local tomato bruschetta appetizer.

Both these spots have always offered $5 pints, which happen to be available all day. McRae’s got Phillips, Hoyne and Lighthouse on tap, and Lacey Lou’s has those plus Driftwood.

Beer brewers from across the island and the lower mainland gathered in the lofty wooden halls of Canoe Brewpub over November 9 and 10 for the eighth ...
Read More
Saanich Brewery Category 12’s ‘Brewmaster’s Dinner’ Marries Wildcraft With Craft-Beer It was somewhere at the beginning of the ...
Read More
Whistle Buoy Brewing Company, a locally owned craft brewery and taproom, is now open in Historic Market Square, Victoria. Whistle Buoy Brewing ...
Read More
The line-up is set and the tickets are on sale. The Great Canadian Beer Festival will return to Royal Athletic Park in Victoria, BC, on Friday, ...
Read More
Victoria Beer Week launched its sixth annual festival earlier this month, which ran from March 1-9. In addition to the festival returning for another ...
Read More
Victoria is once again readying itself to host the fifth annual Victoria Beer Week. As locals and beer geeks alike wet their palates for special ...
Read More

It’s true that Champagne is THE gold standard of sparkling wines, but it’s not necessary to fill your flute with gold, and pay that price, to ...
Read More