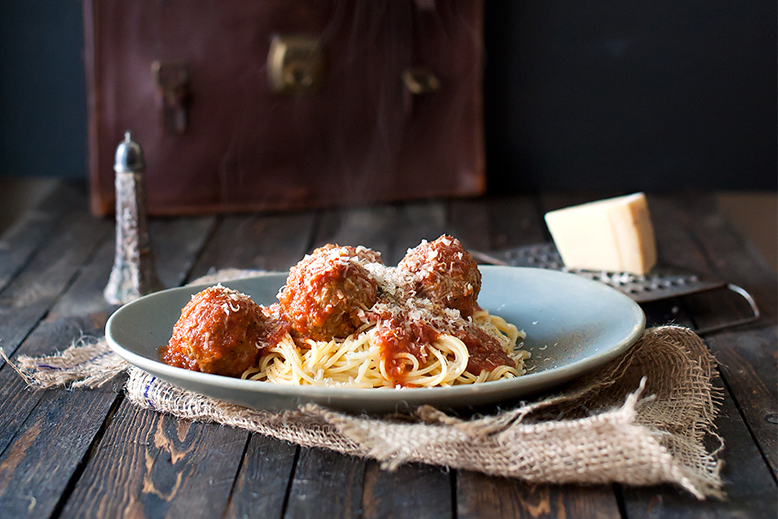 “You Always Eat What You Shoot” 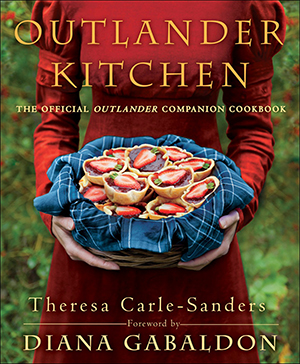 The first time I met Theresa Carle-Sanders, we sat at a small table in the back of Stage in Fernwood, and I knew immediately that we would work well together. Theresa had asked me to photograph the recipes for her upcoming release, The Outlander Kitchen Cookbook (Random House New York), which is based on the slightly cultish Outlander series by Diana Gabaldon, of which I’d been a decades long fan. A witty, sarcastic, talented chef with a penchant for strong opinions and curse words, I knew Theresa and I would make a great team, and I was thrilled at the prospect of helping to bring her vision to life.

I’ve been cooking for a long time, and admit that I often reach for the complex, slightly complicated recipes, maybe with a few somewhat obscure ingredients. I like deep and layered flavours, strong finishes, and of course, visual appeal. I am going to go full exposure now, and say that if I hadn’t had to opportunity to cook the book the way I did, there is a chance I may have let it slip by. Instead, I learned again to never underestimate the power of simple. Make no mistake – Outlander Kitchen has it all – approachable and appealing recipes that pack a punch in the flavour (and visual) department.

I admit, when one thinks of an 18th Century cookbook based mainly in Scotland, a plethora of haggis recipes comes to mind. However, Theresa has created an incredible arsenal of recipes that are directly mentioned in the novels (Tortellini Portofino – one of the very best shrimp tortellini dishes I have ever tasted); Mock ‘Turtle’ Soup* (It’s a drunken soup, with the addition of sherry. Another reason to love her); Apple Fritters (don’t let the simple name fool you, they are completely divine). Then there are her own completely original creations, conceived of her imagination and skill. For example, the Buttermilk Lamb Chops with Rosewater and Mint Sauce, which were born of a mere mention of mutton in the novel. 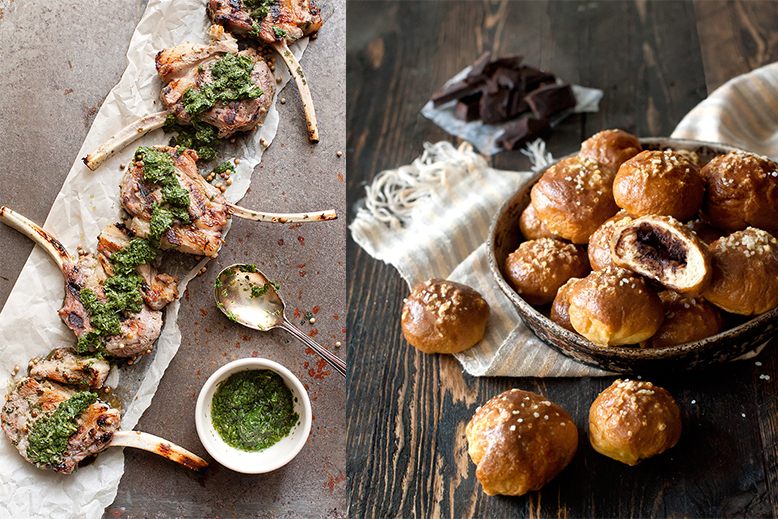 The Outlander books are far from ‘foodie’ novels, but no mind. Theresa finds limitless inspiration in the range of the series’ more colorful characters. Mr. Willoughby’s Coral Knob, a pimento cheese appetizer; Black Jack Randall’s Dark Chocolate Lavender Fudge and my favorite, Stephen Bonnet’s Salted Chocolate Pretzel Balls, a dish that took my baking skills to the next level. Really. You must read the books. Much hilarity and drama and a super famous love story lie within. But if you don’t want to commit, fear not. Theresa has thoughtfully included an excerpt from the novels with each recipe, explaining its place in her collection.

Theresa (and Random House) gracefully gave me full creative freedom to shoot the photos, and we agreed that I would cook, style and photograph the recipes we had chosen to showcase. My very first shot of the book was the Yeasted Buckwheat Pancakes, and while I’m not a pancake fan on a normal day, these ones took my breath away. As the weeks passed, I made and shot the most amazing meatballs with fennel, and a peppery oyster stew that is a breeze to make, yet perfect for company. Buttered leeks that I have made time and again, Jem’s Bread Pudding with a Maple Butterscotch Sauce (the scotch whisky is ‘optional’. Pfft) that I could have laid down and gone to sleep in. Quick pickles, home made bread, a sausage roll type appetizer made with chicken thighs and truffle oil. I could go on, but you must see for yourself.

The last recipe I styled and shot was called The Compte St. Germain’s Poison, a spirits-forward libation made with St. Germain’s Liqueur and good London gin. After weeks of solid cooking, styling and shooting, I took a deep breath, picked up the cocktail, sat on my couch, and raised a glass to two local girls done good.

At the time of this article, The Outlander Kitchen Cookbook has sold over 20,000 copies in North America, and is now entering into the European Market. It took 2nd place in the cookbook category from GoodReads is a #1 bestseller in biscuit, scone and muffin baking on amazon.com. When released in June 2016, it reached #11 on Amazon.com in the cookbook category. Outlanderkitchen.com

*no turtles were harmed in the making of this soup