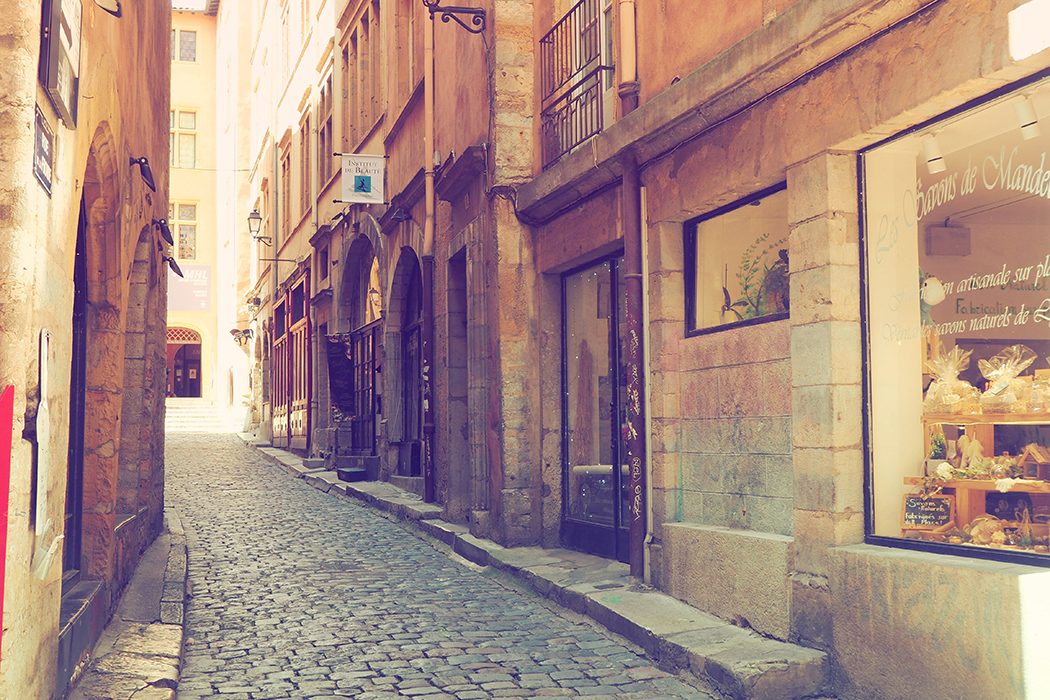 I have spent my career thus far with a few goals in mind: climb the brigade of each kitchen I set foot in, put in my time and become “chef”. I’ve spent hours honing my knife skills, staying calm under pressure, functioning on little sleep, and producing consistently good food at high volumes. I believed that fine-tuning myself as a skilled line-cook was how I would accomplish my goal.

In 2014, I came to Victoria to find balance in my life as a cook. A couple of years later (when I was 26) I was hired as Executive Chef to execute the vision Mr MacNeil had for his restaurants, 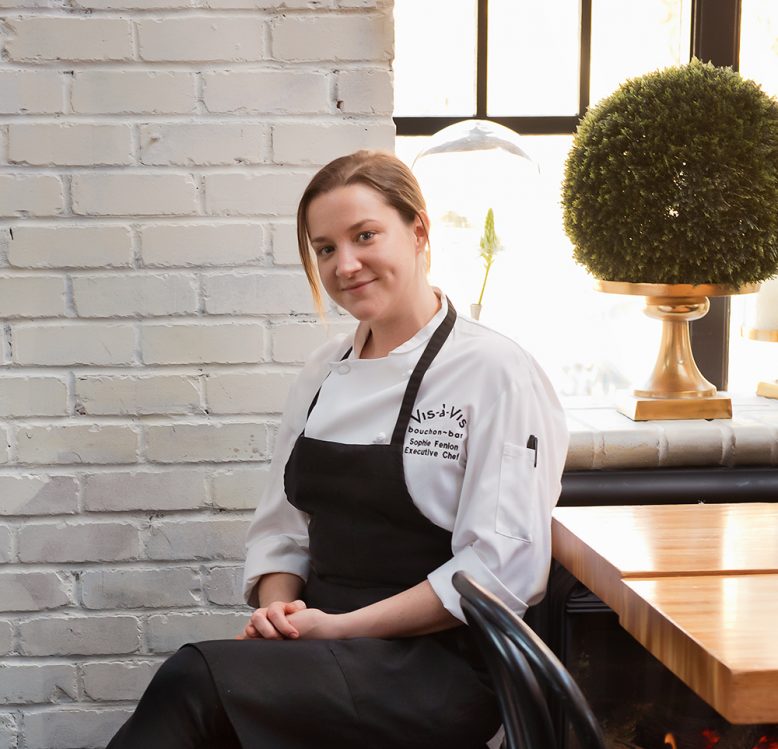 Vis a Vis and Penny Farthing Pub. I was thrilled to be chosen to lead such a large team, to be the conductor of such an extensive operation – here was a real challenge, and I felt ready to showcase my leadership skills. There were, of course, a few hiccups along the way but I finally reached my goal; building a team from the ground up, a group that worked hard together, produced the excellent quality food required and maintained loyalty and positivity. There was nothing that made me prouder than teaching one of my cooks a technique and then later seeing them pay that lesson forward.

I also learned there was a downside. I have spent hours writing schedules, creating systems, costing food, planning menus, and hiring and training staff. Even though these duties were a great learning experience, I knew that in the long term, I couldn’t find personal happiness and satisfaction based on these duties alone. I also felt lucky to have struck gold with such a close-knit community in Victoria, where support is found not just from the owners you work for but in the hospitality community at large. In Victoria, people are not scared to talk about some real issues that lie within the industry (mental health, drug dependency, work-life balance); people aren’t afraid to expose the weaknesses and to deal with them head-on. That support system is unlike anywhere else I have worked in the world.

But I had started to feel disconnected from food for the first time in my life. Food and cooking have been my only goals and motivations in life so far, closely intertwined with my identity as a person, and I felt them slipping away. I lacked inspiration, and I had never felt so lost within my craft; my biggest fear was that the skill I worked so hard to hone was melting away. Even my own personal relationship with food was becoming harmful to me. I didn’t cook for myself anymore; instead, I choose unhealthy, easy options to fuel myself. 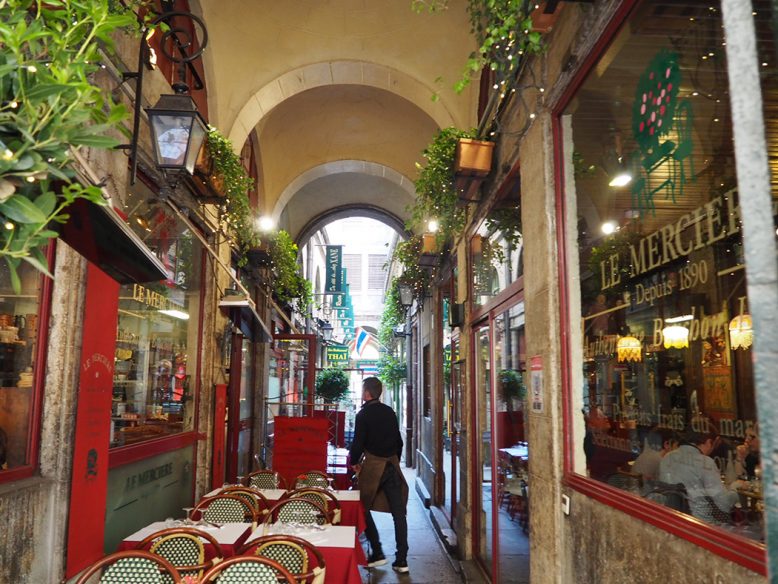 After spending two years as an executive chef, I knew I had to rebuild my passion and find the spark that made me choose this career in the first place. I have devoted the last twelve years of my career studying French cooking; the traditional techniques and recipes for which it is known, but had not yet lived in the country that created those principles.

As you read this letter, I have just left the life I have built in Victoria and moved to France. I have said goodbye to my job, my family, and my friends, have sold all my possessions and have moved to Lyon. I’m filled with considerable excitement and a healthy dose of nerves.

I am eager to submerge myself in the culture and the food that this city and country have to offer. Lyon is the gastronomic capital of France, and I believe it will be the perfect place for me to lose myself in new ingredients, traditional methods, and a very different culture. On top of being the third largest city in France, Lyon is situated at the intersection of the Rhône and Saône rivers. Its downtown core has over two thousand years of history from the Roman Amphithéâtre des Trois Gaules, to the Medieval and Renaissance architecture there. Mixed with the new districts in the Presqu’île peninsula, Lyon is truly a unique city. With the highest density of Michelin-starred restaurants in the world, I know I am going to be exposed to the best possible learning experiences.What better place to go to reconnect with my craft.

In my life, I have always done things that scare me, and I always come out the other side stronger, more open-minded, and with a wealth of new experiences. I hope you will come with me on this adventure—from local vineyards to the myriad of restaurants and markets, I am excited to share my discoveries through my monthly updates on eatmagazine.com and in EAT Magazine. 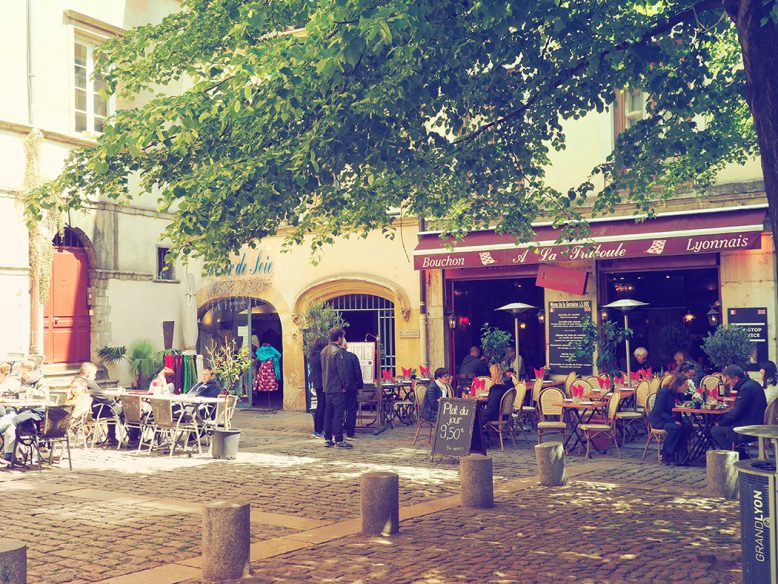 November | December issue on the stands. Read ...
Read More
For the ninth year in a row Rancho Vignola is setting up its Vancouver Island Harvest Sale here at the Mary Winspear Center in Sidney. Many of ...
Read More
Season’s Greetings EAT readers! We at EAT are looking forward to all the wonderful seasonal baking on offer around the city. One of the great joys ...
Read More
Masterclass Candied Citrus Holiday ...
Read More
Tickets are on sale for Canada’s Premier Cocktail Event! From October 4‐6, Art of the Cocktail returns for its sixth spirited season to celebrate ...
Read More