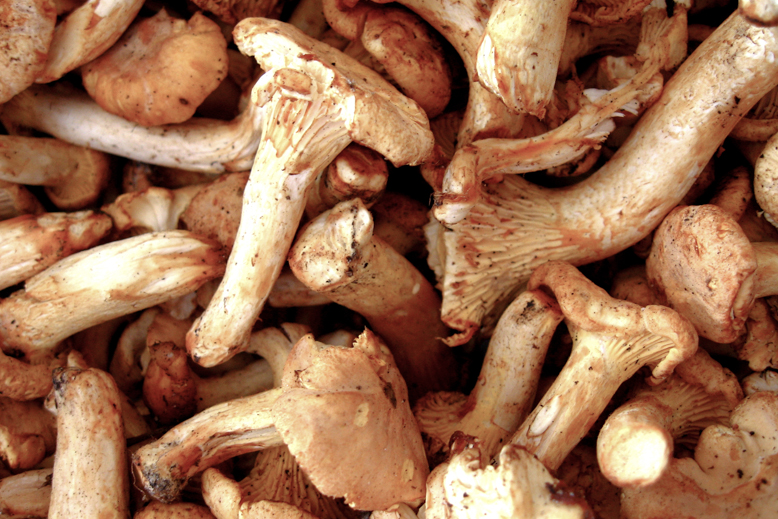 Living on the West Coast, we’re all used to seeing mushrooms pop up on the road dividers when the weather gets wet. If you find some in the wild and you’re not an expert gatherer, you’re better off leaving them alone and avoiding a nasty poisoning — but lucky for us amateur mycophagists, safe wild mushrooms are often available in stores this time of year. Once you get them home however, what’s next? I dropped a few friendly local chefs a line to see what magic they make with the annual fungus harvest. 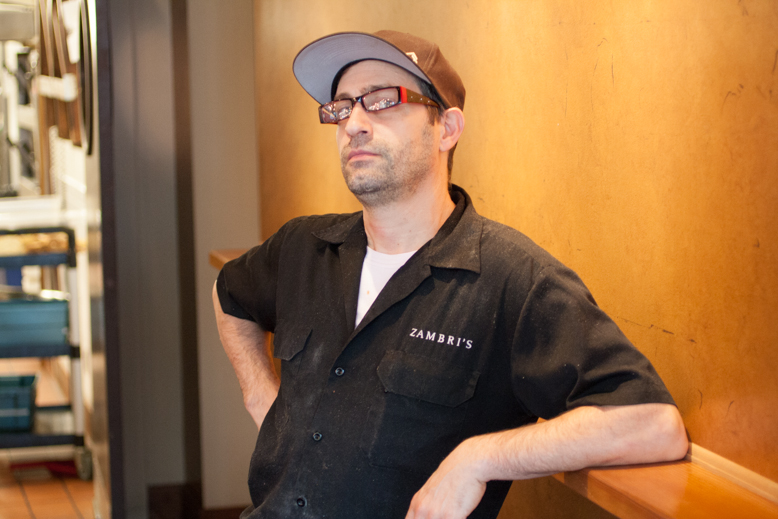 “I’m kinda partial to the cauliflower mushroom, also called the brain mushroom. When you first pick them they’re really white, they start to turn a little bit grey as they get older and start to get bitter. But if you get them when they’re nice and white, they’re the most delicious crunchy mushroom. You can cook the heck out of ‘em and they’re still crunchy. And me, I like to put them in chicken broth, it’s absolutely delicious.

Another thing I like to do with porcini mushrooms or “ceps,” I slice them fairly thickly, batter them with egg wash, flour, bread crumbs, and in the bread crumbs I put a little bit of parmagiano cheese, a tiny tiny bit of crushed cumin seeds, and parsley, and them I shallow-fry them and those are just like, mmm… [Editor’s note – I tried these recently on the feature sheet and they were indeed amazing!] If I have them, they’re on the menu. Those are two of my favourite ways to use those two mushrooms; I could wax poetic about chanterelles or many of the other mushrooms that we get here but those two are really good.” 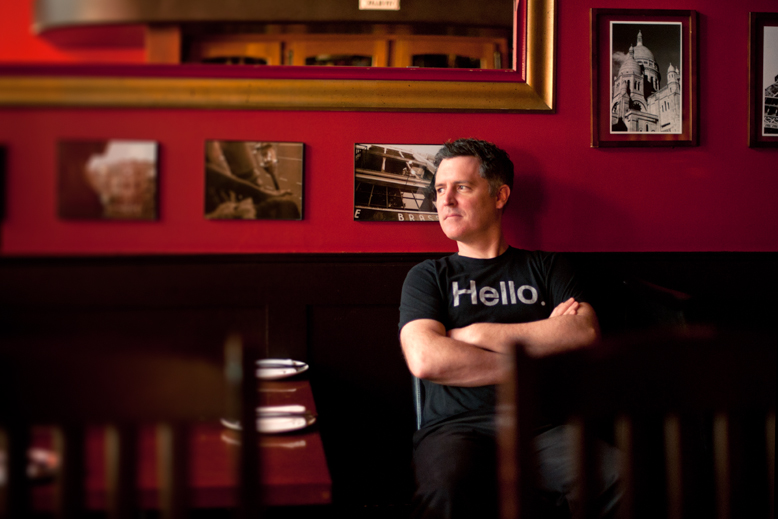 “Generally what we do with chanterelles, we clean them, then we tear them as opposed to slicing them. I just like the actual texture, especially if you get some chanterelles that have a little more moisture in them it seems to let that out more, as opposed to if you cut them they can be a little bit too slimy. And you get little crispy bits too, which is really nice. So we sauté them off in a little bit of butter, basically to get all their moisture to come out, and then cook them down until they become a little caramelized.

They take on a great, I wanna say brown sugar, pecan sort of flavour and smell to them, and you especially get that if you get the chanterelles that come from Port Renfrew. To me those are the best ones. Each area and each valley seems to have its own little something-or-other that makes the chanterelles what they are, but the Port Renfrew ones are by far the best.

From there we’ll season them and then we add them to sauces, a little cream chanterelles on toast, all sorts of different things. Right now the beef paleron that we have comes with a red wine chanterelle sauce, which is great. We also have some porcinis that we’re using too, some local “cep” mushrooms, the king boletus, but right now it’s all about chanterelles.” 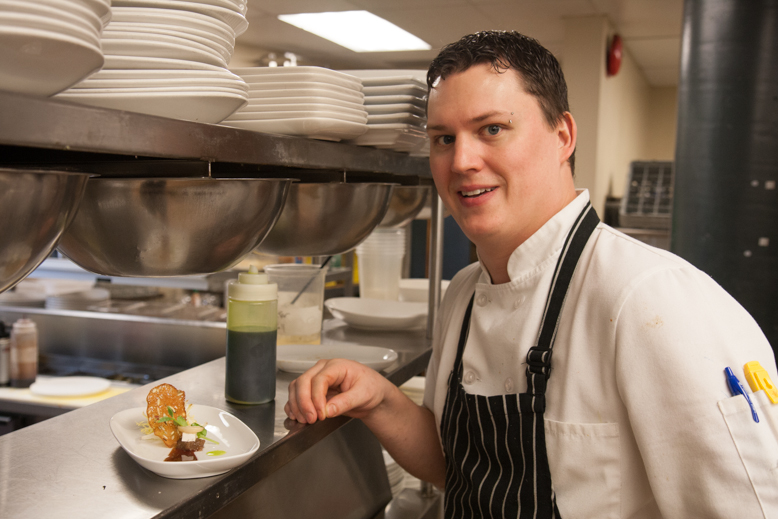 “Up island when I used to work at Black Rock we’d just have independent pickers that’d bring us pine mushrooms, chanterelles, they’d bring us trumpet mushrooms, [and] morels are another good one. They only grow after a forest fire so they’re a bit more expensive. Lobster mushrooms, they’re a shelf mushroom; they’re super meaty, really nice with a little bit of garlic butter. Same with chanterelles, they go really well with the butter.

My favourite way to do ‘em is with a bit of truffle oil, chives, a small amount of garlic, and some whipping cream, and serve them on toasted brioche, just as an appetizer it works really well. We’d also do preserved chanterelles, we’d buy a whole bunch in season and we’d keep them in a bit of vinegar, some herbs, just completely submerge them.

With lobster mushrooms, same sort of thing, you can slice them really thin, they cut almost sort of like a meat would, they’re really firm shelf mushrooms that have a really bright lobster colour to them. Again they’re done best just with a bit of butter, salt and pepper, [and] a little bit of vegetable stock sometimes.

Every mushroom you try will have a completely different sort of profile to it. With chanterelles when you’re picking them, you want them to smell quite a bit like apricots. When you come across a big open stretch of chanterelles in the forest, you’ll always have this really heavy smell of apricots in the air. So those are quite nice, there’s pine mushrooms, super rare they only grow underneath pine trees and they have a really heavy piney needle-ly taste from growing off the tree itself. I think that the best thing people can do is just experiment with the textures they like, the flavours they like.”

The article on L’Apéro in the May|June issue should have stated Chef Andrea Maiolo staged at The Courtney Room and Zambri’s and that he held the ...
Read More
May|June issue on the stands. Read ...
Read More
I have spent my career thus far with a few goals in mind: climb the brigade of each kitchen I set foot in, put in my time and become “chef”. ...
Read More