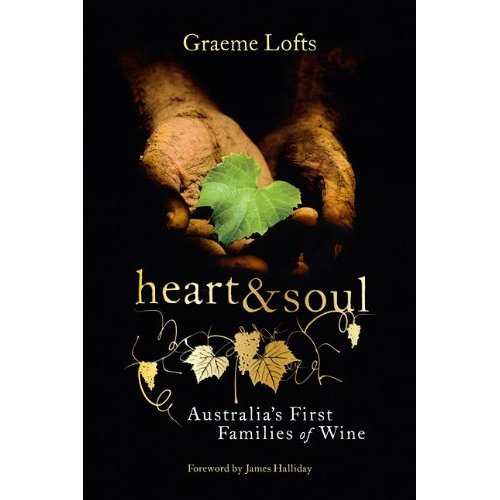 The Australian wine industry has become a victim of its own success. A wine sea of cheap and cheerful critter labels, multiregional blends and globally omnipresent bottles has created an image of low quality, cheap, industrial wines. There’s no denying that Aussie wine is big business. Make that massively HUGE business. The Australian Wine export market was worth 2.8 billion Australian dollars annually in 2007, with approximately $2 billion of that from North America and the UK. However, the overwhelming majority of those purchases were on lower priced bottles. Research by the Winemakers’ Federation of Australia Strategy showed that North Americans were more likely to select an inferior French wine over a premium Australian wine, assuming that high quality and Australia were incompatible.

The Australia’s First Families of Wine initiative was created in 2009 to combat that perception by raising the profile of Australian wine to the world, showcasing a representative of its landmark wines and highlighting the quality and diversity of Australian wine. Together the group represents 17 wine-growing regions across Australia and 48 generations of winemakers. If there was ever a wine force to be reckoned with, this would be it. Together, the 12 AFFW family owned wineries have over 1,200 years of winemaking experience and own more than 5,500 hectares of Australia’s finest vineyards including some iconic ‘sacred sites.’

Their charter is to engage consumers, retailers, restaurateurs and industry colleagues around the globe to understand the quality of Australian wine, appreciate its character and the characters and personalities behind the brands. This month they all arrived in Canada for the first time, and landed in Vancouver a few days ago. In the group were principals from the twelve member companies: Brown Brothers, Campbells, DeBortoli, D’Arenberg, Howard Park, Henschke, Jim Barry, McWilliam’s, Taylors, Tahbilk, Tyrell’s, and Yalumba. I was fortunate to taste with them at an industry event earlier this week, with many of the wines shown brought in just for this event. The regionality and diversity shown was remarkable – distinct differences from Western Australia, New South Wales, Victoria and South Australia. Some wines were from decades-old grapes. Some were new projects. Some were flagship icon bottles. Some were rarely seen outside of Australia. And of course chatting with the winery principal – the ‘keeper of the soils’ – was a real treat, and the ultimate taste of Australian wine.

The BC public will get a chance to taste some of these wines as well. Coinciding with their Vancouver visit, 22 premium AFFW wines will be released at more than 20 BC Liquor Stores across the province.  Some are in very small lots (a handful of cases) so I strongly recommend heading to one of the BC Liquor Signature Stores this weekend to scoop up some special bottles. And if you’re interested in reading more about these iconic families, pick up the new book, Heart & Soul, by Graeme Lofts.

These are my top DRINKS from the tasting that have been brought into the BC liquor stores as part of the AFFW release:

Topaque was a revelation to me. In a land known for its ‘stickies’, this Rutherglen really stood out as exemplary. For more than 150 years this wine was known as Rutherglen Tokay – with pioneering winemakers thinking they were using the same grape varieties in the famed dessert wines of Tokai in Hungary. It was not until 1976 when French ampelographer, Paul Truel visited the Rutherglen region and positively identified the variety as Muscadelle – the important French variety used in the production of Sauternes. In 2005, Hungary claimed Intellectual Property rights to the name Tokay, and in 2010 Topaque was officially registered as the new name. Shining like a golden Topaz gemstone, this sticky was burnished brown gold in the glass, with intense burnt caramel, buttered popcorn, toffee, citrus and brown sugar. Crafted from raisinated grapes, this is lusciously sweet but still elegant, and an incredibly absurd value on this market. Serve with flavourful cheeses, chestnuts.

The Henschke family has been making wine since 1868, and fifth generation winemakers Stephen and wife Prue led us through the tasting. The winery is known for their dedication to sustainability, organic and biodynamic practices. This old vines Riesling is bone dry and build to age, with crisp lemon zest minerality, juicy texture and razor sharp focus.

McWilliam’s is Australia’s most awarded winery, and began 6 generations ago in 1877.  I love me some aged Sem, and the Australian “SEEM-a-lawn” can age like a high quality Reisling – for decades upon decades. Here – 6 years old – the wine was vibrant lime sherbet, river minerality, a whiff of toast and honey and an oily texture with a very lengthy finish.

Yalumba is Australia’s oldest family-owned wine company, established in 1849, and now in its 6th generation of ownership by the Hill Smith family. Though Cabernet Sauvignon/Shiraz blends aren’t as commonly seen here, they are a mainstay in Australia (and elsewhere). Dark raspberry, mulberry and plush cherry flavours, with expressive peppery spice, firm structure and a hint of cool mint on the finish.

Other wines to watch for. *Some may not be available in this market:

When I sit down with executive chef Takashi Ito, it’s almost a year to the day since Aura restaurant closed for renovations. Though he’s looking ...
Read More