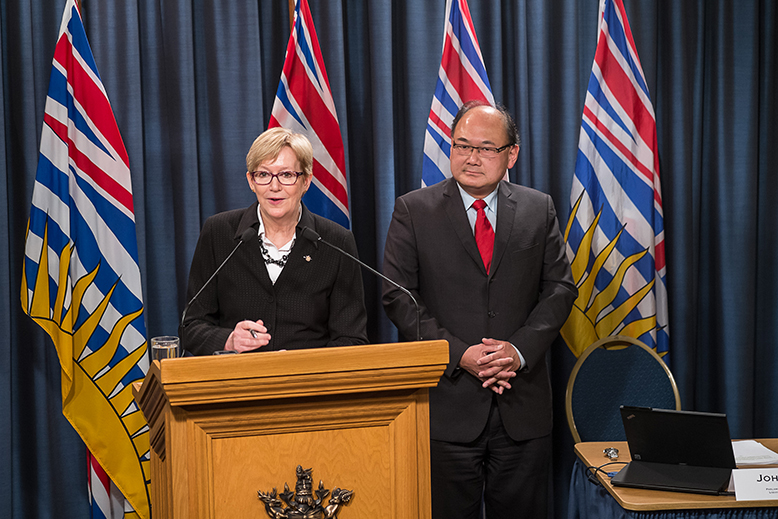 FROM THE PRESS RELEASE

VICTORIA – The B.C. government has outlined a unique, two-part model for liquor sales in grocery stores that will ensure convenience and choice for consumers, promote B.C. products and create jobs.

Following the B.C. Liquor Policy Review – one of the B.C. government’s most successful public engagements – Parliamentary Secretary for Liquor Policy Reform John Yap recommended that government respond to calls for convenience by consumers and allow for liquor sales in grocery stores. Government accepted Yap’s recommendations and is moving to implement a two-part model.

First, the “store-within-a-store” model – which provides convenience for customers with same-cart shopping – will apply to private liquor licences that are transferred into or sold to a grocery store, as well as to government liquor licences that are transferred into grocery stores. This model will allow for sales of beer, wine and spirits through separate cashiers, safeguarding health and safety and ensuring restricted access to alcohol by minors.

A second model will be flexible to accommodate VQA licences, as well as a limited number of new licences that sell VQA wine in grocery stores. Under this model, VQA wine will be allowed to be sold off designated shelves within the store, and purchased at designated check-out tills. With this change – as with all of B.C.’s liquor reform changes – protecting health and public safety will continue to be a paramount consideration.

Work continues to determine further details around this two-part model and to clearly define “grocery store.” However, as recommended by Yap, convenience stores will not be included in this definition and the current moratorium on the number of private liquor stores (LRSs) will remain in place.

With the goal to implement this two-part model in early 2015, additional changes will be made to create a more open, fair market in which both government and privately-owned liquor stores have new opportunities to grow.

As part of this additional work, the B.C. government will be developing a new price-based wholesale pricing model for wine and spirits distributed by the Liquor Distribution Branch, so that the price all liquor retailers pay is consistent across the board.

The Province is in the process of updating its regulations around the transfer and relocation of liquor store licences, including the elimination of the five kilometre restriction on the movement of licences. This regulatory review will also consider the question of any concurrently introduced fees or levies that may be applicable to the transfer or relocation of licences to ensure that taxpayers will benefit from the enhanced value created in the business.

A set of amendments to the Liquor Control and Licensing Act was introduced today to accommodate this two-part grocery model and lay the legislative groundwork for 14 other recommendations from the Liquor Policy Review, which will come into effect at later dates.

With Phase 2 beginning, restaurants and patios, tasting rooms and coffee shops are reopening. This is an ongoing process, with many changes, so we ...
Read More
Victoria Spot Prawn and Sustainable Seafood Festival   On May 25 and 26 Vic West will be the home of the first annual Victoria ...
Read More