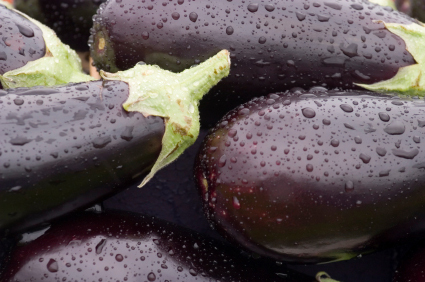 Of all the dishes in the vastness of Indian cuisine, none has my number like baingan bharta. Silky in consistency, smoky on the nose and roaring with the full arsenal of Subcontinental spices, it sends me into fits of constant craving.

I’ve eaten it in the dining palaces of Delhi and Mumbai, on the Bay of Bengal, in the Rajasthani desert, in Ladakh in the high Himalaya, in London (where Indian reigns supreme among the Empah’s cuisines)—and can’t recall a bad one. It’s the crown prince of eggplant dishes.

Which is saying something. If eggplant were an actor, it would be Gene Hackman, or maybe Chris Cooper, marvellously versatile and always willing to perform. If they gave out Oscars to food, eggplant would walk away with Best Supporting Actor every other year.

Eggplant is a member of the nightshade botanical family that includes tobacco and the potato. Technically, it’s a berry and a fruit, not a vegetable. Native to the Subcontinent, it’s a staple in Mother India’s kitchen and likely has been for the whole 5,000 years of trial-and-error.

It journeyed the Silk Roads, gathering fanfare en route. In remote Sichuan Province, the Chinese defence against mist and drizzle is eggplant howling with garlic and chillies. Afghans also infuse it with garlic, then sauce it with yogurt and, we hope, share it with Canadian troops. The Lebanese puree it, pan-fry it, pickle it and meld it with pepper, garlic and lemon as babghanouj.

But the great eggplant innovators in history were the Ottoman Turks. The kitchen of Suleiman the Magnificent boasted 130 recipes for eggplant. I warm to the sentiment of imam bayidi, a stuffed eggplant dish translating as “the imam fainted.” It refers to a religious leader who fainted with pleasure at first sniff.

Eggplant rode west with the Arabs in the ninth century, fanning out through the Mediterranean world. The Greeks embellish it with cheese, onions, ground lamb and béchamel for moussaka. Italians make roast eggplant soup with goat cheese and sun-dried tomatoes. The French trumpet ratatouille.

Only the English didn’t take to it and even declared it the cause of epilepsy. In 1597, the English were advised by John Gerard in his Historie of Plantes to forget eggplant “for doubtless these apples have a mischievous quality; the use thereof is utterly forsaken.” To this day, the English have contributed nothing to eggplant’s canon.

Eggplant requires no justification these days. If anything, it’s the perfect choice for current correctness. It has few calories, loads of fibre, calcium and potassium. It’s easily affordable. You can dress it up and take it to a barbecue, a ball, anywhere at all.

It’s a willing accomplice in any culinary intrigue: French chef and restaurateur Georges Blanc gives vegetarianism desperately needed glamour when he writes about eggplant caviar wrapped in smoked salmon and eggplant quenelles with zucchini petals. Either dish is fine enough to call for champagne.

Around the world, the marvellous fruit comes in white, tan, lavender and green, but here two varieties dominate: the purple-black globe eggplant from Europe and the smaller, trimmer, vibrantly purple Japanese eggplant commonly found in Asian supermarkets. I’ll take the latter anytime: it’s sweeter-tasting, without residual bitterness. Its skin is so tender, there’s no need to peel it. In cooking, it absorbs far less oil.

For baingan bharta, find yourself some firm, unblemished Asian eggplants. Roast them until the skin blackens under a broiler or over charcoal for smokier effect. When blackened, run it under cold water to cool. Peel away the skin.

Mash the flesh evenly. Toast a handful of spices—cumin, cardamom, coriander, black pepper—until the fragrance fills the kitchen. Grind them to a powder and fry them in oil with grated ginger, chopped onions and garlic, and plenty of garlic. Now add the eggplant and also tomatoes and chillies to taste. Simmer for at least half an hour. Garnish with chopped coriander.

A rip-snorting bharta has a kind of hallucinogenic effect on me. Last time, I wound up asking my wife what she thought of, maybe, a baingan bharta ice cream. “Great idea,” she told me. Whenever you’re planning to make it, I have to be out of town that week. In Delhi, apologizing.”

The article on L’Apéro in the May|June issue should have stated Chef Andrea Maiolo staged at The Courtney Room and Zambri’s and that he held the ...
Read More
May|June issue on the stands. Read ...
Read More
“It’s a bit like a marriage,” Cory Pelan explains, as he gently pushes his thirty-year old pasta maker into place. “I try to listen to what ...
Read More