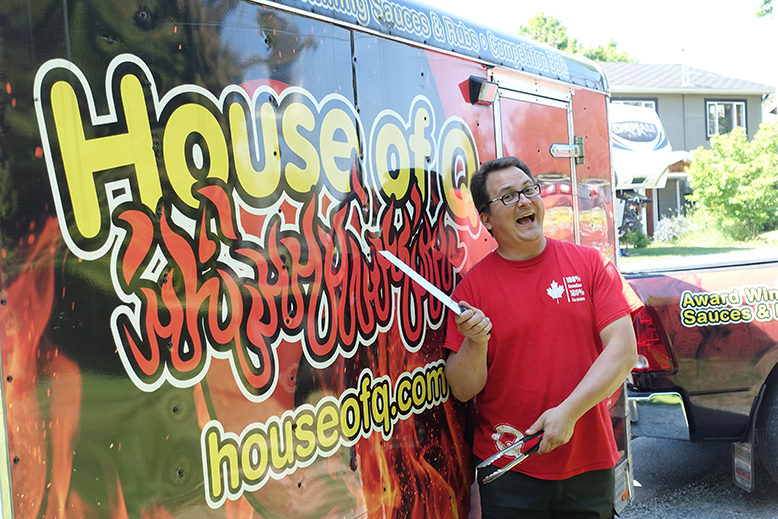 Barbeque is one of those unique words, both a noun and a verb. It’s a physical thing we use to cook with and the action of grilling. It’s also an ideal. A cuisine. A flavour. Most often associated with the Southern United States, the art of barbeque (I’ll refer to it as BBQ going forward) has never been particularly strong in Canada.

In 1999, Brian Misko was working for a software company. Business trips south of the border always included stops at BBQ restaurants. Nothing compared back home. Four years later, Brian and his friend Glenn took a daytrip to a BBQ competition in Whistler. Brian told Glenn, “We’re doing this next year.”

They did, winning a third and sixth place ribbon. More competitions followed, as did awards, a line of BBQ sauces, and now a cookbook, Grilling with House of Q. 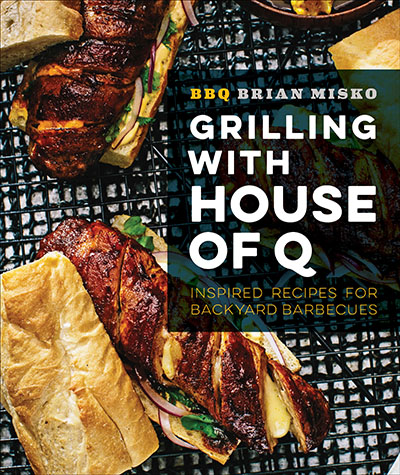 Grilling with House of Q is a book for the meatatarian in your life. The photos are sharp; the items infused with the smoky char from the grill. Recipes range from a whole prime rib with three ingredients to dinosaur eggs—a cheese-stuffed jalapeno stuffed inside a turkey meatball. Brian mentioned the hardest part of writing the book wasn’t the recipes (he had too many!), it was crafting the stories. His prose is straightforward and from the heart.

Brian has since left software. The House of Q product line is now in 500 stores. We spoke about competition secrets, growing a home business, and how one writes a cookbook where every recipe is made on the BBQ.

EAT: Can you talk about the sauce you compete with, or is it a secret?

Brian: People always ask us at the competitions what’s in our sauces. Everything at a competition is highly doctored and there’s so many layers of ingredients it’s unrecognizable. But no, we don’t talk about it.

EAT: When you say doctored, what are teams doing?

B: If you’re cooking chicken at home, you may go through two or three steps to get some flavour. At a competition, we may go through five, six, or eight different steps. They all compound to something that’s quite unique.

B: You ready for this one? Doritos.

B: I think it was Chili Heatwave. Needless to say, he didn’t place well. It’s also very common in the states to have Parkay Margarine in the sauce. It’s for fat.

EAT: What makes it better than other margarines?

B: In the states, you can buy Parkay in a squeeze bottle, so it’s easy to dispense. It grosses me out; I can’t do it.

EAT: How important is keeping your business small and family-oriented? What do you envision for the future?

B: The fundamental element of what I put in the cookbook is that it’s easier to cook for six or eight people than it is to cook for one. You need friends and family. The whole essence of guests and family is important. It’s not about the food; it’s about bringing people together and having a good time. Our food just facilitates that.

Our business is truly family-run. The world headquarters of House of Q is the room next to our master bedroom. Our daughter comes to trade shows with us. The goal and ambition is to become a major player in the North American market for BBQ condiments and spices.

EAT: What can a reader expect from the cookbook?

B: It’s a wide variety. The book covers everything from appetizers, to chapters dedicated to pork, burgers, or chicken. Some recipes are very simple, just salt, pepper, and garlic. It’s the technique that matters in those recipes. The recipes build on that knowledge.

EAT: For the home cook, what are your suggestions for setting up a grilling area?

B: One thing that makes me scratch my head is those BBQ kits you see at Father’s Day. They come with a very large fork and knife. They’re completely useless. My go-to items are tongs and a thermometer. There’s nothing else I need.

Grilling with House of Q is currently available in bookstores. Visit the website for more information and a list of stores carrying the House of Q sauces and rubs. 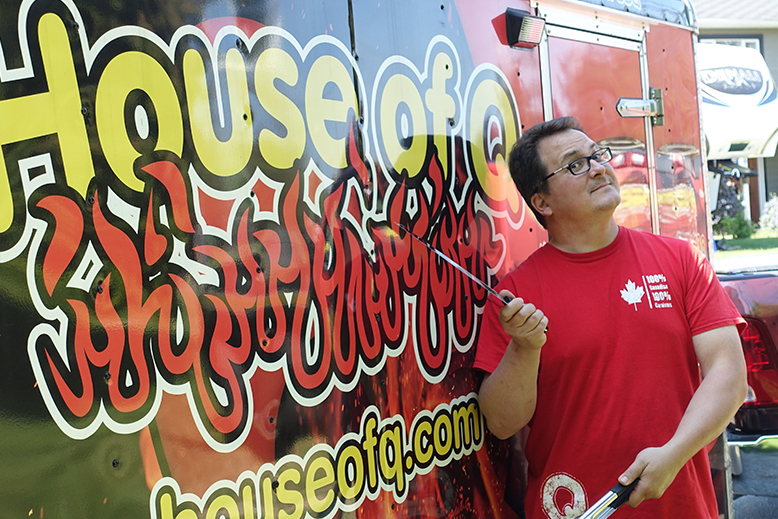 Brian Misko in front of his mobile barbecue truck.

With Phase 2 beginning, restaurants and patios, tasting rooms and coffee shops are reopening. This is an ongoing process, with many changes, so we ...
Read More
Staff, volunteers and board members from Victoria’s Belfry Theatre have been raiding some of Victoria’s best wine cellars to find rare and ...
Read More