Chef Umut Cetin with a bag of Fanny Bay Oysters

Whether you’re on a romantic date, out with friends, or on a business meeting, oysters are an impressive, satisfying, and interactive choice. High in zinc, iron, calcium, selenium, Vitamin A, and Vitamin B12, these bivalves are as nutritious as they are delicious with only 110 kilocalories in a dozen raw oysters. But eating oysters isn’t as simple as mindlessly munching away on some chicken strips. Many find oysters intimidating, confusing or just plain odd and are reluctant to give them a try. Even those who slurp back this shellfish without any apprehensions may have some questions, so to tackle the mystery of the oyster, we’re providing our readers with a brief lesson.

THE TEACHER: Umut Cetin is The Oyster Bar’s head chef and has many years of oyster experience behind him, including a previous position at Vancouver’s popular Rodney’s Oyster House. This oyster enthusiast has shucked millions of shells and is more than happy to guide patrons through a personal consultation with suggestions based on experience, tastes and preferences. 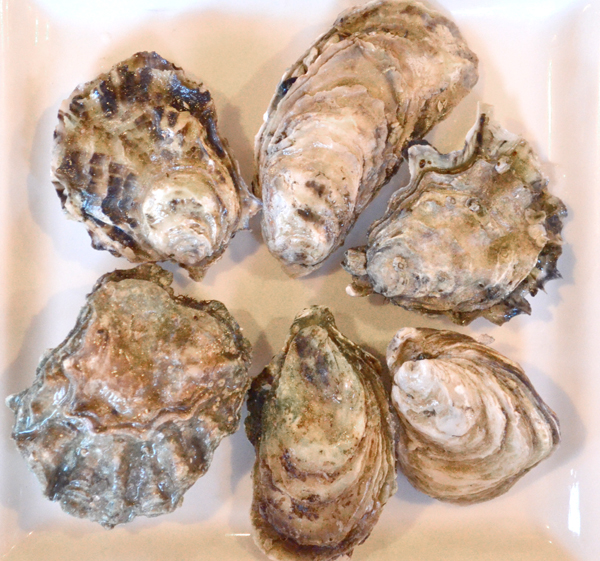 Just like wine, the climate, surroundings and methods of growth will yield a different appearance, texture and taste to each oyster. Although the word “farmed” has a bad name with seafood such as salmon, Umut explains that it’s a completely different story with oysters. In order for oysters to meet health and quality standards, they must be heavily regulated which can only be done in a controlled environment. So next time you see that an oyster has been farmed, don’t coil back in fear that your food will be bland and unethical, take comfort in the fact that quite the opposite will occur as you will enjoy fresh, flavourful and most importantly, safe seafood.

LESSON 2: How to Score the Best Shuck

Like all fine skills, shucking takes practice. The goal is to have a clean cut without any shell remnants and without losing all the juice. Make sure you have a sharp knife, a small towel and dish handy to place your oyster on once it has been opened. Hold the oyster firmly on top of the folded towel, insert your knife, and cut the adductor muscle clamping the two sides of the shell together. Scrape the blade across the top of the shell by rotating the oyster until the adductor muscle is on the far side of the shell, then rotate the oyster so the adductor muscle is now directly in front of you again. Slide the knife under the muscle to loosen the meat, and check for any shell fragments or grit.

To truly savour the delicate flavours of the oyster, Umut recommends eating it raw. For optimal tasting satisfaction, squeeze a small amount of fresh lemon juice on the meat, knock it back and chew ever so slightly to unlock the flavours. If you’re looking for a bit more kick, Umut suggests the traditional topping of freshly grated horseradish, Tabasco sauce, or one of Oyster Bar’s signature house-made sauces including ginger lime vinaigrette, cucumber vinaigrette, their classic cocktail sauce or French vinaigrette. Oysters are also delicious when pan-fried, baked, barbecued or roasted. For cooked oysters, Umut recommends rich toppings like cream cheese, bacon, rock crab, and parmesan which can be found with baked Fanny Bay oysters on their menu, or something with a lighter Asian influence such as their Oyster Motoyaki with miso aioli, mushroom and green onion.  One important thing to remember when cooking oysters is that too little will leave them with an odd mushy texture and a somewhat fishy taste, while too much gives them a hard, rubbery and flavourless result.

LESSON 4: Your Plan of Attack 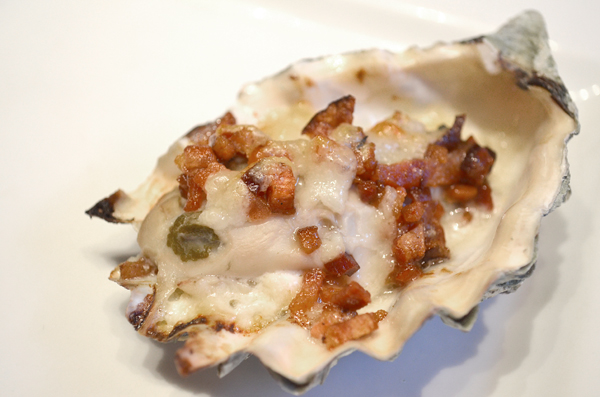 If you’re a beginner, Umut recommends going for cooked oysters, which are often less intimidating than their raw counterparts. A more familiar texture and lots of toppings will help ease you into the taste. If you’re new to the oyster scene but feeling somewhat adventurous, Umut suggest going for small raw oysters like Cortez Island’s Kusshi variety which are easy to chew and light in flavour.

However, you’re no stranger to oysters, Umut invites you to sit at his bar with the whole gamut in front of you to discuss likes, dislikes and preferences. If you’re looking to try a wide variety of oysters, the only thing Umut asks is that you get at least two of each type so that you can really savour the oyster for a more memorable tasting experience.

LESSON 5: How to Not Spend the Rest of your Night in a Bathroom Stall

The most important part of oysters is freshness. With a maximum time out of the water set at 13 days, Umut notes that the ideal standard is no more than 3 days. That being said, it’s hard to ignore if you’ve been given an old oyster. Oysters that are past their prime will have a fishy, muddy and dry taste. Even before it hits your tongue you can tell if the oyster is bad, as it will not only have a lighter feel, but the shell will be thin and less robust and will not make that distinct clicking sound when popped open. Furthermore, the meat will be less vibrant and there will be a reduced amount of juice surrounding it, giving it a drier more shrivelled appearance.

With oysters it’s simple – drink what you like. Umut explains that while some like the soft earthy companion of a Sauvignon Blanc or Chardonnay, others enjoy a strong pint of beer such as a thick and hearty Guinness. Crisp sparkling wine or a savoury Caesar are classic selections, or simply simply stick with water to allow full attention to the oyster.

LESSON 7: Are Oysters Really an Aphrodisiac?

The mystery stills remains. Guess you’ll just have to head down to The Oyster Bar and try some oysters yourself to find an answer.