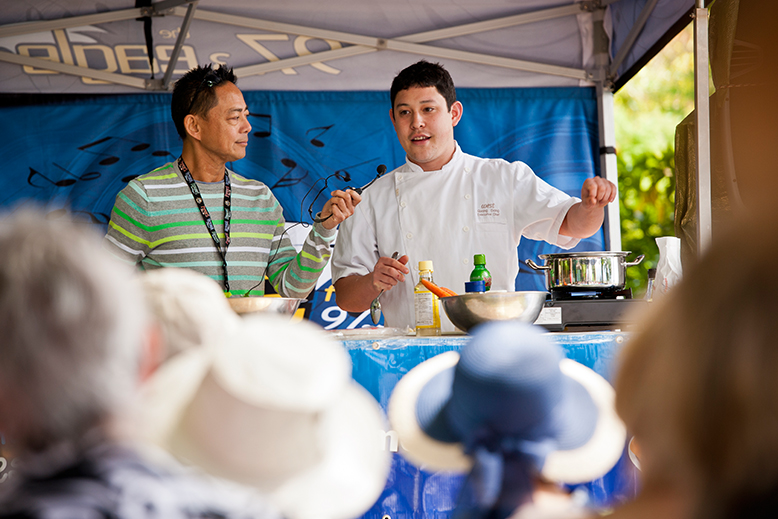 More than 50% of BC’s shellfish and Canada’s most productive oyster farms are produced and harvested in the Comox Valley, a mere hour’s north of Nanaimo. For the past decade, the celebration of our water’s cornucopia is celebrated every June during the BC Shellfish and Seafood Festival (June 9-19), during BC Seafood Month, with over 30 plus events held in the region, culminating with the main event Comox by the Sea Celebration, being held this year on Saturday June 18th. 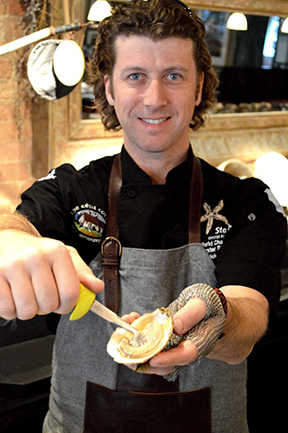 Shucker Paddy, world record oyster shucking champion and emcee for the Fanny Bay Oyster Shucking Championship held at the Comox by the Sea Celebration, June 18, during the BC Shellfish and Seafood Festival.

Come cheer on leading oyster shuckers from some of BC’s top seafood restaurants at the Fanny Bay Oyster Shucking Championship. This popular event brings out the best, this year emceed by the Guinness Book of World Record holder and international shucking champion, Toronto’s Shucker Paddy. For any novices afraid to shuck, they’ll be interactive demonstrations throughout the day.

For chowder enthusiasts, have a taste from one of the competing hot cauldrons featuring sumptuous seafood chowders at the Ocean Wise ™ Chowder Challenge. Or for many, just chill out and relax listening to the wonderful live entertainment, paired with scrumptious food vendors (from smoked and barbecued salmon, fish tacos, the ubiquitous fish and chips and of course oysters, prepared a variety of ways!) and beverages from the oceanside Beer and Wine Garden.

Come earlier to take in the splendid landscape and the Valley’s great restaurant scene and for those interested in seeing how oysters are cultivated, experience the tranquil, natural beauty of Baynes Sound. Numerous producer and farm tours are being offered, including Comox Harbour Charters will have three boat tours that will head over to Denman Island on a 70 minute cruise from Comox Marina towards the oyster growing rafts of Hollie Wood Oyster Deep Water Oyster Farm.

Courtenay resorts and hotels are offering special Festival rates, including accommodation specials with two tickets for the Comox by the Sea Celebration event. To purchase tickets and view the full event calendar visit BCShellfishFestival.com or call the Vancouver Island Visitor Centre 1-855-400-2882.

Pictured at the top: Chef Nathan Fong, lead guest chef and emcee for the Comox By the Sea Celebrations’ Chef Demonstration Stage, June 18, during the BC Shellfish and Seafood Festival. Pictured here with Chef Quang Dang, West Restaurant, who will also be joined by Chef Tojo Hedekazu, Tojo’s Restaurant to present seafood cooking demonstrations during the event.

Superflux Cabana has opened upstairs at 804 Broughton St (the former location of The Livet). Featuring lots of Superflux beer and a menu that ...
Read More
January|February issue is on the stands! Pick up a copy, or read the digital version. Read ...
Read More
This summer, both Vancouver Island’s Muse Winery  and the Okanagan & Langley based Township 7 celebrated their second seasons of live ...
Read More