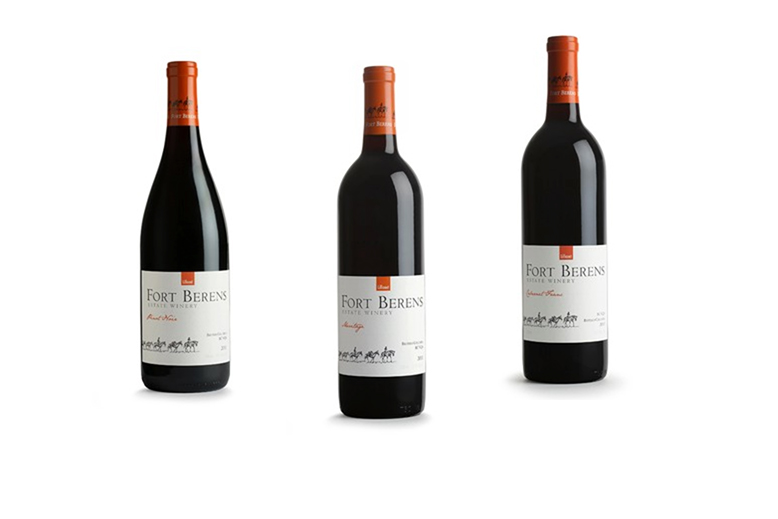 Lillooet. Wine. Not two words that you usually see together, but that hasn’t deterred the folks at Fort Berens Estate Winery. They’ve been too busy putting Fraser Canyon on the wine map as one of BC’s newest – and hottest – region to notice.

The founders and the driving force behind Fort Berens are Rolf de Bruin and Heleen Pannekoek, a husband and wife team that emigrated from Holland in 2009 to settle in Lillooet. Their journey started with simply enjoying wine and Pannekoek took an introductory wine class for fun. A few courses and many tastings later, she was a certified sommelier with a passion for wine. de Bruin admits at this point he was more spectator than participant. Things were about to change.

de Bruin and Pannekoek were both corporate players, but their priorities changed and they wanted a simpler, more rural life with space to raise a family. Most of us know that dream, but de Bruin and Pannekoek followed through. They analyzed, planned and then swapped their Italian leather shoes for gumboots and haven’t looked back since.

Of course, it wasn’t quite that simple. Finding the right site took research and getting visas took years. de Bruin reports that they decided on Canada early on – being able to speak the language would be critical to learning a new business and having previously visited Canada they felt comfortable they could settle here. Their hunt took them across the country, but when they flew into Kelowna to find sun and warmth after the snows of Prince Edward County, they were sold on BC. Finding the right property wasn’t easy – the Okanagan had already gone through a boom and finding a premium site at a decent price was nearly impossible.

It was then that three very influential people all pointed them in the direction of Lillooet: Harry McWatters, founder of Sumac Ridge Estate Winery; Pat Bell, then Minister of Agriculture; and Richard Cleave, from Phantom Creek. It would be madness to ignore this trio and de Bruin and Pannekoek went. They came back excited. It was uncharted. It was rural. It had a climate similar to the Okanagan. de Bruin describes visiting Lillooet for the first time as an “ah-ha” moment. This was the Canada they were looking for.

From there, things fell into place. They bought a 65 acres parcel and started planting in 2009. There was no-one to ask what should be planted – this really was uncharted territory – so they planted different varieties, different clones, different rootstocks. Something clearly worked and the wines from Fort Berens have won medals and awards at multiple competitions. de Bruin credits consumers, the local community and the other owners as being a huge part of the success. All took a leap of faith with de Bruin and Pannekoek and there were few guarantees that a winery in Lillooet could be successful. Proof has now come and the ownership team celebrated their success when they opened a new winery in September 2014.

For de Bruin one of the most exciting things about Lillooet is not knowing what the true potential is. Not shy of dreaming big, de Bruin notes that there’s nothing to say that they can’t make the best wine in the world here. Clearly, there’s more to come.

Look for these wines at the Strath Ale Wine & Spirit Merchants on Douglas and local VQA stores:

It’s all about cocktails, the home bar, what to buy, and what to serve. Founders Kyle and Nate launched their bar consultancy, The Nimble Bar ...
Read More
It’s almost summertime. And in case you didn’t know, that means gin cocktails on the patio. Vancouver Island has a plethora (yes, I just said ...
Read More
“Celebrating Caesars: Canada’s Signature Cocktail” If you enjoy sipping on a caesar get ready to raise your glass on May 19th, to ...
Read More
“Wine is one of the most civilized things in the world and one of the most natural things of the world that has been brought to the greatest ...
Read More
I’m not advocating saving sparkling wine for special occasions. Quite the opposite – any day that ends in Y receives a YAY sparkling wine vote ...
Read More
Now that December is here, it’s officially time to open your ears to holiday carols. If you’re still in denial that Christmas is nearly upon us, ...
Read More

July|August issue on the stands. Read ...
Read More
I adore my classic cookbooks. It’s wonderful having Elizabeth (David) and Julia in the kitchen and The Joy of Cooking on my shelf.  I’ve no ...
Read More