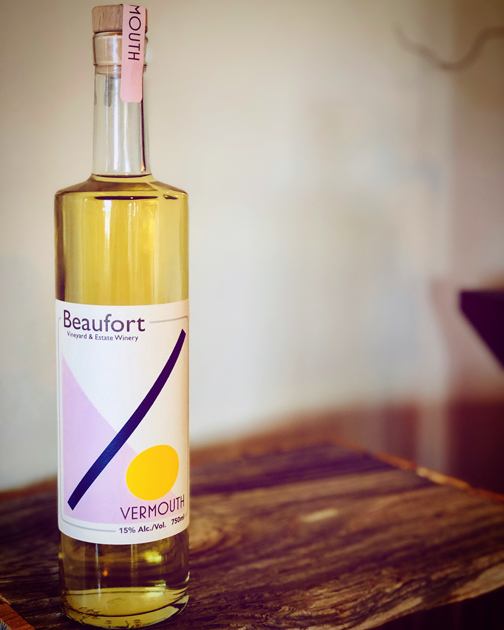 After almost 12 months of research and recipe development, we are excited to introduce our first ever vermouth at Beaufort. Vermouth, a fortified, aromatized wine, has its roots in ancient Europe, where it was originally used as a digestive tonic. Bitter herbs, spices, and citrus fruit are often used in flavouring either the base wine or the fortifying liquor. Often sweetened, though sometimes not, vermouth can be enjoyed solo over ice, or as an ingredient in cocktails and mixed drinks.

Ours is a modern take on an ancient wine. We fortified our base wine – a single varietal Madeleine Sylvaner – with vodka from Sheringham Distillery in Sooke. Prior to fortification, we infused the vodka with a secret blend of 11 botanicals including wormwood, rosemary, vanilla, lemon and juniper. Our white vermouth is sweetened with natural cane sugar to off-dry.

Beaufort Vermouth is moderately bitter, with resinous herbs and lemon lending lively citrus notes, and a sweetness that provides a delicious counter to all of that. We suggest pouring a glass of Beaufort Vermouth over ice and adding a twist of lemon or orange for a refreshing aperitif. Alternatively, try Beaufort Vermouth as an ingredient in a classic cocktail like a Vesper Martini or, better still, a White Negroni. 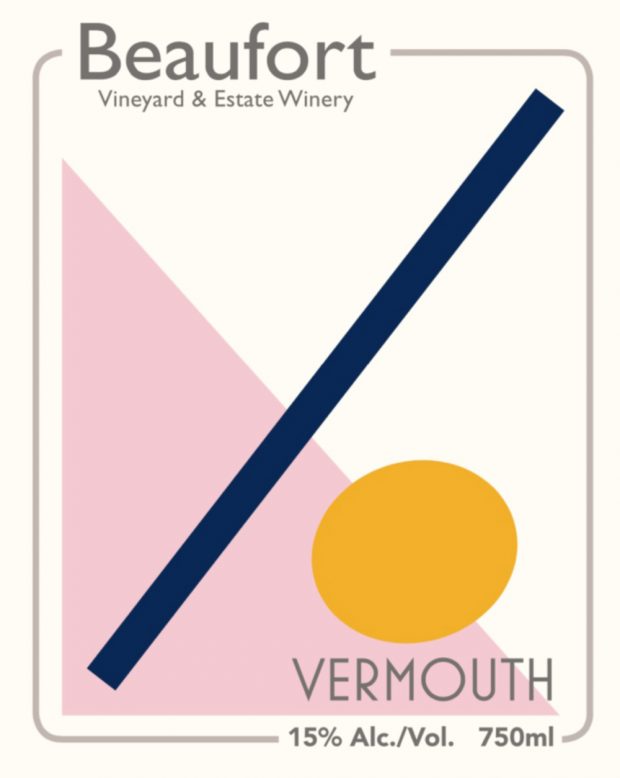 Superflux Cabana has opened upstairs at 804 Broughton St (the former location of The Livet). Featuring lots of Superflux beer and a menu that ...
Read More
January|February issue is on the stands! Pick up a copy, or read the digital version. Read ...
Read More
Winding into fall is probably my favourite time of year in Tofino. The weather is still amazing, and there’s time to appreciate the town at a ...
Read More