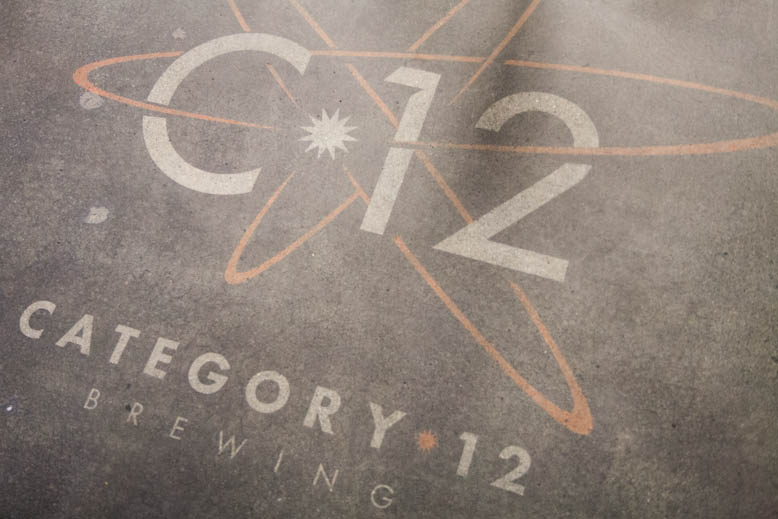 Drywall, gas masks, floor buffers, and power washers. It was all I could see past the single door, set into a grey-covered wall of windows below a muted, unlit sign. I started looking around for some equipment labeled Vamonos Pest — but before I ran into Walt and Jesse, I was met by the owners of Central Saanich’s newest craft brewery: Michael and Karen Kuzyk of Category 12.

The explosion of craft brewing in North America, and especially in the Pacific Northwest, continues to inspire new brewers to take up hops and barley and try their hand at making beer. But I’d venture that few of them have quite the same credentials as Michael, a former lab manager for the BC Cancer Research society who holds a Ph.D in Biochemistry. “I was always very interested in applied science, and this is really one of the ultimate applications of science,” he says. “Industrial fermentation, its friggin’ cool.” 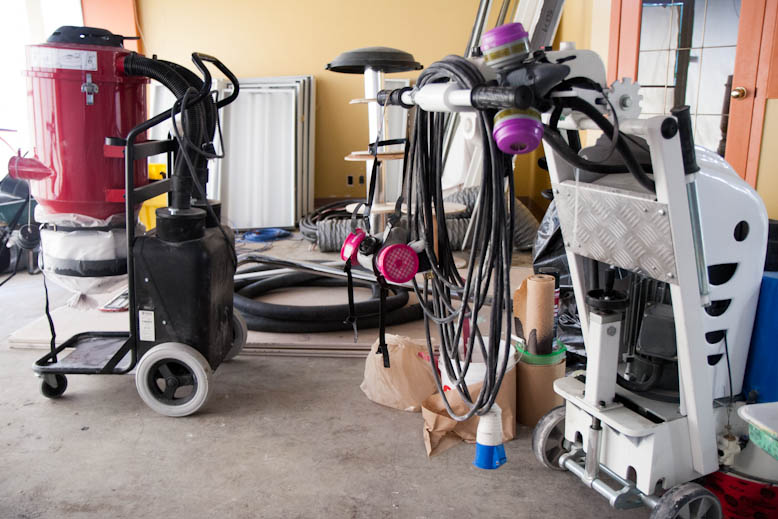 For fans of the AMC series Breaking Bad, the story of a mild-mannered science guy going rogue is a familiar one, and the similarity is not lost on the folks at C12. The 1950s style Atomic Age artwork on their website winks at the concept, with the label of their forthcoming Disruption Black IPA featuring Michael in the basement of their house tinkering over a 50 litre pilot brew bench. If it’d been a few degrees cooler at the Great Canadian Beer Festival, we might’ve seen them in those full yellow respirator suits.

What really drove the point home was walking past the growler bar and offices (still under renovation), and entering the main brewing room to see a full lineup of gleaming stainless steel equipment, built just down the road at world-renowned manufacturer Specific Mechanical Systems. “All of our brew equipment is all from Spec Mec, as they call it,” said C12’s employee number 1 and certified cicerone, Sales and Marketing Manager Jeff Kendrew (formerly of Vancouver Island Brewery.) “No other brewery in Victoria has a full Spec Mec system, none yet anyway, so it’s kinda neat to be able to work with them.” 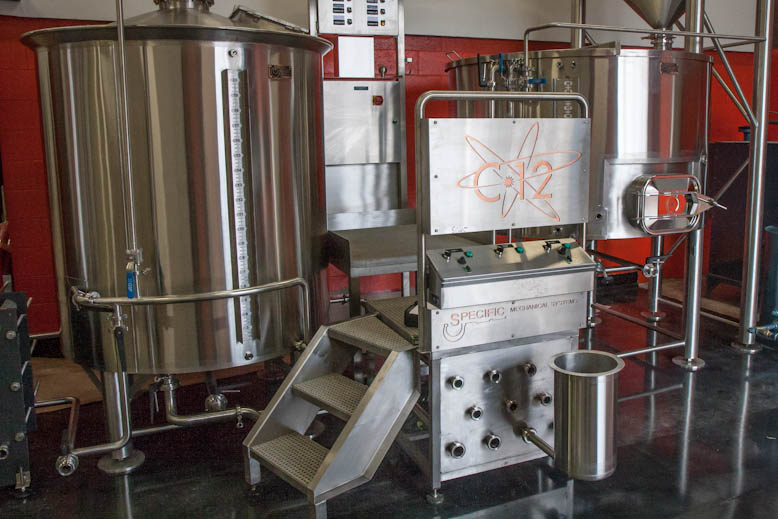 From the array of heavy-duty pump switches, to the custom logo machined into the console, C12’s kit is easily the slickest I’ve seen in town, and it’s a great match for the light industrial vibe of Keating Cross Road. It’s exciting to see a new brewery open up on the peninsula, and while Central Saanich wasn’t their first choice, it has a certain appeal. “For Michael it’s like coming back home,” said Karen. “He grew up in Mount Newton, he graduated from Parkland, his first job when he was done grad studies was Microtek just down at the corner of Kirpatrick and Keating.” It’s a fair stretch from downtown’s “beer mile”, but with the sheer volume of traffic and receptive community, Karen isn’t worried. “It gives us a chance to kind of spread our wings a little bit out here and not be in anyone’s backyard.”

Brewmaster Michael is taking full advantage of this freedom. The first two beers out of the Spec Mec rig aim to shake up the Victoria market, and his intention is clear right down to their names. First up is Disruption, a seasonal Black IPA, otherwise known as a Cascadian Dark Ale (incidentally, an awesome name for a black metal band.) “If you were to close your eyes, you would think you were drinking a full-on west coast IPA,” says Michael, “but it’s got this really nice subtle smoothness to it that comes from the low percentage of dark malts.” 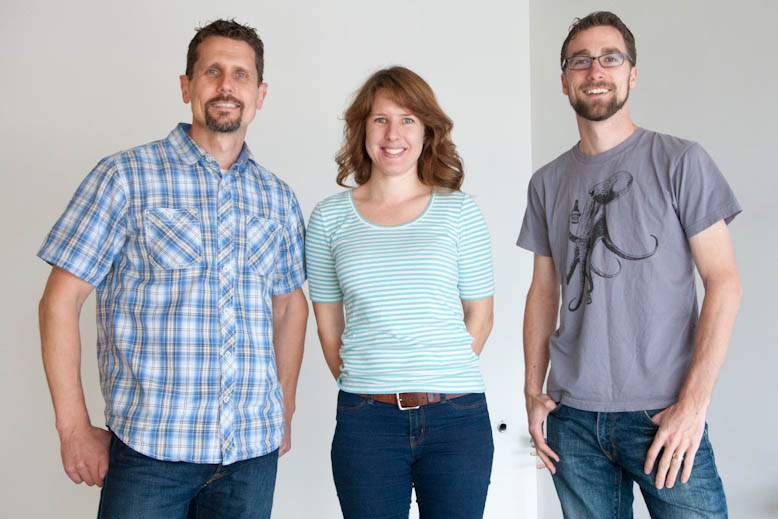 For those with less of a hop tooth, C12’s first year-round brew will be the utterly Unsanctioned Belgian Inspired Saison, which they describe as “discreetly sessionable” despite its 6.9% ABV. “If you like a saison it takes it up to the nth level of alcohol and all sorts of tasty stuff,” says Karen, a former sommelier who’s come to appreciate beer through the hop-light Belgian varieties. “It’ll disrupt all your preconceptions.”

Now that all the equipment’s installed, the trio hopes to be brewing full-steam by mid-November. Keep an eye on Category 12’s website and social media, and you might just be one of the first to try Michael’s first ever commercial batch. 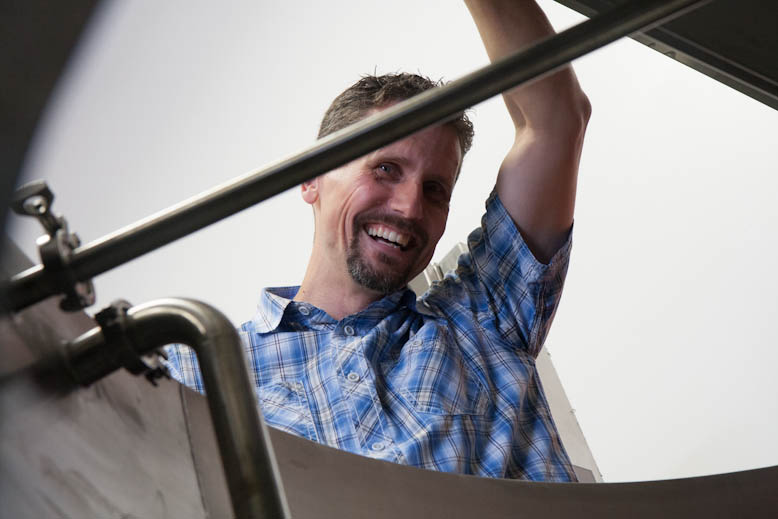 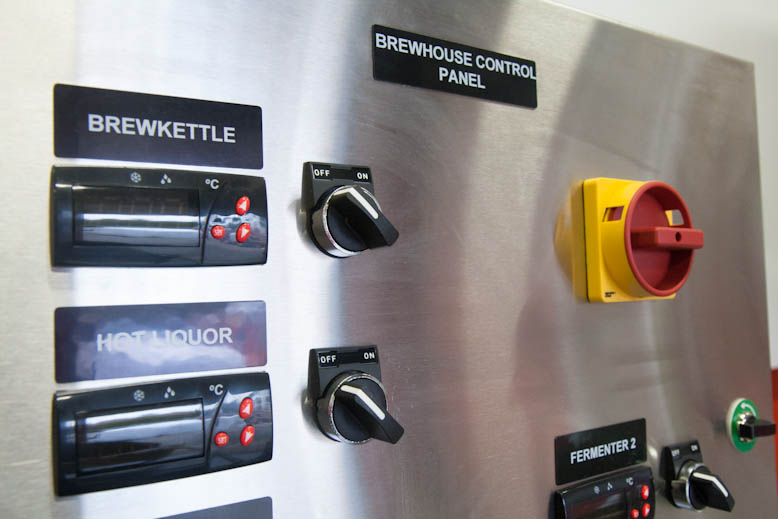 The article on L’Apéro in the May|June issue should have stated Chef Andrea Maiolo staged at The Courtney Room and Zambri’s and that he held the ...
Read More
May|June issue on the stands. Read ...
Read More
COWICHAN Having only visited Merridale Cidery once during the sunlit summer, the dimly lit and very damp drive up the Malahat seemed more ...
Read More