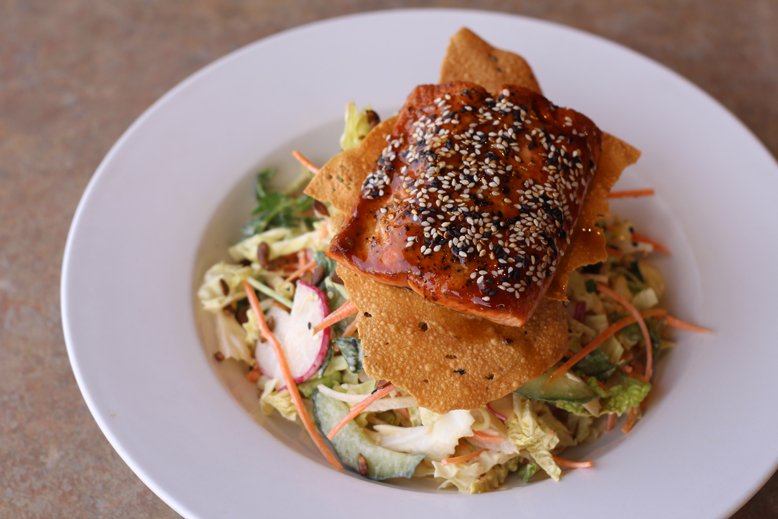 Whereas most restaurants are rushing to add artisanal toast to their menus, Victoria’s newest diner is paring back on this iconic staple.

Launched March 3rd, Belleville’s Premium Watering Hole and Diner inherited the former Swiftsure space in the inner harbor Days Inn. Co-owners Petr Prusa (of Floyd’s fame) and Rob Chyzowski took over operations back in September and slowly introduced their take on the classic diner — including the reduction of toast.

It’s still on the menu, but don’t expect to see slices accompanying many breakfast orders. Belleville’s has a different approach. “The Swiftsure was — for lack of a better word — based on quick food. We want to serve good food at a great price,” says Prusa. “At Floyd’s, there’s always potatoes and toast leftover. Here, you get a big plate of food and there’s no filler.” 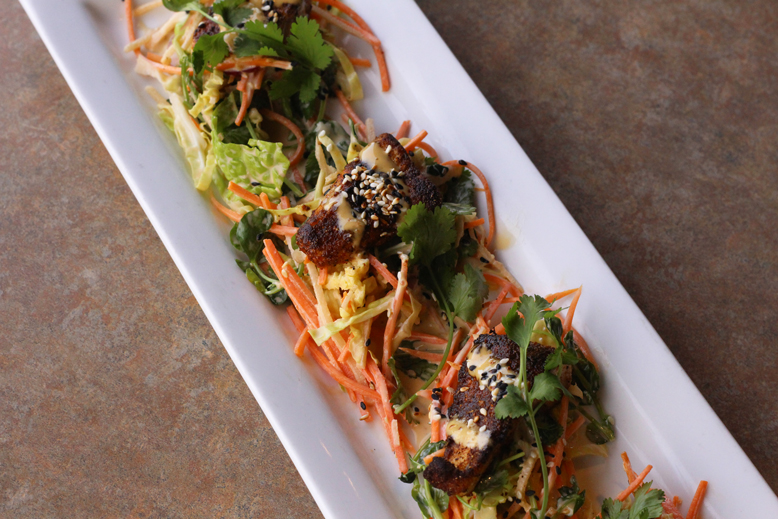 Breakfast includes favourites like eggs benedict — if you could call it such — that swaps English muffins for handmade samosas or spanakopita. With sauces like pineapple chutney, basil salsa verde, and lemon hollandaise, the poached egg is the only familiar component. Other menu items are named after iconic films or figures, such as the Homer Simpson (eggs and bacon with polenta and maple beans) and Once Upon a Time in Mexico (a thick slice of frittata served over Spanish rice and guacamole in a tortilla bowl). 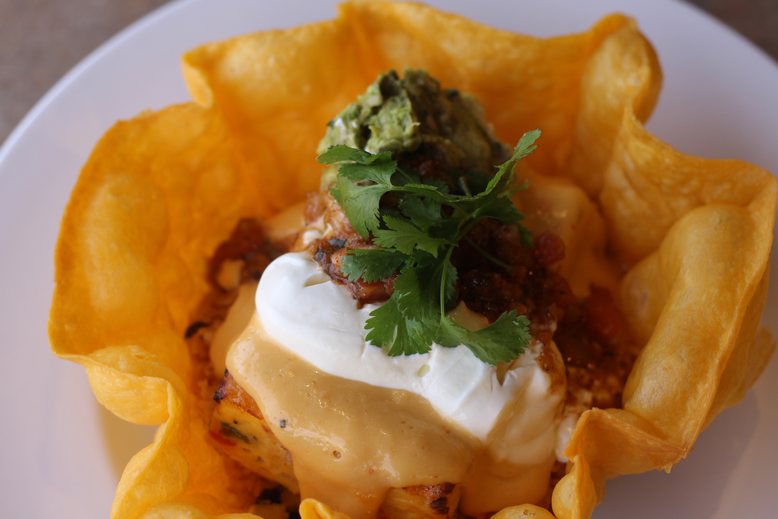 Once Upon a Time in Mexico

“The inspiration was comfort food with a twist, a funky diner,” says executive chef Mark Lagimodiere. “Everything is house made, even the sauce for the chicken wings.” Lagimodiere’s background includes time at the nearby Steamship Grill, Glo, and Med Grill. While the menu retains some diner staples like meatloaf and fried chicken, there’s a definite #yyj influence. Braised beef short rib poutine, quinoa salad and a plate of bacon with a tall can of beer are all available.

And unlike many Victoria restaurants, Belleville’s is anything but tiny: 350 seats spread over the watering hole and diner. There’s a weekday happy hour, breakfast is until 2 pm, and the Kitchen is open to 11 pm and midnight Fridays and Saturdays. There’s music bingo on Wednesdays. You can find sixteen beers on tap, including local brews from Hoyne, Phillips, Lighthouse and Driftwood. 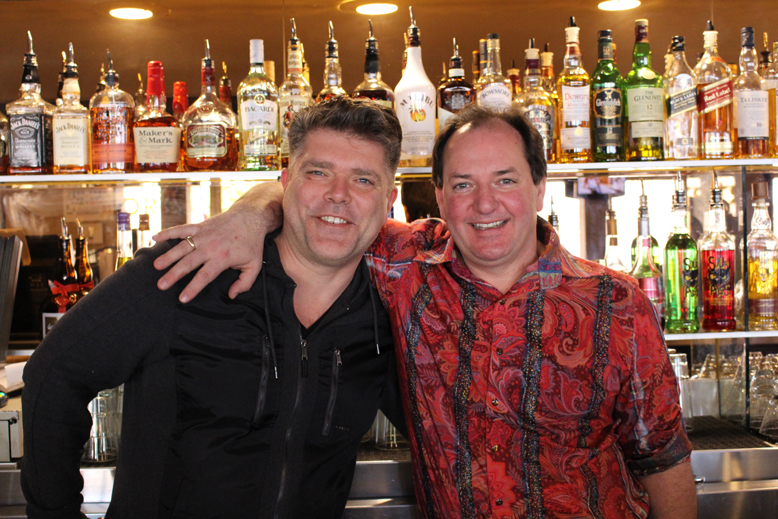 “We want to capture the locals. In the 80s and 90s, the Swiftsure was the place to go. I remember telling my friends that I was taking over the restaurant and everybody said ‘Oh, I used to go there.’ We need to capture them again,” says Prusa.

In addition to new carpet, booths and fresh paint, a key component of the restaurant refresh was deciding on a new name. 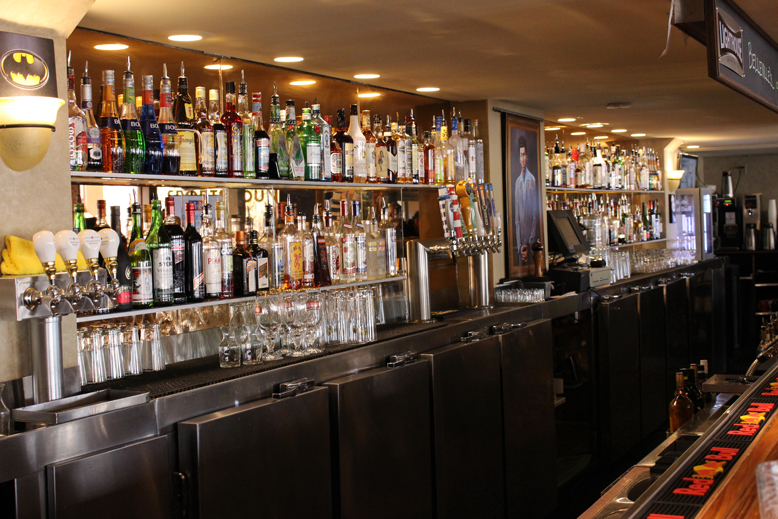 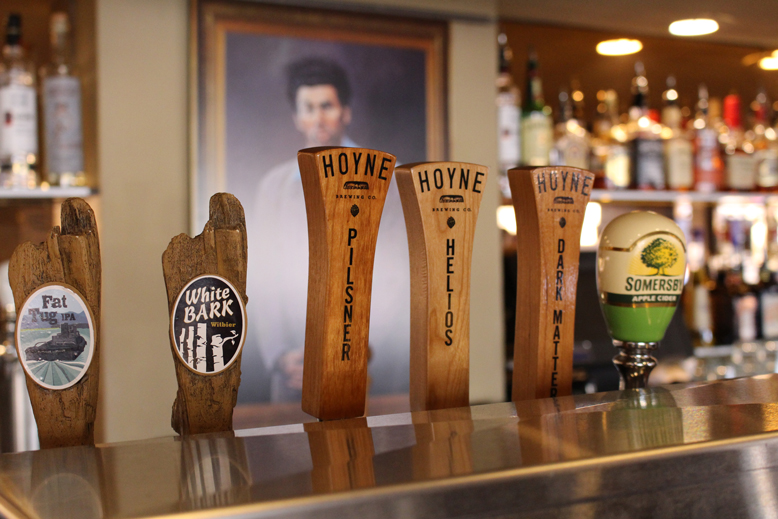 “Should we keep it the same? The Swiftsure had been here for so long, but the reputation wasn’t that great. The service and décor was old and tired,” says Prusa. He and Chyzowski first landed on Mahoney, a nod to Floyd’s, but someone in Vancouver had already snatched the name. Belleville’s after Belleville Street was the winner.

“When you define a diner, what really makes it? To us, a diner is a casual, fun atmosphere,” says Chyzowski. “The food has fantastic flavour and it’s never pretentious.”

With Phase 2 beginning, restaurants and patios, tasting rooms and coffee shops are reopening. This is an ongoing process, with many changes, so we ...
Read More
Health experts have been extolling the health benefits of grass fed beef for years—for good reason. Compared to beef from conventionally raised ...
Read More