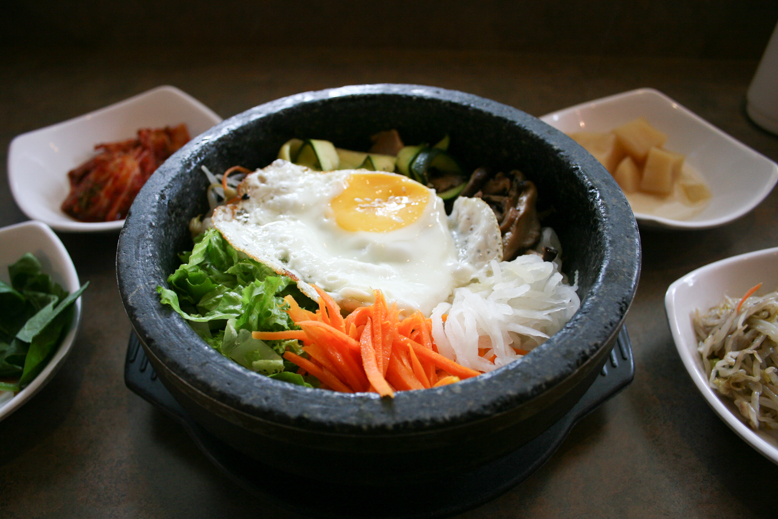 As I said when I was writing an article on donuts the other day, I once in my foolish youth exposed my heart to an older woman from the Korean peninsula. Besides gifting me free donuts, she also took it upon herself to educate me on some of the finer points of Korean cuisine. I was green as could be at the time, and thus every dish was a revelation. Korea is not quite like any of the countries that abut it. They have invented their own alphabet and language, and they have their own ideas about how to cook and eat things. I guarantee that if you have never tasted kimchi—a spicy fermented cabbage dish—that its taste will surprise you, as it is unlike anything else, and can be an acquired taste. Trying kimchi is worth it, however. I have a vat of it in my fridge right now. 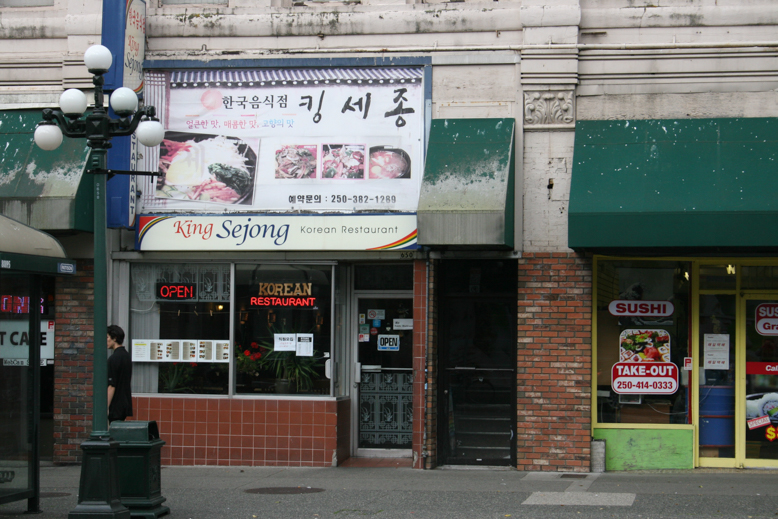 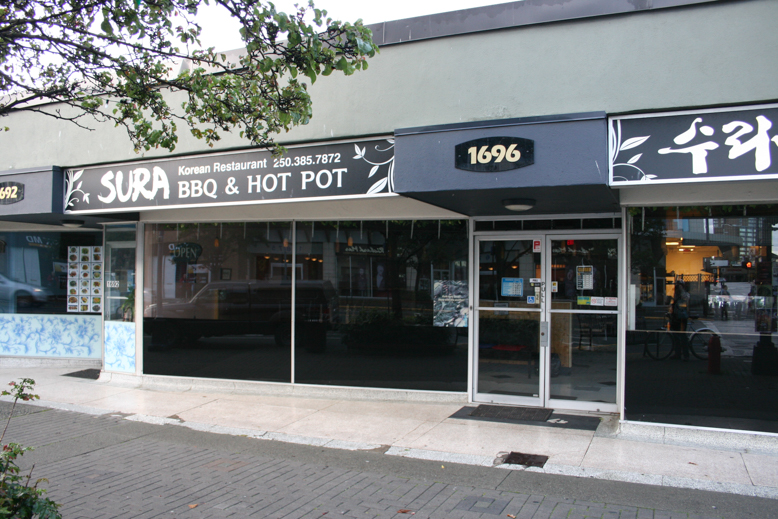 Places to get Bibimbap in Victoria.

The first dish introduced to me, way back in the day, was bibimbap. I suspect that this is because, just as one would learn the verb “to be” when first learning the English language, bibimbap is a dish that is central to Korean cooking. It is something that is very specific, but at the same time it can contain almost anything. The dish is essentially steamed rice with vegetables, a fried egg, and some spicy sauce. One can, from there, add beef, mushroom, chicken, tofu, or any other ingredient.  All the ingredients are mixed up after being served and then eaten. Often there are a number of side dishes served, as well: kimchi, potato, other sorts of pickle. Bibimbap is wonderful because it can be a quick meal, a humble meal, or it can be as extravagant as one desires.

Some people say that bibimbap originated as homage to the religious offering bowl used in ceremonies and containing all the bounty of the harvest that one needed to please the deities. Others say that the different colours represented in the dish represent different regions and cultures in Korea. I admit I am not an expert in these matters, but I also think they are not entirely necessary for enjoying this dish.  As strange as it may seem, I was quite pleased when I had the chance a few years ago to eat a bowl of bibimbap while in Seoul, Korea for a minute on a stop-over. My bucket list is full of strange entries.

Dolsot Bibimbap: I tried this at Sura Restaurant on Douglas. In Dolsot, the bibimbap is served in an extraordinarily hot stone bowl, which arrives sizzling at the table. The egg on top is often raw or semi-raw and cooks against the side of bowl as the food is mixed.  This type is the lead photo.

Regular Bibimbap:  I had an excellent bibimbap at King Sejong on Yates. This variety is served in a normal bowl and may be cold or hot. The egg on top will already be cooked. 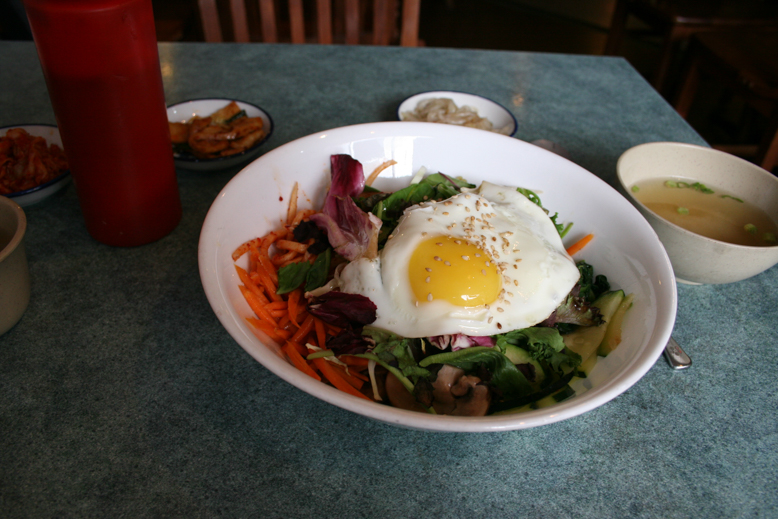 In either case, the presentation is everything. All the ingredients are neatly arranged in the bowl when it arrives, generally (though not always) with the red chilli sauce on the side. It is up to the diner to mix the ingredients together with the sauce and then devour it with either chopsticks or the long spoon provided.  It is also an option to mix any side dishes ordered in, but it isn’t a requirement. They can also be eaten on their own for a textural variety.

Bibimbap is worth trying, but one should also remember that it is just a gateway to Korean cuisine.  Koreans are also masters of the hot pot, or barbecue, and of a number of delicious desserts.  Have fun exploring!

photo credit: Stephanie Hull, used with permission When Dave Craggs of Ferris’ Upstairs told me he was preparing for a beer dinner, my inclination ...
Read More