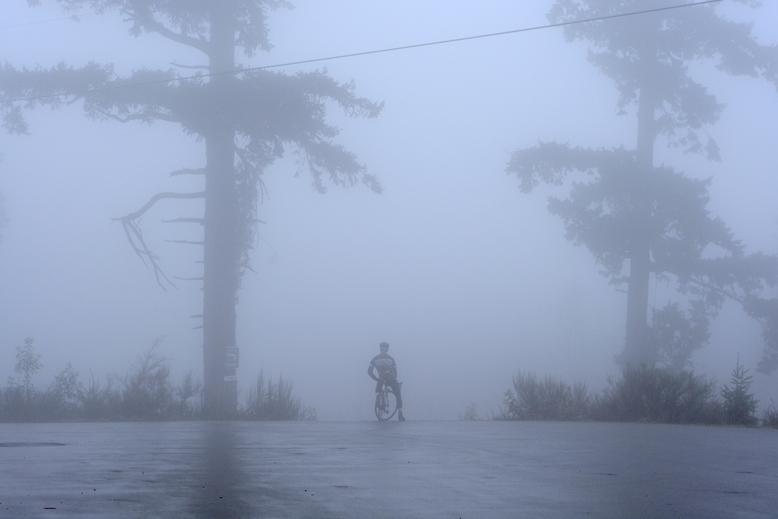 Midway through a typical rain-soaked, mist-laden Vancouver Island winter bike ride I’m cold, thirsty, miserable, and wet. Mind broken, soul chilled, the sweet, malty caress of a bomber of Hoyne Dark Matter is all that keeps my legs moving. Mercifully, time passes quickly, and I clomp and shiver my way into Cook St. Liquor. Hands shaking, I somehow manage to exchange a soaking wet ten dollar bill for a bottle of the good stuff, and wrangle the precious liquid back to my apartment, drinking it in the shower. It’s delicious, it’s refreshing, it’s starting to give me just a tiny bit of a post-ride buzz, and I couldn’t be happier.

This post-ride ritual is not specific to me — it’s a universal truth that beer pairs well with cycling. Somewhere in history, beer and cycling found one another, and they’ve been inseparable ever since. That relationship is particularly evident here in Victoria: Phillips regularly sponsors the many alleycat races organized by Stuckylife; Driftwood sponsored Stuckylife’s 2014/2015 Semiprestige race series; and Spinnakers supports Ryder Hesjedal’s Tour de Victoria, going so far as to release a year-round Tour de Victoria Kölsch.

So what’s this bike and beer thing all about, anyway? Cycling has a long-standing relationship with coffee, which is easier to understand, but if a shot of espresso is what gets us out there, malt and hops are what bring us back into the world. After a hot day of riding nothing refreshes like a crisp Pilsner or a tropical IPA, while imperial stouts and sweet porters warm after the coldest of rides. Yes, I realize that this all sounds a bit like a beer commercial, but the union between cycling and beer somehow manages to hit that note of refreshing, sublime impossibility. There’s a feeling of being “out there” when on a bike and that’s exhilarating stuff. Does beer temporarily extend that sensation? Does it bring us back into the world from that higher cycling realm? Or is it just refreshing and delicious and good? It probably doesn’t matter — no matter what you drink, and no matter what you ride, just get out there, and enjoy both.

Here are some favourite post-ride brews from local cyclists:

“The Amnesiac Double IPA is a favourite in winter, but nothing refreshes after a scorching ride like a light, sweet wheat beer.” — Emile de Rosnay, elite road and track cyclist/racer.

“I came across the Four Winds Brett IPA after my first hot summer ride last year — it’s definitely one of my favourite brews.” —Katie Harris, cyclist about town.

“Few things are better than a crisp Pilsner consumed in the shower after a gruelling muddy race or a long cold day in the saddle.” — Parker Bloom, racer and Stuckylifer

The article on L’Apéro in the May|June issue should have stated Chef Andrea Maiolo staged at The Courtney Room and Zambri’s and that he held the ...
Read More
May|June issue on the stands. Read ...
Read More
The Dine Around and Stay in Town event runs from February 20 to March 9 and has over 30 local restaurants participating. ...
Read More