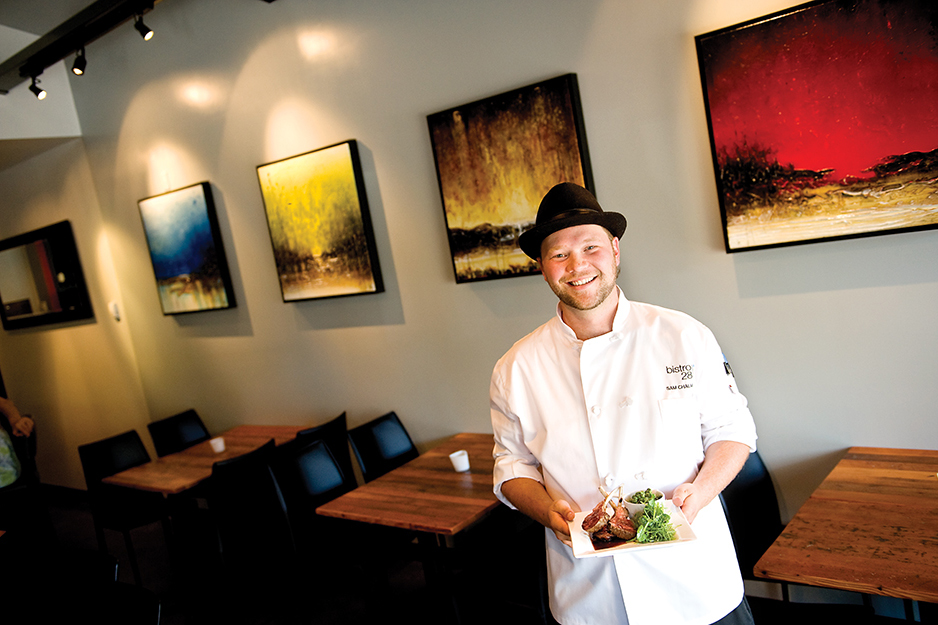 You may have noticed the sign on the door at the now closed Bistro 28 on Cadboro Road in Oak Bay and wondered what happened. EAT wondered too and, to dispel any rumours, we went right to source—Sam Chalmers, chef/co-owner of Bistro 28 and the new North 48 Restaurant on Langley St.

Sam Chalmers: From the get-go, Bistro 28 was our first step, a place for us to see if people enjoyed our food and to get our feet wet in the food business. It was our learning experience, getting everyone used to the biz and running the backend. But, at the end of the day, our lease was up and it was time to move on. We went a week shy of five years.

EAT: You also had The Black Hat and now North 48. Did that influence your decision to close Bistro 28?

Sam Chalmers: We opened our second location, The Black Hat, three years ago, which changed into North 48 last November. The idea was to reach a bigger market downtown. With Bistro we were mainly appealing to only Oak Bay residents.

EAT: Is there a size difference between Bistro 28 and North 48?

EAT: How was business?

Sam Chalmers: Business at Bistro 28 was great and did pretty much all it could do for a restaurant of that size, but we knew going into it that it was never going to be our retirement plan. It did great for a lot of years then tapered off a bit in the last two years. We did a slight refocus in our third year, brought the price point down, and did more of a comfort-y, bistro-y style instead of what we were doing in the beginning (the finer end of bistro dining).

Sam Chalmers: The Fairview Cellars dinner where we did two straight nights of dinners—one with eight wines. It was crazy. We had so much fun doing it. We did so many winemakers dinners and we also did a brewmasters dinner with Driftwood. Bistro 28 was the perfect size for that sort of thing.  Our size was both a strength and a weakness. Strength: a lot of our regulars could just walk to us. Weakness: it was tough to attract people from outside Oak Bay. In Victoria, a 10-minute drive is an eternity. Where I’m from in Edmonton everything is at least a 20-minute drive. We’re so lucky here.

Sam Chalmers: For a restaurant, five years is a good mark to hit and it’s something to be proud of. Plus, it was great to work with Dave Hedeman (now in Spain) and Christian Sealui (now a bartender a Ulla).

July|August issue on the stands. Read ...
Read More
It’s the weekend Victoria whisky lovers wait for all year, an event that sells out months in advance, an occasion worthy of dusting off the ...
Read More