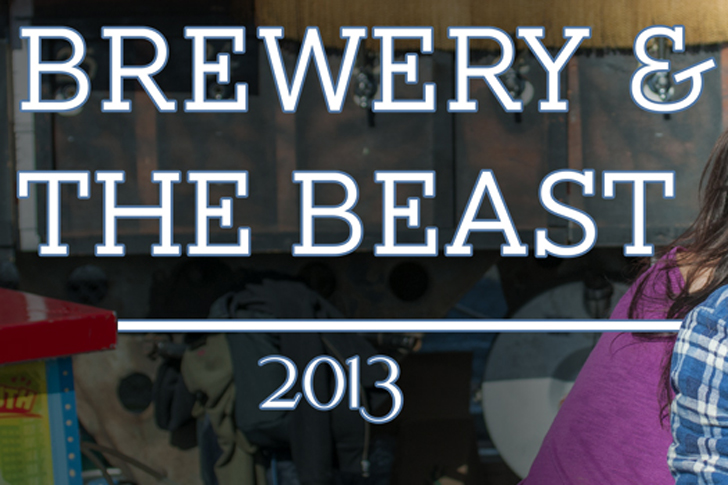 It was a hot one. The morning of the Brewery & The Beast Victoria started out in the worst way; it was raining buckets—the big, splooshing-style drops, not the usual Victoria drizzle. I checked twitter to see the status for the event and it said to “put on your rain hats and coats”. I threw them in the car and made my way downtown. Luckily, by the time I got down to Phillips Brewery, the sky had opened and let in blistering hot sun. I walked to the line and noticed other people were also in T-shirts, making me feel optimistic that others were also trusting that the rain would stay away. After a very brief wait in line (Seriously! It moved quickly!), I made my way into Phillips’ backyard. I was first hit by the mouth-watering smell of barbecues in full swing. I went to The Whole Beast table first— they had made a delicious looking “hand pie”. The pastry was made of Fry’s wheat and was filled with pork tongue, cheek, jowl, and heart, as well as chanterelle mushrooms. The pie was incredibly moist inside with the pastry so tender that, after the first bite, it just wanted to flake apart.

Okay, time for a drink—it is, after all, called Brewery & The Beast. Phillips Brewery had most of their regulars on tap, with a few special brews, and their sodas. Merridale Cider was also in attendance if you weren’t a beer or soda drinker. Volunteers manning the drink stations had a hard time keeping up with the thirsty people lined up!

Continuing to nibble through the various offerings of different restaurants and butchers, you could see diversity and creativity in the many different ways (even in the dress as in Two Rivers Meats fantastic red butcher coats)  to prepare meats for an event like this. From The Guilds’ Coronation Chicken to Choux Choux Charcuterie’s Beef Heart Tartar; from the simplest of preparations—sausage with mustard drizzled over by Smokin’ Bones Cookshack—to more elaborate takes on old favourites­—Vista 18’s Liver and Onion Corndogs with gravy, very soft inside with a great crispy outside. There was really no shortage of unique ways the participants prepared the wonderful cuts of meat showcased.

The day was very well attended and I even spotted some chefs (on a rare day off) who were there enjoying the sun, beer and meat.

Only in its second year, Brewery & The Beast was incredibly well setup and run, with  varied and interesting participants serving delicious creations—I can’t wait to see what its third year will bring!

Enjoy the photos below! 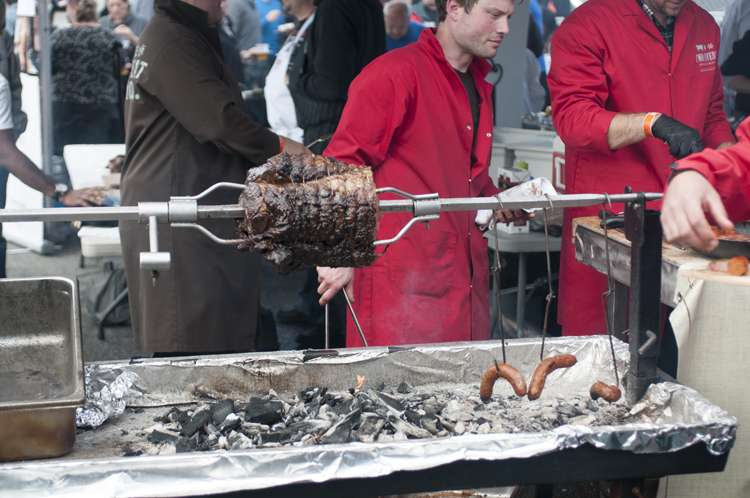 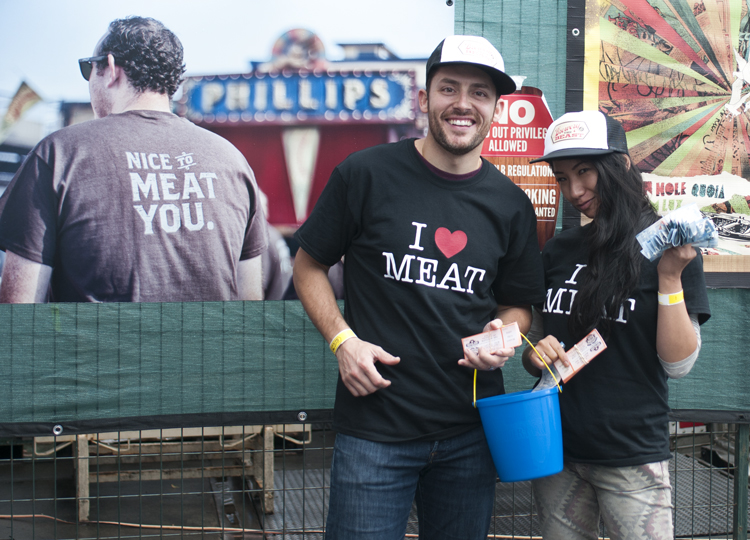 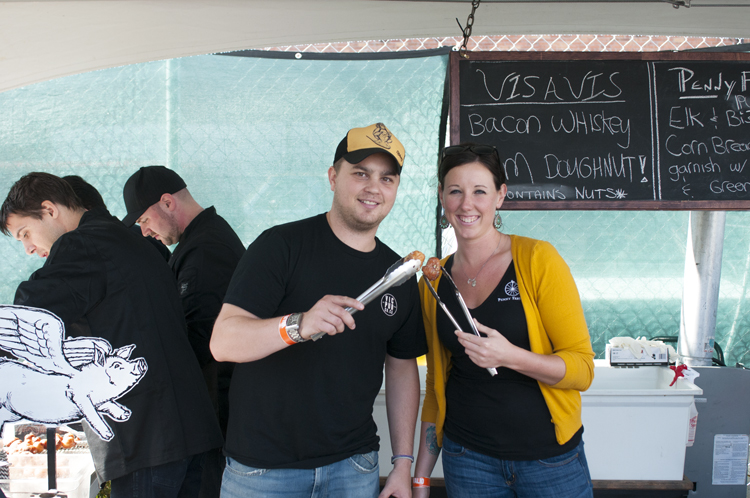 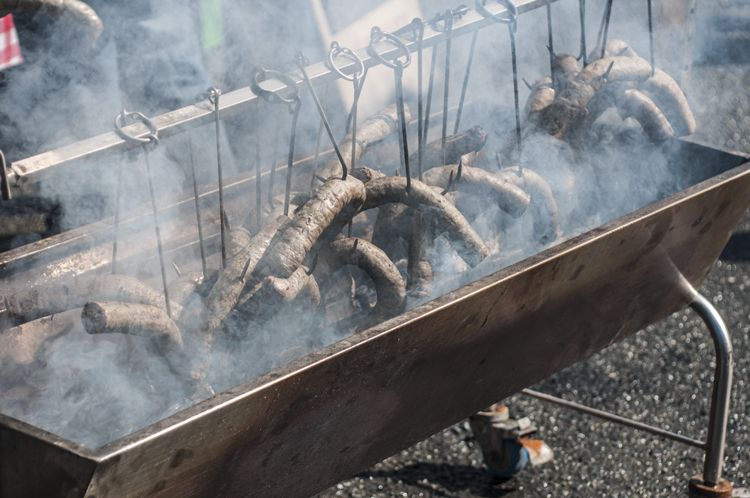 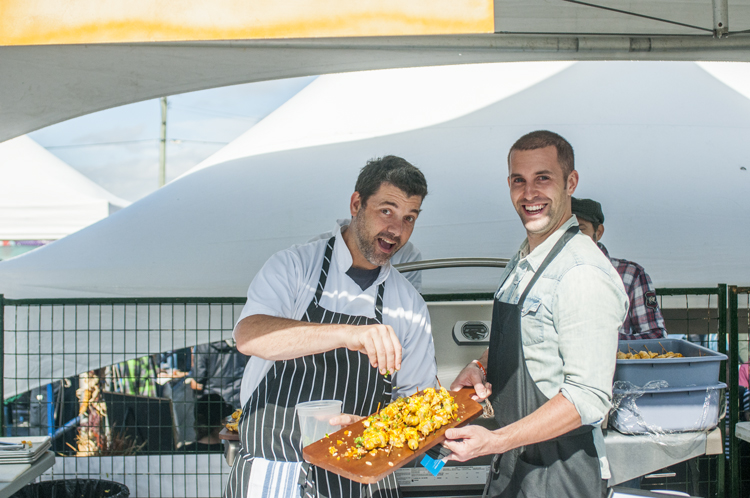 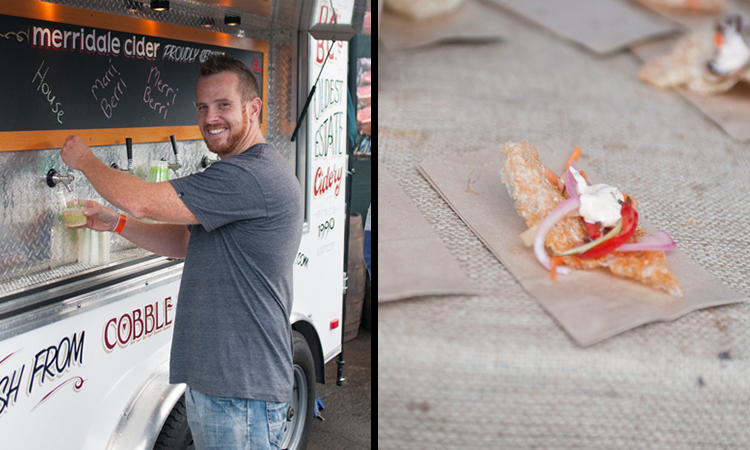 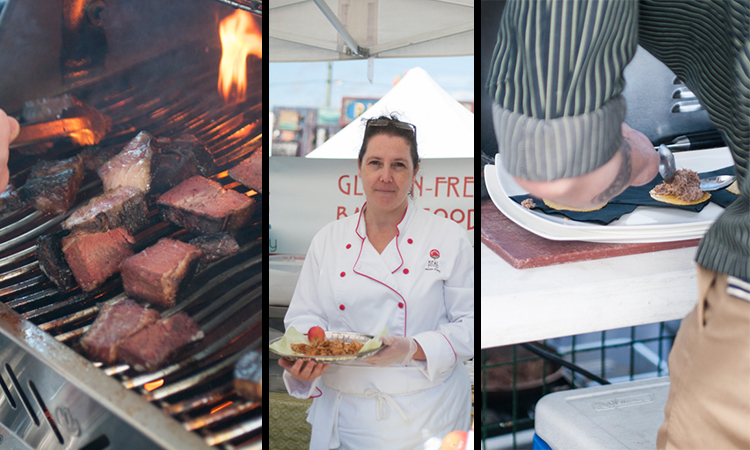 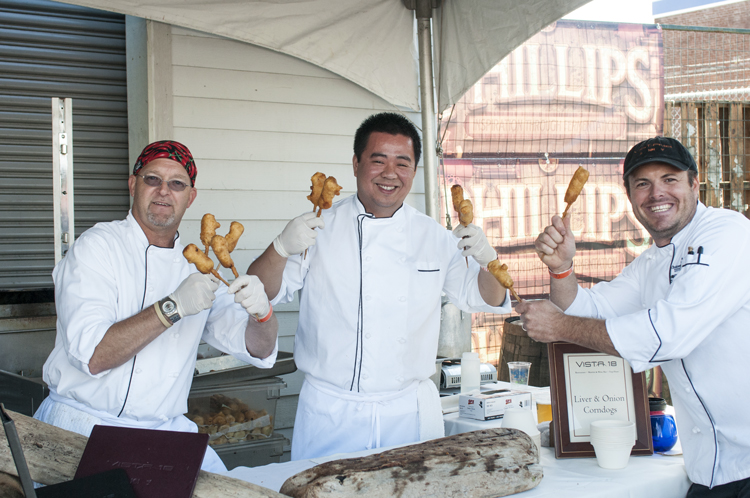 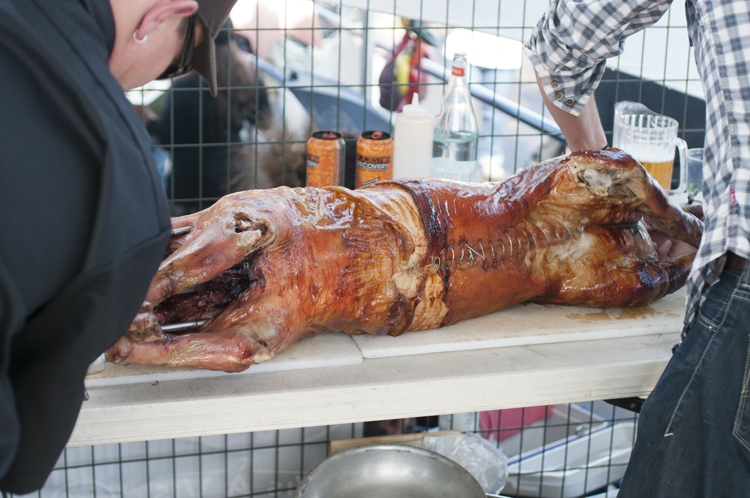 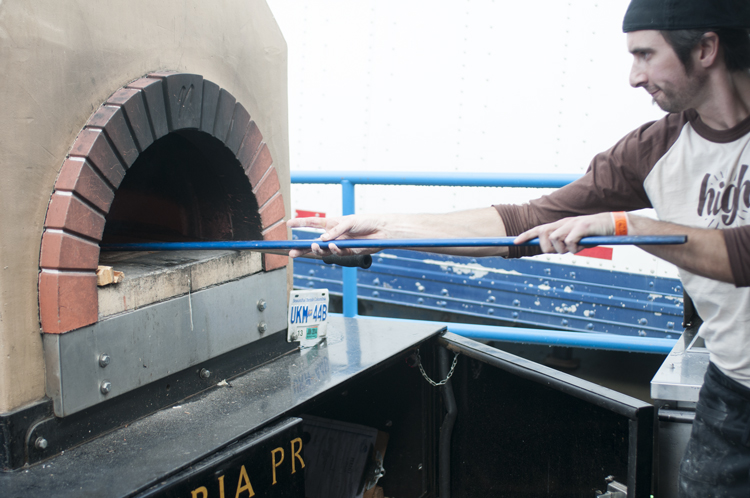 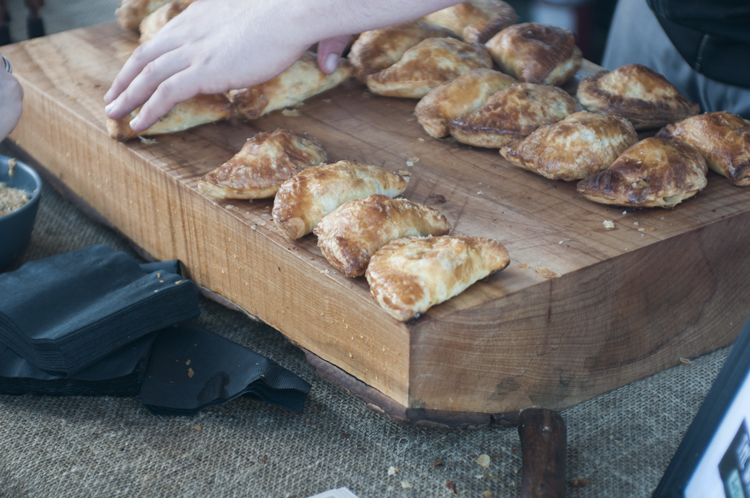 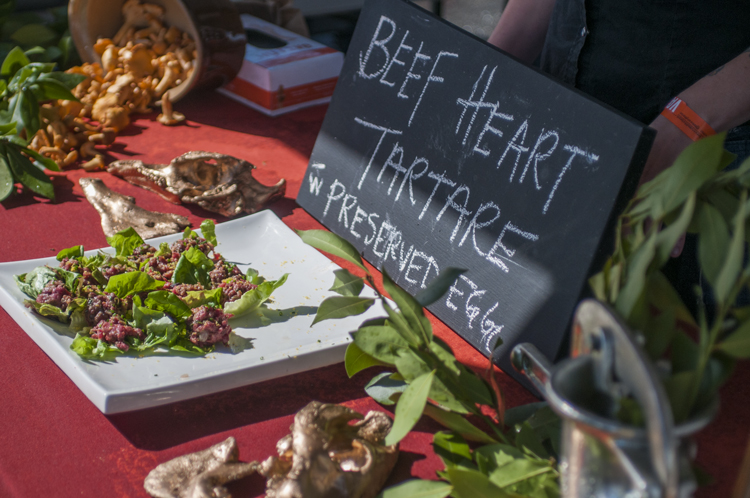 This spring has been busy for Shatterbox Coffee Bar. After nearly three years, they’ve relocated to the historic George Mason building (read about ...
Read More