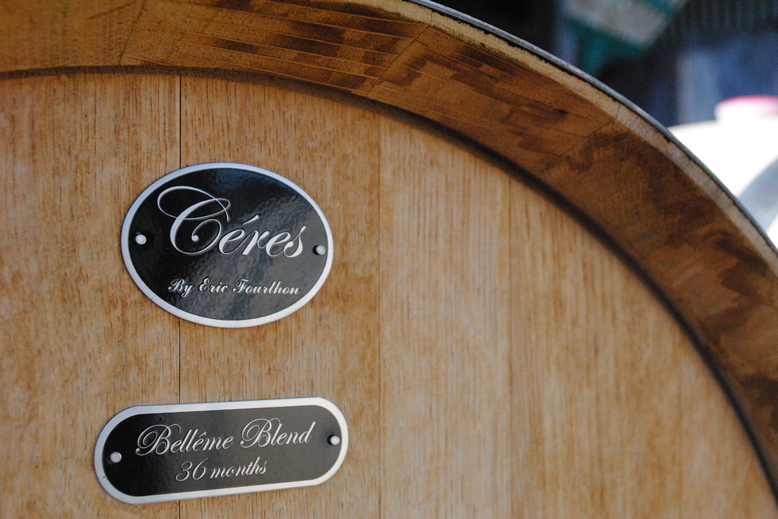 In our celebrity-oriented climate, many industries have one person or role in the spotlight. With music it’s a band or singer playing centre stage with the sound engineer in the background; at a winery, the winemaker often gets more airtime than the viticulturist (we might see that change as farming becomes more hip). Another unsung hero in winemaking is someone who – other than the aforementioned – can heavily influence what’s in your glass: the cooper, or barrel maker. In February this year, the Okanagan’s only cooperage closed its doors.

Many people probably weren’t aware that British Columbia makes (or made) wine barrels. It’s understandable, but regrettable – since until February we laid claim to a French Master Cooper. With Okanagan Barrel Works ending production after 13 years, it leaves a small but noticeable void in our wine industry. They made custom barrels and repaired damaged ones. That’s a big deal, considering most often our barrels come from France and returning them is costly.

“We worked with Okanagan Barrel Works from the very beginning”, says Alison Moyes, winemaker at Stoneboat Vineyards. “We probably ordered six or eight barrels [from them], of the 30 we buy each year.” That’s a significant portion of purchasing local: 20-25%, depending on the vintage. Of particular note were those selected to age Stoneboat’s pinotage, a grape less commonly grown in the region. It was convenient to have a local cooper fine-tune the barrels for that wine, and master cooper Eric Fourthon would visit the winery for year-over-year barrel tastings. “To have an expert with that experience personally taste the wines and make recommendations is so valuable”, says Moyes. “An expert who’s accountable to you.”

“In the absence of a local cooper, wineries like Stoneboat will be looking to other sources.”

In the grand view of things, winemaking here is in its infancy. We’re growing our wine culture and the collateral businesses that accompany it – such as Ripley Stainless to manufacture stainless steel tanks, and commercial winery and brewery supply company Cellar Tek who provide equipment “from fermentation to filtration, processing to packaging” (their tag line). It’s the age-old argument of which comes first, the chicken or the egg. Do we actively recruit ancillary businesses in order to grow our wine industry, or do the businesses develop from increasing growth in local production and demand for suppliers?

“Supporting local is important to us”, explains Moyes. When wineries like Stoneboat purchase locally produced barrels, “the money goes right back into our own region.” Since much of the wine we produce stays in our own province, on the surface it makes sense to have local supports in place – but that cost might still be prohibitive. Okanagan Barrel Works didn’t indicate their reasons for closing and it would be unfair to speculate. However, it’s reasonable to make a few assumptions of what could have impacted the decision based on what we know of the local wine industry and small business. We often hear of a glass ceiling; your company is too small to be priced competitively, but retaining the very qualities that attract your customers (handcrafted, attention to detail) while growing to meet demands can contribute to make expansion – and sometimes maintaining the status quo you’ve set – somewhat challenging. The road from small producer to larger manufacturer can be fraught with financial peril, and many small businesses have difficulty making that voyage.

In the recent past, our Okanagan cooperage produced barrels for wineries across Canada – including Stoneboat and Road 13 Vineyards in BC, and Tawse Winery  in Vineland, ON. This short list barely scratches their client surface but indicates the far reach of our local talent. Additionally, master cooper Fourthon was working with his own brand: Céres, made from 100% French oak. Fourthon’s barrels remain active in barrel programs at local wineries, storing wine from recent vintages that have yet to be bottled. 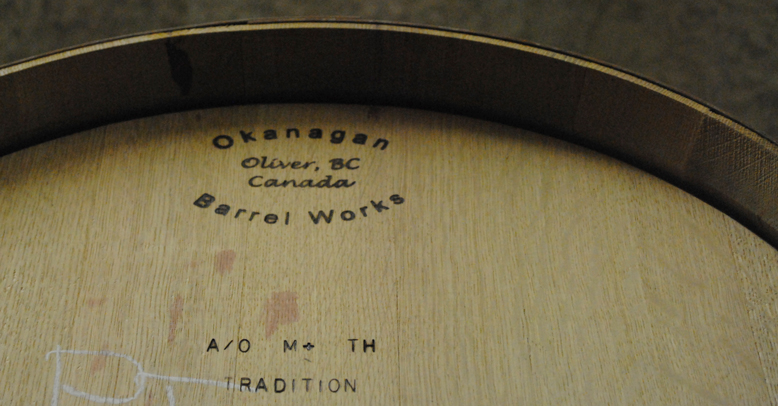 Barrel programs vary, but generally the term refers to the process of knowing and planning what barrel from which cooperage at what level of toast (charring on the inside) is used on every wine each vintage. Winemakers can use multiple coopers, a variety of toasts (light, medium, medium-plus), and even different woods to age a single wine – the sum of wine from different barrels becoming greater than its individual parts. “The whole point of Céres barrels was to experiment with them”, says Moyes. “Three years I ordered from him [Fourthon]. He’d come the following year and do a tasting, and we’d hone the program from there.”

In the absence of a local cooper, wineries like Stoneboat will be looking to other sources. “For me, a number of coopers will replace them”, says Moyes. “I don’t keep all my eggs in one basket. We’ve done some experimenting.” The decision on what barrels to order will happen well before the fruit has begun to set for this vintage, as most orders are placed in May. “That’s part of why we experiment.”

The Gold at the End of the Rainbow

While the art of cooperage appears to be lingering in the shadows and the closure of Okanagan Barrel Works is a loss to the BC wine industry, the gold at the end of this rainbow is knowing that a master cooper like Eric Fourthon decided to move to and remain in the Okanagan for as long as he did. It speaks to the rising quality of our wines. While here, Fourthon gained a small legion of dedicated winemaker-fans across the country that will note his absence. “Eric gave me this tip”, Moyes says with a grin. “He said ‘tell the cooper you want un-blistered barrels’. I’ve done that ever since.”

When his job ended, Fourthon has returned to France and now spends his time between Beaujolais and Burgundy as site manager for two cooperages and production manager with Dargaud et Jeagle. Locally, Cellar Tek has expressed interest in exploring the idea of adding barrel repair and possibly more to their service roster. At Stoneboat, Moyes is speaking with French sales reps that, of late, have begun to call on Okanagan wineries.

Standing in the spring sunlight, Moyes looks at the elegant metal tag on a barrel in front of her and smiles. “I cross my fingers that we can still get Céres barrels one day.” A sentiment likely echoed by more than a few winemakers who will be keeping a close eye on the journey of one particular master cooper.