Though the opening of Cactus Club’s much-anticipated English Bay location isn’t until early spring, I received a media hard-hat tour (it’s still very much a construction site) and menu preview.

The view is, of course, stunning. Both levels of the restaurant face directly towards the water and mountains, and the street-level patio is flush to the seawall, meaning all of the views are unobstructed. Upstairs, a kitchen garden is being laid out on one side of the dining room and the building itself is going LEED, with a living roof, waste-water sprinkling systems and reclaimed FSC-certified wood beams.

As for the food, the new menu is definitely ocean-centric (and of course, Ocean Wise) and wine-friendly, thanks to the ministrations of Chef Rob Feenie and Sommelier  Sebastien Le Goff. Items like the scallop and salmon ceviche in nuoc cham dressing with basil and cilantro are fresh, bright and clean, and paired perfectly with an organic Airen from Spain. Richer offerings like the butternut squash soup with bay scallop, curry apple foam and herb oil (made from flat leaf parsley) have the signature Feenie heartiness. Sake and soy-marinated sablefish was another stand out, served in a warm barbecue duck broth with tiny shimeji mushrooms (an often-overlooked local product) and paired with the Morlet Chardonnay from California. Favourites like the double-braised pineapple hoisin short rib will also be featured on the new menu, as well as desserts like the pumpkin sticky toffee pudding. Can’t wait for spring…

But, Until Then, It’s Sweater Season 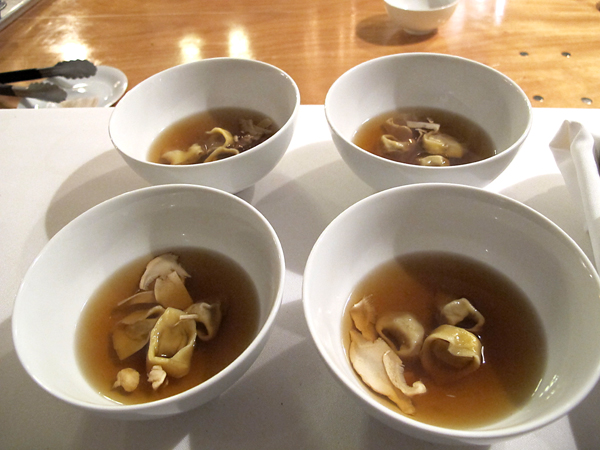 Butter on the Endive Chef Owen Lightly has been holding a series of fabulous supper-clubs in unusual locations all over town. His latest pop-up event happened at The Found & The Freed, itself a pop-up shop in Gastown. For $25, guests enjoyed Yarrow Meadows duck confit tortellini in pine mushroom broth, seared Qualicum Bay scallops with bacon-wrapped salsify and apple-mustard vinaigrette, and grass-fed beef tartare on parmesan crisps, among other delights. Check out the website for upcoming events.

With Phase 2 beginning, restaurants and patios, tasting rooms and coffee shops are reopening. This is an ongoing process, with many changes, so we ...
Read More
A popular go-to these days, for the post workout snack or the mid-day nibble, is the energy bar. Yet the average commercial bar contains over twenty ...
Read More