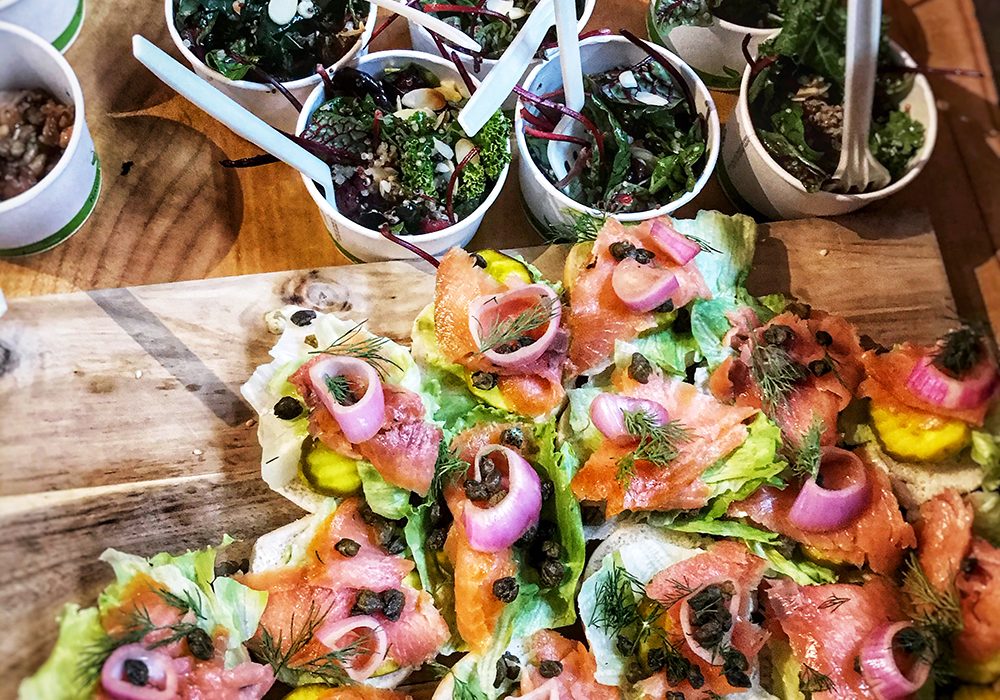 Beer brewers from across the island and the lower mainland gathered in the lofty wooden halls of Canoe Brewpub over November 9 and 10 for the eighth annual Winterbrau festival. Brewers brought their darkest wintery brews for this sold-out, epic two-day event. 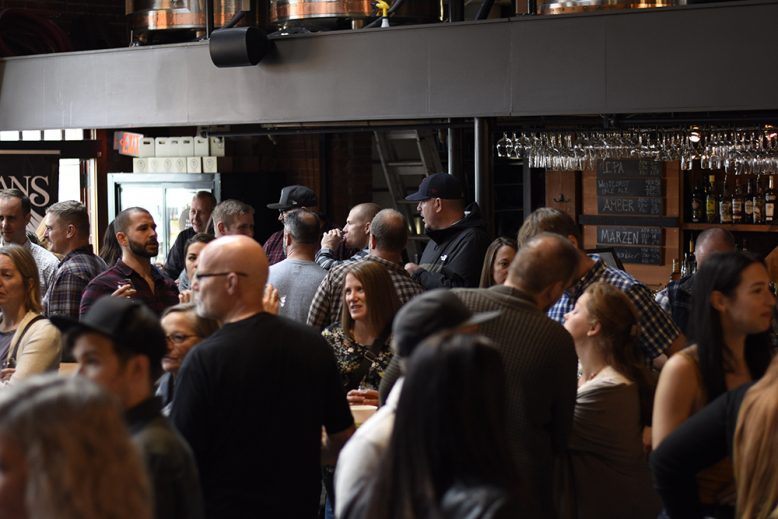 “We saw a void in the market,” says Kyle York, Brewmaster at Canoe Brewpub. “Realizing that there were plenty of beer festivals during the summer, Canoe wanted to offer a similar experience in the colder months of the year. We have this great venue, and we’re a little quieter once the summer winds down, so we were excited to invite people in and see the space.”

This year, the event was held over two days with a different lineup of breweries filling the space each day. “We were able to facilitate double the amount of breweries by holding the event over two days like this,” says York. Almost 30 breweries in all were in attendance, spanning Vancouver Island and the lower mainland. Brewers came to show off their most wintery drafts — dark stouts, strong imperial ales, and even a pumpkin spice blond ale from Russell Brewing Co.

The food was inspired by German street food according to Chris Willis, General Manager at Canoe. Throughout the festival, the Canoe kitchen produced a steady stream of the small bites that were circulated throughout the venue. “Our food program over the past year has really shifted,” says Willis. “We’re very locally focused now. We source a lot of our food from local farms instead of somewhere like GFS or Sysco.” 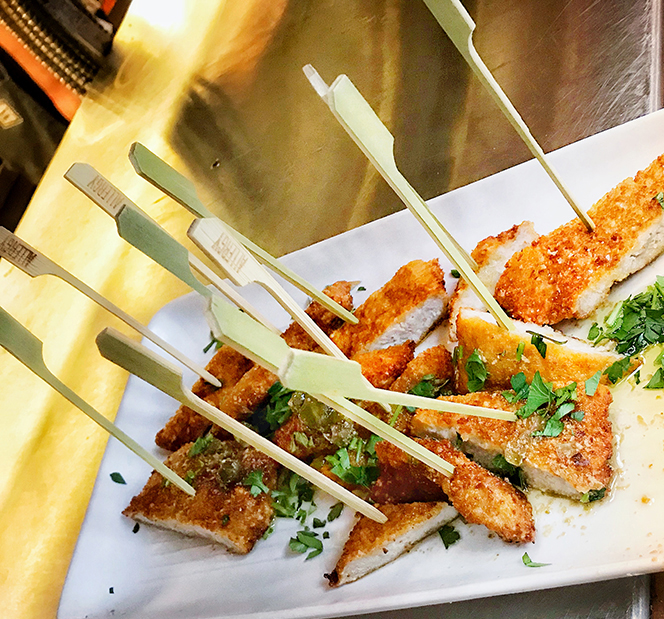 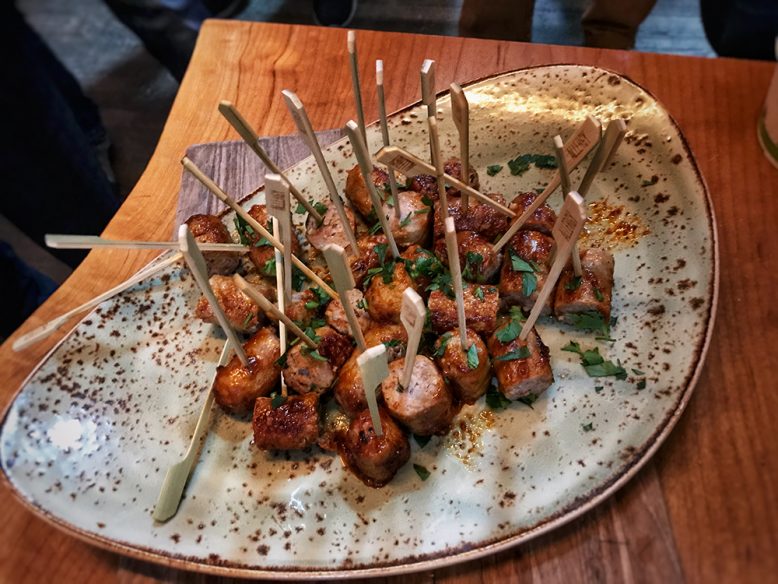 “We normally pair our food with our beer, so we’re excited to invite breweries from across Vancouver Island and the mainland to celebrate for a couple of days,” says Willis.

While the ample amounts of beer and food warmed and satisfied the body, local band Bučan Bučan played both days of the festival to warm the spirit. Self-described as a Balkan brass marching band, the high energy and oom-pah-pah sound kept the event lively and upbeat up until the end. 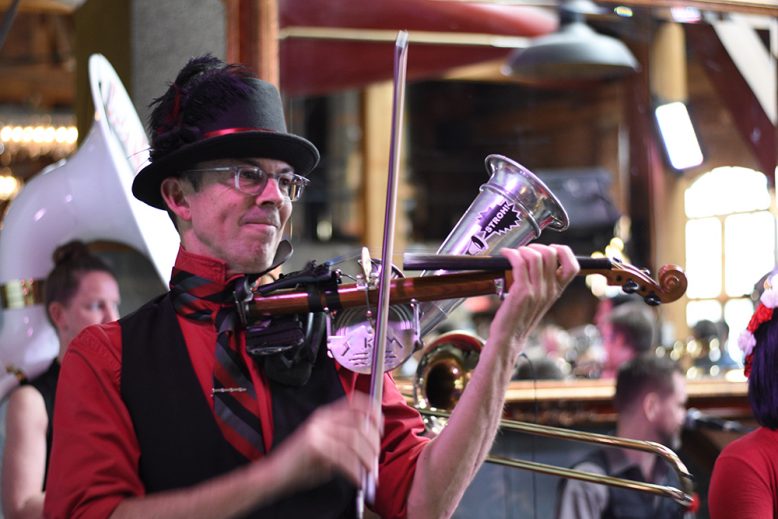 Asking about the future of the event, York says he can’t see them stopping it as they have sold out nearly every year since its inception. “I wouldn’t even mind doing a spring festival as well, with a different theme,” says York. “The venue works so well, and there still aren’t that many beer festivals in the spring.”

Victoria Beer Week returns March 6-14 with 19 different events held in venues around Victoria. This 7th annual festival of craft beer offers ...
Read More
Saanich Brewery Category 12’s ‘Brewmaster’s Dinner’ Marries Wildcraft With Craft-Beer It was somewhere at the beginning of the ...
Read More
Whistle Buoy Brewing Company, a locally owned craft brewery and taproom, is now open in Historic Market Square, Victoria. Whistle Buoy Brewing ...
Read More
The line-up is set and the tickets are on sale. The Great Canadian Beer Festival will return to Royal Athletic Park in Victoria, BC, on Friday, ...
Read More
Victoria Beer Week launched its sixth annual festival earlier this month, which ran from March 1-9. In addition to the festival returning for another ...
Read More
Victoria is once again readying itself to host the fifth annual Victoria Beer Week. As locals and beer geeks alike wet their palates for special ...
Read More

For the ninth year in a row Rancho Vignola is setting up its Vancouver Island Harvest Sale here at the Mary Winspear Center in Sidney. Many of ...
Read More
Season’s Greetings EAT readers! We at EAT are looking forward to all the wonderful seasonal baking on offer around the city. One of the great joys ...
Read More
Masterclass Candied Citrus Holiday ...
Read More
November | December issue on the stands. Read ...
Read More
...
Read More