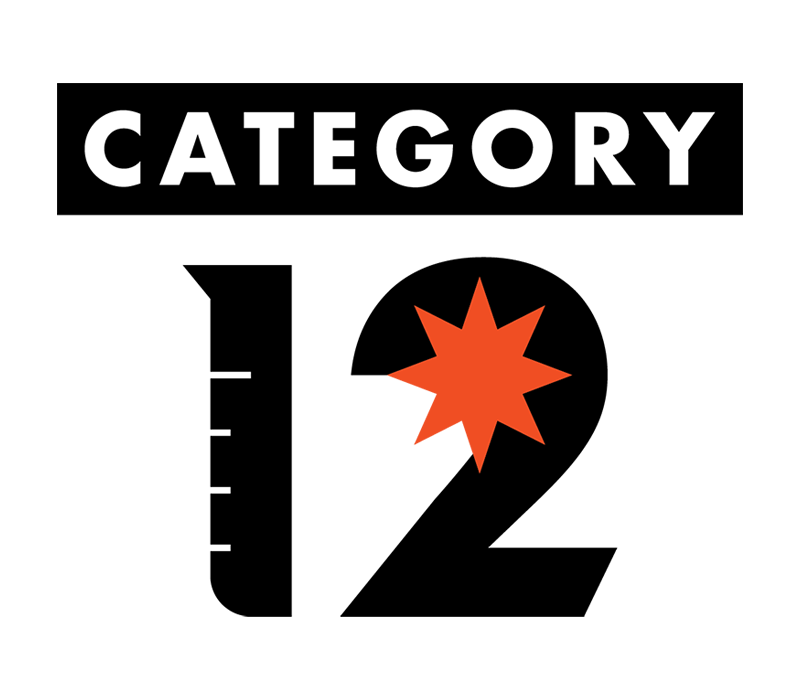 It was somewhere at the beginning of the third course that I realized this was a battle. The thirty-or-so of us surrounding the long, narrow table were actually ringside bystanders as two heavyweights of their respective industries traded nuanced blows. Brewmaster Michael Kuzyk was jabbing and weaving with selections from Category 12’s back-catalogue of aged, limited-release offerings, while chef Chad Martin punctuated the meal with haymaker after haymaker, going for it all, leaving everything he had in the ring.

Fighting doesn’t get a good rap these days, but it can bring out the best in us: courage, fortitude, resourcefulness. All were on display as the sun sank behind the thin clouds across the blue Saanichton sky. But I should start at the beginning…

We filtered into the tasting room to find a harvest-inspired long table, decorated with white linen and black and orange accents—the colour scheme that backdrops the brewery’s midcentury-modern-meets-The-Jetsons aesthetic. The high level of detail reflected the care and genuine dedication to serving their customers that epitomizes what Michael and partner (in business and marriage) Karen bring to the table.

The first pour was Wild Saison, a Belgian-inspired ale infected (purposefully) with Brettanomyces, a bacteria that imparts a sour fruitiness while it voraciously multiplies and ‘spoils’ any beer in its path. In the Belgian tradition, however, it is (mostly) welcomed for its tart complexity. Michael’s iteration of the Saison also spent time on loganberries, adding a mild berry sweetness into the melange of malt and fruit sweetness, offset by a firm hop bitterness.

Our first bites were served by roaming white-shirted waiters, wielding bright orange trays dotted with small crostini-like snacks. The first taste was a good indicator of what we were in for as guests. Decadently rich chicken-liver paté topped with caramelized onion and loganberry jam (crossover noted), sprinkled with smoked ricotta and toasted sunflower seeds for good measure. All atop a sourdough cracker made from the brewery’s discarded grain and fermented in-house. Consider the gloves tapped; we were officially ready to rumble.

We were ushered to take a seat as the next glasses were distributed—ladies first, very civilized.   From wild to raw, our next libation was inspired by ancient Scandinavian brewing traditions, bypassing the lengthy boil that practically all modern beers undergo. Michael added red cedar into the mix for an oaky, astringent note, and complemented it with another injection of Brettanomyces, which was very likely prevalent in the original beers of this era.

To complement this beer, a flaky pastry topped with apricot, apple gel, caraway and chive creme fraiche, dusted with ground smoked mushrooms and topped with wild mushrooms—including a giant, whole chanterelle that thrust my thoughts ahead to the coming autumn. The sweet/savoury tart was served atop a square of—you may have guessed it—red cedar. The gladiators continued their sparring.

Which brings us to the epiphanic moment of the third course. The New World Pilsner was liberally refreshing, with perfumy, mildly tropical hop notes marrying inexplicably moreish German yeast notes. Even though this beer is a personal favourite, chef Martin’s accompaniment won this round by a slim number of points.

There are moments during extraordinary meals that are very much like being awoken. One second you’re going about your business as usual, but then suddenly realize you were, in fact, dreaming. Moments when you can only rest your cutlery on the table and say ‘huh’—you thought you were already eating great food, and then—this.

Thickly cut tuna tataki, buttery in texture and redolent with ocean flavours, straddled by a tender rasher of boar ‘bacon,’ surrounded by crunchy balls of sweet and tart pickled cucumber, topped with wafer-thin pork crackle dusted with salty nori. All framed by dashes of yuzu hollandaise and shiso leaves, with a smearing of avocado mousse for good measure. Perfectly designed, expertly executed—a reminder that there are very few undiscovered ingredients in the world, but many ways to create magic from what we already know.

The rest of the battle went by in a blur. The beers went berserk. The hops came on strong with a Brett refermented Double IPA, then an oaky Belgian pale ale aged in a foeder (a huge vat-like, wooden barrel), and at one point a shaved ice granita made from their ‘Hiatus’—a farmhouse ale brewed with cucumber and lemon.

Not to be pinned to the ropes, the kitchen fired back with a spot prawn bisque (confit tomato, fermented fennel foam, chive emulsion), the crowning glory entree of a bison short rib braised for a casual sixteen hours or so, and a clean, sweet, cold Eton Mess (which was anything but messy.)

After much deliberation, the cacophony of self-appointed judges agreed to call the battle a tie—on the condition that both parties swear under oath to a rematch.

Chef Martin comes to the C12 team after a stint as a major contributor to the kitchen at Norwood’s, the unfortunately defunct but once outstanding culinary experience on the wild island outpost of Ucluelet. The C12 kitchen (or ‘Food Lab’) is currently operating a limited but incredibly tasty menu, as it awaits approval for an increase in capacity. In the interim, you will not be disappointed with their tasting lounge accompaniments. This evening was their first effort at a ‘Brewmaster’s Dinner at the Brewery,’ but the brewery hopes to make it a recurring event—as does every diner at that table.

Victoria Beer Week returns March 6-14 with 19 different events held in venues around Victoria. This 7th annual festival of craft beer offers ...
Read More
Beer brewers from across the island and the lower mainland gathered in the lofty wooden halls of Canoe Brewpub over November 9 and 10 for the eighth ...
Read More
Whistle Buoy Brewing Company, a locally owned craft brewery and taproom, is now open in Historic Market Square, Victoria. Whistle Buoy Brewing ...
Read More
The line-up is set and the tickets are on sale. The Great Canadian Beer Festival will return to Royal Athletic Park in Victoria, BC, on Friday, ...
Read More
Victoria Beer Week launched its sixth annual festival earlier this month, which ran from March 1-9. In addition to the festival returning for another ...
Read More
Victoria is once again readying itself to host the fifth annual Victoria Beer Week. As locals and beer geeks alike wet their palates for special ...
Read More