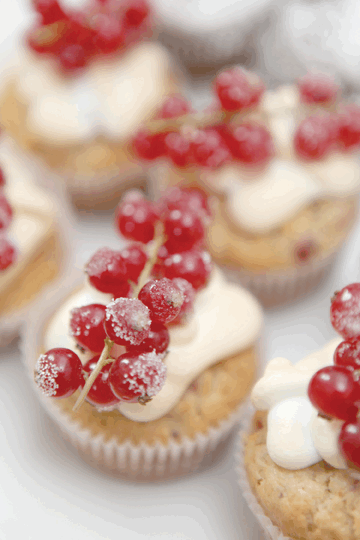 May is Celiac Awareness Month, so let’s drink a toast (with gluten-free beer, of course), to those who cope with this challenging disease.

(Note: This is an updated version of this article which first ran in the May/June issue. Sorghum was incorrectly included among the foods that celiacs should avoid. For more information go to phys.org

Celiac disease, an inherited autoimmune disease, is a serious condition affecting thousands of Canadians. It’s triggered by eating foods that contain gluten, a protein composite found in many grains such as wheat, durum wheat, spelt, kamut, barley, rye and triticale. When people with this genetic disorder ingest gluten, it inflames and damages the lining of the small intestine and causes reduced absorption of iron, calcium, vitamins A, D, E, K and folic acid. People with celiac disease must completely and permanently avoid gluten-containing grains and prepared foods, even in trace amounts. A gluten-free diet is the only treatment for celiac disease.

More than 330,000 Canadians are believed to be affected by the disease, according to the Canadian Digestive Health Foundation, and only about 110,000 of those cases are diagnosed. Rates of celiac disease have almost doubled in the past 25 years in western countries. A celiac’s immune system can react adversely with a multitude of severe symptoms. Some celiacs have iron-deficiency anemia without any digestive disruptions, and some are asymptomatic. However, many celiacs can experience gas, nausea, abdominal pain, distension and constipation. They often develop anemia and malnutrition because they have difficulty absorbing nutrients. Mouth ulcers, tingling or numbness in the hands and feet, extreme fatigue, weak muscles, joint pain and menstrual irregularities are other common symptoms. Eliminating gluten allows intestinal inflammation to heal and controls most symptoms of the disease.

The first step in diagnosing the disease is a series of blood tests that measures the patient’s response to gluten. For blood tests to be accurate, the patient must have been eating a normal diet containing gluten prior to testing. An initial biopsy of the small intestine lining and a follow-up biopsy, performed after the patient has strictly adhered to a gluten-free diet for a year or more, are used to confirm the diagnosis.

Celiacs should eat high-protein, high-fibre diets, with a variety of chicken, fish, seafood, meat, eggs, fruits and vegetables. They can eat millet (cereals and flour), brown rice (farina, flour and pasta), corn (grits, flour, cornmeal and cornstarch), buckwheat (groats [kasha], soba noodles, cereals and flour), amaranth (seeds, cereals and flour), quinoa (flour and pasta), teff (grain and flour), soy (tofu, beans and flour) and arrowroot powder. Other suitable types of flour include potato, urad dahl, almond, sorghum and tapioca flour. Oats uncontaminated by gluten are safe for some celiacs. Nuts, or any other foods that haven’t been contaminated during processing by gluten-containing foods, are permitted. Not all celiacs can tolerate all of the grains considered suitable for celiacs without symptoms.

Gluten-free products are more widely available and more accurately labelled than ever before. By learning as much as possible about the disease and adhering to a diet that includes a wide variety of safe foods, celiacs can maintain good health and enjoy eating good food.

Cheese is notorious for its high fat content. Do images of unctuous brie and cheese-laden pizzas oozing with oil come to mind? It will most likely ...
Read More