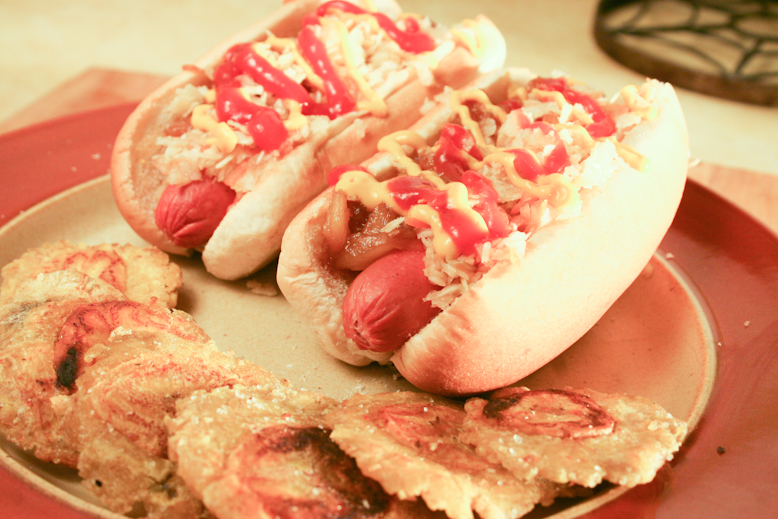 I got these recipes during a year I spent living in Panama. Panama borders with Colombia and consequently there are quite a few Colombians who have moved north and made their home in Panama City. The Colombian Hot Dog is a common and inexpensive treat sold out of street food carts around town. It is nearly impossible to walk around without encountering one of these carts, and it is nearly impossible to not want to drop a dollar or less and buy one of these delicious hot dogs.

This particular variation features an unusual, but totally satisfying, combination of coleslaw, pineapple jam, and crushed potato chips…along with some of the usual condiments. I don’t know who came up with this, or why, but it is really great. Patacones, meanwhile, are a common side dish made from twice-fried green plantain. They serve the same function as French Fries would in this recipe.

Bear in mind that these hot dogs are not meant to be fancy. You can make them fancy if you like, but the originals are intended to turn a profit using cheap ingredients. I tried to stay true to this as much as I could; I did use organic bison meat wieners instead of regular ones…but that was just because that’s what we had around. As a side note, I also don’t know why on earth someone would grind bison meat in order to make it look and taste like a cheap hot dog wiener, but that is what somebody did. 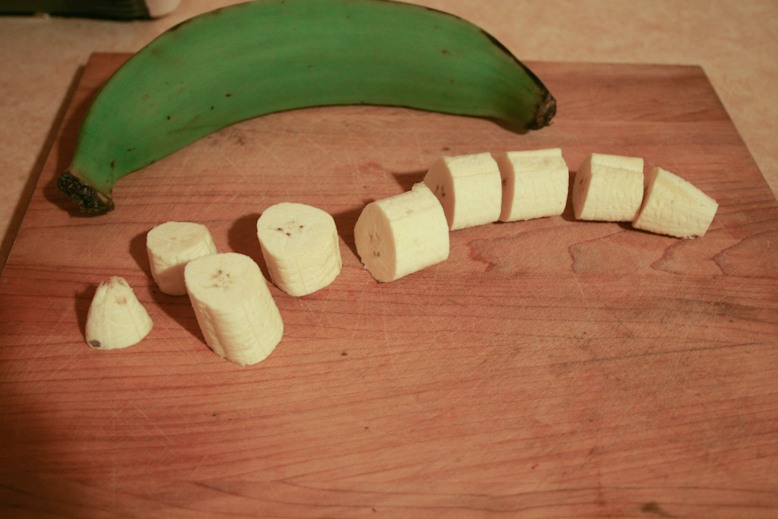 Ingredients for the Hot Dogs

Ingredients for the Patacones

Instructions for the Patacones

It is important to get plantains when they are still green for this recipe. The yellow or brown ones will be too soft when they cook. Peel your plantain. This is not as easy as peeling a banana, despite the resemblance. I make a slit down the entire length of the plantain and then carefully work the skin off so as not to damage the inside. Cut the plantain into ½-inch (approx.) rounds and cook in a pan in coconut oil on high medium heat until browned on each side. 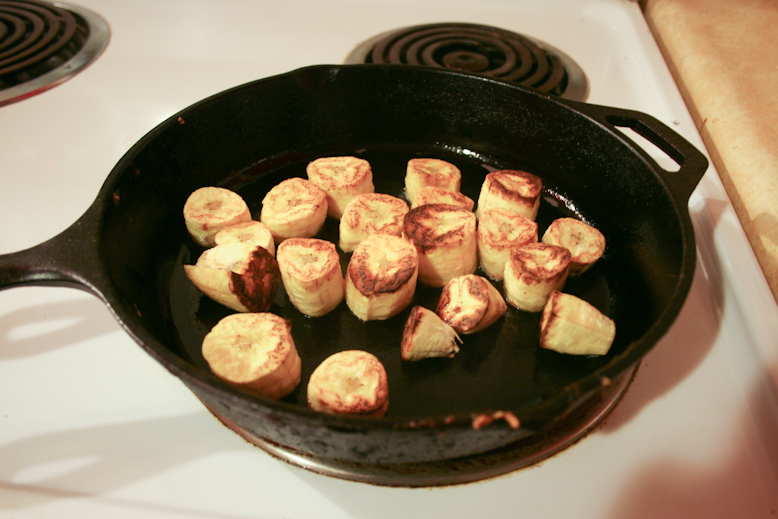 Next, remove the plantain from the heat and drain it on a paper towel. Then take the bottom of a bottle (I used a scotch bottle, but you could use anything), lay the chunks on a flat side, and smush them so the sides squish out and the cooked middle forms a centre. You can see what I mean from the photo. Put more oil in the pan then then fry these pieces on high medium again. Toss with salt and hot sauce to taste. I serve them with a dollop of ketchup mixed with tabasco. 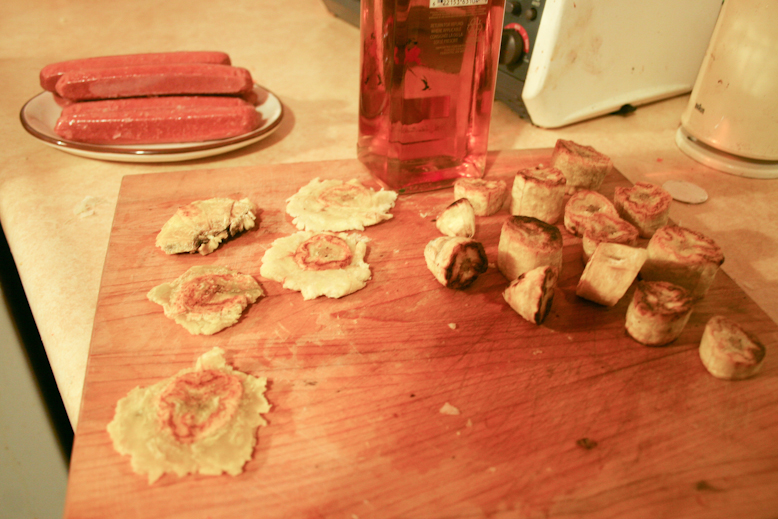 Instructions for the Hot Dogs

Obviously, it isn’t hard to make a hotdog. The trick here is all in the layering. The bun needs to be soft, not toasted. You can heat it with steam, Montreal-style, if you like. Start with the pineapple jam, then add the coleslaw. Next take the potato chips, which you have put in a plastic bag and mashed up into small particles, and sprinkle them liberally on top. Add the ketchup, mustard, and mayo somewhere in there. I zinged all of mine on top because I had squeeze bottles, but you could easily put all that stuff inside.

The result should be a hot dog that is crunchy, sweet, tangy, and very satisfying all at the same time. The Patacones make for a fun and different side dish, and add a flavour that is still totally greasy, but unlike potato. This meal is likely the least healthy thing you will eat this week, so enjoy it as such!

July|August issue on the stands. Read ...
Read More
The Dine Around and Stay in Town event runs from February 20 to March 9 and has over 30 local restaurants participating. ...
Read More