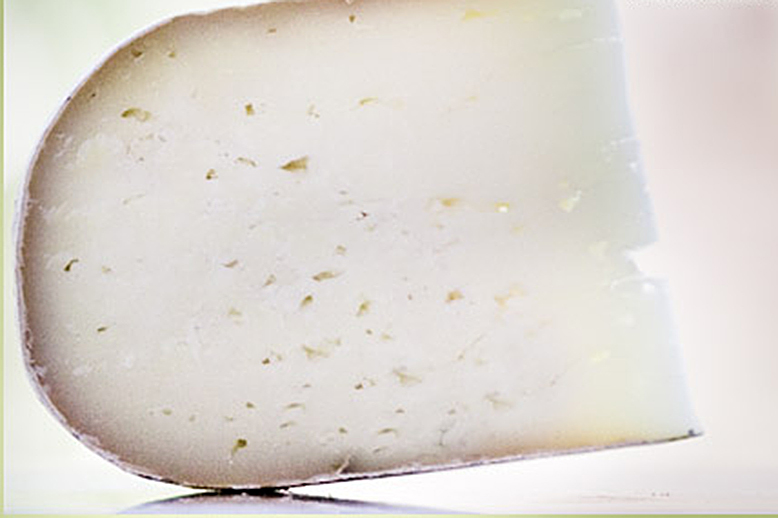 Salt Spring Island, BC For David Wood, cheese making is much more than a science or even an art, it’s a chance to take part in a tasty tradition. “I love the idea of taking something that has got a long history behind it and participating in that history,” said Wood, president and co-founder of Salt Spring Island Cheese Company.

Inspired by classic Spanish Pyrenees mountain cheeses made from the unctuous milk of happily grazing sheep, Wood created Montaña. Literally translating to “mountain” in Spanish, this Basque-country style cheese is the only firm sheep’s milk cheese made in B.C. Similar to Manchego, Ossau Iraty and Petit Basque, Montaña has a smoothness that sets it apart from the others. To achieve this texture that lies precisely on the line between dry and creamy, Wood added 15% goat’s milk to the mix. “That has allowed us to make the cheese the texture we have been looking for but still with the flavour profile of sheep’s milk,” said Wood. With a milk fat content of about 10%, the richness of sheep’s milk paired with the characteristic silkiness of goat’s milk is a marvelous balance.

“It’s the best of both delicious worlds,” said Amber Varner, cheesemonger at Les Amis du Fromage, one of the few suppliers of the limited supply of Montaña. Montaña is aged a minimum of 6 months, which Woods says is right around the time that the complexities of sheep’s milk really start to emerge. Pleasantly sweet with a full, nutty, brown-buttery finish, it lacks any edge or harshness in its flavour. “People are surprised that a sheep’s milk cheese can taste this mild,” said Wood.

When it comes to drink pairings, both Varner and Wood prefer Montaña with beer. Musky, Belgian monastery-style beers with high alcohol content, like Driftwood Brewery’s Farmhand Ale, are the perfect match. For wines, opt for crisp whites with a hint of summery sweetness as heavy reds tend to overpower the delicate nature of the cheese.

Montaña shines shaved into a mixed green salad or perched atop a crostini with tomato and basil.

Traditionally the Spanish enjoy cheeses of this style with fresh, young, summer broad beans popped out of their skins, a pairing that Wood is particularly fond of.

“It’s a celebration of the season,” he said.

Again, Wood emphasizes the value of revisiting tradition and history when it comes to pairings.

“There is a good reason they put those things together over the years.”

Montaña is sold at the following locations:

The article on L’Apéro in the May|June issue should have stated Chef Andrea Maiolo staged at The Courtney Room and Zambri’s and that he held the ...
Read More
May|June issue on the stands. Read ...
Read More
CHOCOLATES Chocolates—colored pink and blue, shaped as pigs or ruffled like bows, rich with natural flavors from around the globe, and placed with ...
Read More