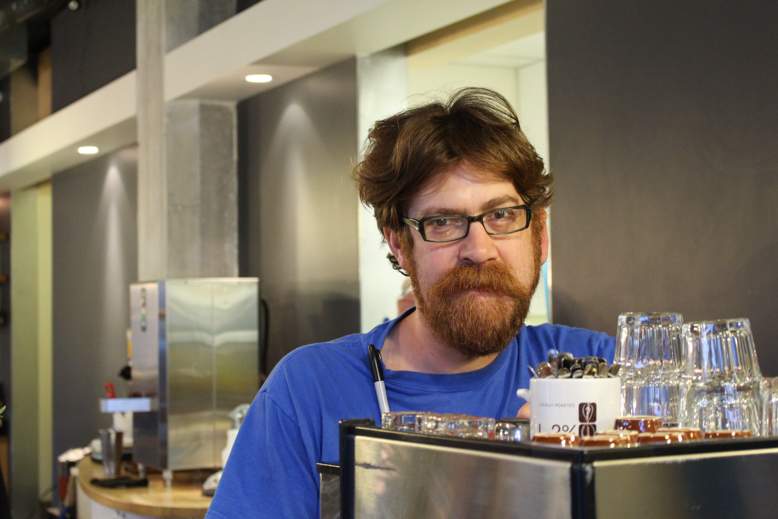 Having acted as owner of 2% Jazz Coffee for 17 years, it’s safe to say that Sam Jones has this coffee thing down pat. Striding through the doors of his newest location in the Hudson Building (okay, new-ish — 2% Jazz at the Hudson opened in the spring of 2012), Jones greets baristas and customers as family before settling into our interview. At first he forgoes any caffeine, but soon requests espresso shots despite the late hour.

With a hearty chuckle and droll delivery, Jones is a dead ringer for Seth Rogen. Clad in a t-shirt and jeans, he accessorizes with a voluptuous beard sure to make any West Coast gal swoon. Add to that the Weezer album pounding through the sound system, and it’s not difficult to understand why Jones refers to 2% Jazz as a quintessentially Cascadian coffee shop. 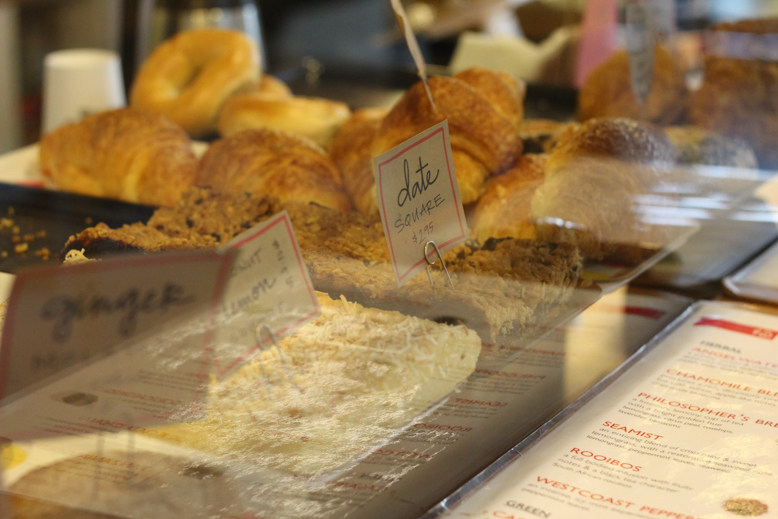 But style and music aside, Jones believes geography should influence the coffee. “A true Cascadian coffee shops combines savory flavours with coffee. Our part of the country has so much to offer,” says Jones. “How often do you see a thyme and porcini café latte? It just doesn’t happen. Why not? These opportunities are untapped.”

Jones sees the interplay of breweries, restaurants, and coffee purveyors as the obvious next step in cultivating Victoria’s coffee and culinary culture. He recently aged green coffee beans in old dried bourbon barrels, unsure if the fumes and oak would flavour the coffee. “It was all about figuring out [the time needed] to keep them in the barrel and when you take them out, how long to cook them.” 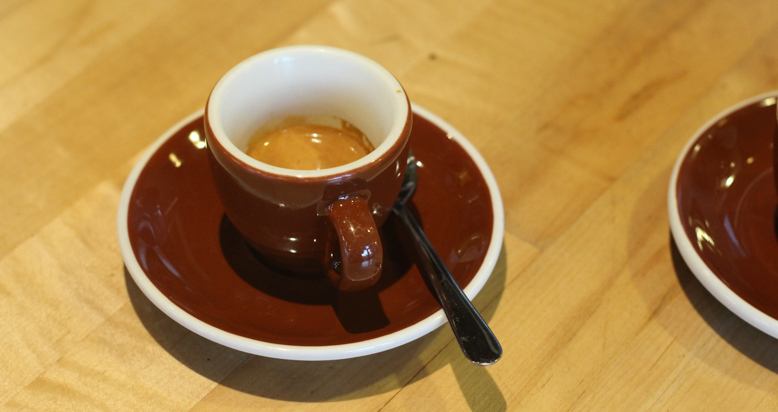 The first batch was so successful, Jones is planning a second for the Christmas season.

“I couldn’t have done that bourbon coffee without the help of Phillips Brewery. I called up Matt and said ‘Hey, you got a bourbon barrel?’ The amount of collaboration that happens in Victoria is amazing. It’s all about translating things from one industry to another.”

In addition to their bourbon barrel coffee, 2% Jazz is transitioning to only using flavourings and syrups made in-house. For the colder months, look for a fall spice option, as well as an affogato made with fois gras ice cream from North 48.

Jones is also working on expanding the Hudson location, opening a slow espresso bar that will serve experimental coffee drinks and showcase a new grinder. “There has always been slow bars for pour over coffee and I don’t know that Victoria has the population to make a slow bar worthwhile,” says Jones, adding, “We want to use the grinder everyday and really test it. Break it apart. Find all the issues and make it perfect.” 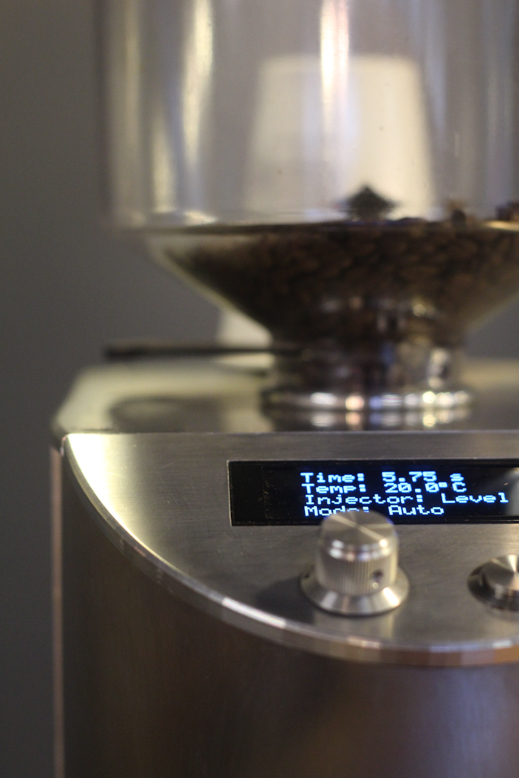 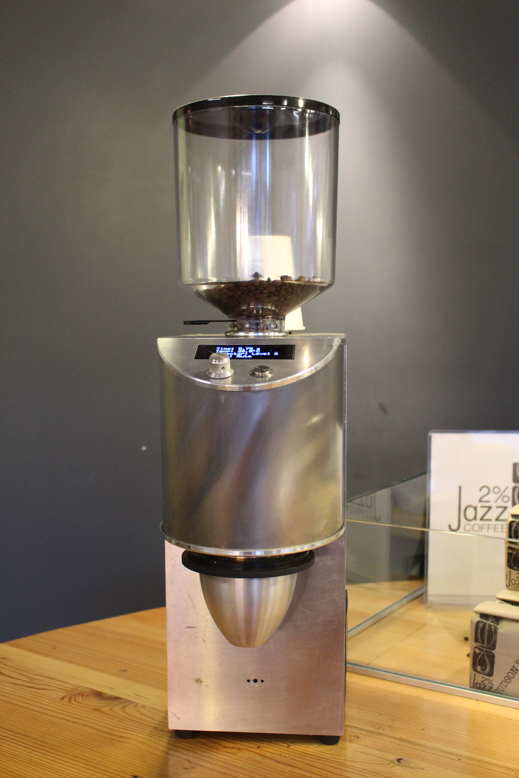 The grinder is a collaborative project with a team of four students from Camosun College. “One of the students was a big coffee nut. He asked me, ‘Is there anything in the coffee or grinder industry that needs to be addressed? What are the problems?’”

Jones knew exactly what to focus on. “Grinders always get too hot. When they spin they cause friction and heat up the beans.”

The team focused on the grinder’s burrs, which typically get too hot when spun together, overheating the entire grinder and toasting the beans, pre-brewing the coffee and changing their taste.

The new electronic grinder, now on the second prototype — the third is on it’s way — creates a stable temperature for the burrs and also addresses other environmental controls, but those are still a secret.

While Jones admits that the improvements make this grinder sexy, he and the Camosun team aren’t looking to mass-produce their innovation. For now he’s focused on finding the grinder’s sweet spot — a combination of the temperature, grind weight, environmental controls, and making coffee drinkers happy.

“I believe any customer should feel happier just by walking through the doors. It doesn’t have to be a lot, just a bit. I carry that mantra through everything I do: Make people happy and try really hard to make it happen.”

The article on L’Apéro in the May|June issue should have stated Chef Andrea Maiolo staged at The Courtney Room and Zambri’s and that he held the ...
Read More
May|June issue on the stands. Read ...
Read More
March. March! I don’t know whether it’s because I’ve been so focused on Vancouver Wine Fest, or last weekend’s impromptu snowfall, but I was ...
Read More