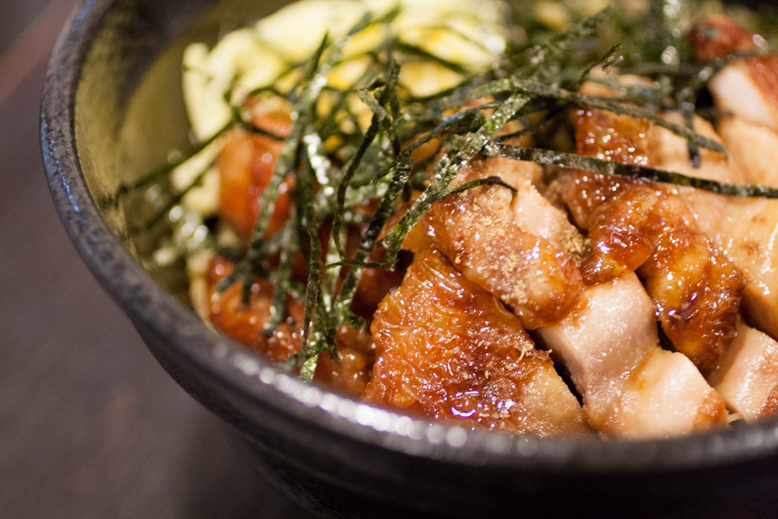 Despite all the spicy mayo and inside-out uramaki rolls we like, sushi has a healthy reputation in the West thanks to its small, individual portions and fresh ingredients. I feel like we often get hung up on sushi’s aesthetics thanks to its rough kinship with Scandinavian minimalism, but there’s so much more to the cuisine than that. And while izakaya has been making inroads over the past few years, Japanese comfort food still seems like a mystery to most.

My family used to visit a spot called Minato on Broadway and Oak in Vancouver. It’s been ages since we went, and my tastes have changed a lot over the past decade and half, but my memories of eating there are still poignant. Being handed hot o-shibori towels to warm and clean our hands, passing through cloth noren to visit the bathroom, and always ordering the same thing: beef gyudon. As a kid I could have hardly been considered a picky eater, but I couldn’t escape the fundamental goodness of this dish. Quick-braised beef, shirataki noodles, thinly sliced onion and a delicious sauce all on top of a generous bowl of rice — it beat the pants off those dinky little hors d’oeuvres-looking things my mom always ordered. 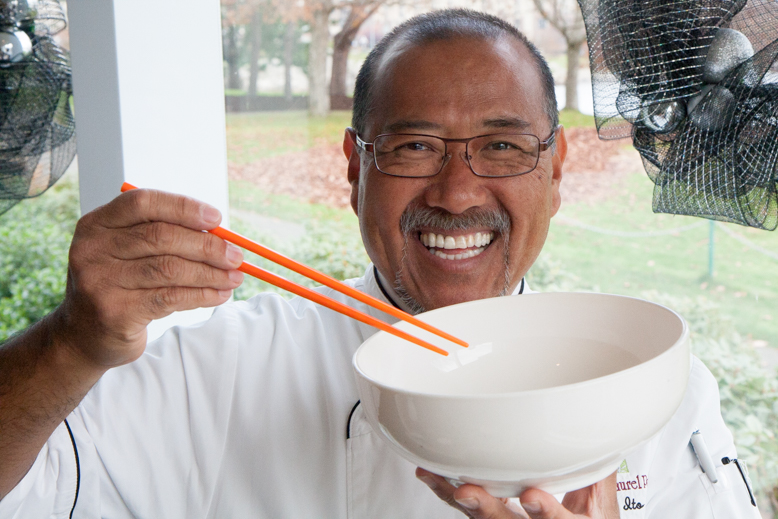 “I’ve been fed donburi since I was five years old!” Chef Takashi Ito of AURA waterfront restaurant was born in Sendai, Japan, and is clearly a long-time donburi fan. “Totally comfort food. When I was growing up, my parents would say no, don’t order sushi, that’s not enough for you, you’ll have to order two orders! So go to donburi, a lot more portion of the rice with some meat or seafood on top.” When he moved on to university, gyudon became a staple of his diet, served 24 hours a day at a local spot. “Something like a three dollars a pop!” BRB, looking up airplane tickets…

Many Japanese families make an entire pot of white rice at least once a day, and sometimes twice, so a simple rice bowl is a common staple. On top of this rice goes a form of protein; say pork, beef, chicken or seafood, and an assortment of idiosyncratic toppings. “Cooked egg, or sometimes a sunny side up egg…The variation is unbelievable.” 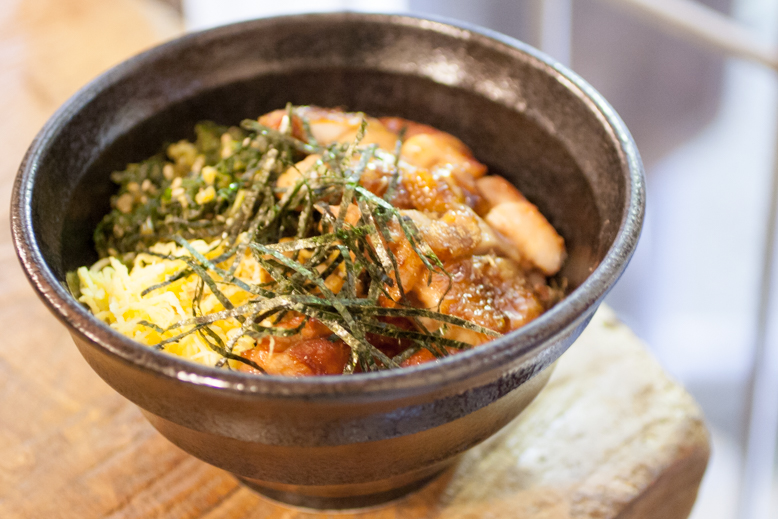 The key to the dish though is the sauce, which is a sort of gravy made from the meat’s cooking liquid. Chicken and unagi are usually served grilled and glazed, but pork and beef are often braised in the triumvirate of Japanese cooking liquids: sake, mirin, and soy sauce. “That liquid is the most important part of the donburi,” says Chef Ito. “It’s not about the white rice and the dry meat on top. I would say if there’s anything complicated about donburi, that would be the art of the donburi, the amount of the sauce that sort of drizzles over.” 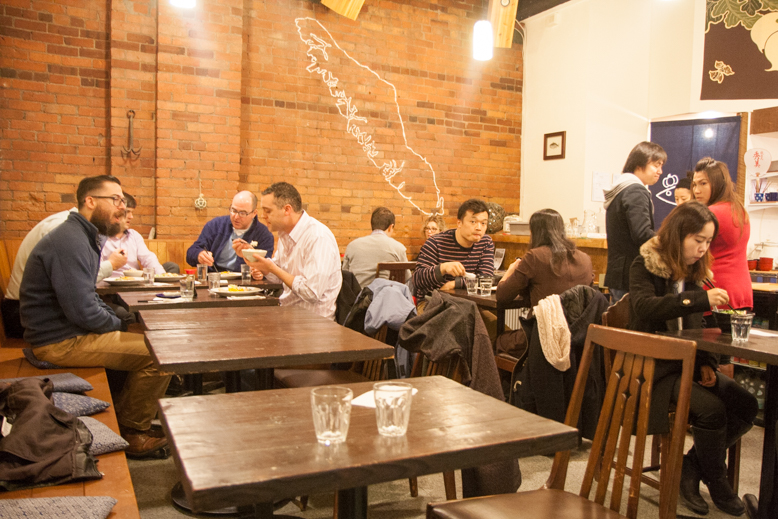 There’s sadly no donburi on Chef Ito’s menu at the moment, but it’s certainly simple enough to make at home if you can drop by Sakura or Fujiya for some of the specialty ingredients. If you’ve got a craving and you’re pressed for time, I really like Ebizo Sushi on Broughton or Uchida Eatery on Courtenay Street, where the photos from this article are from. Props if you can eat the whole thing with chopsticks.

July|August issue on the stands. Read ...
Read More
Duncan, BC (August 12, 2016) The journey began with the 2010 vintage… a mild summer and cool, dry autumn allowed for extra hang time on the vine ...
Read More