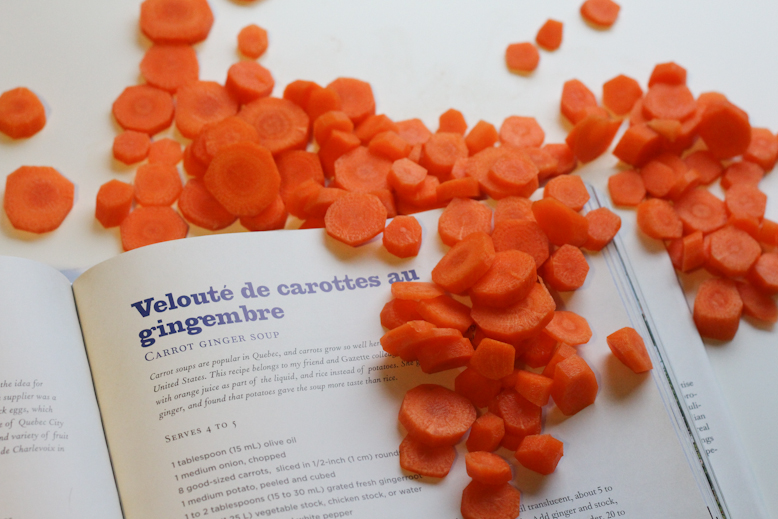 Like many of my West Coast comrades, I have ventured quite sparingly across Canada’s eastern side. The weather has never seemed that agreeable, and my classroom French is bumbling at best. (All I really remember from those language lessons was the difference between the Parisian French and Quebecois French). Those differences extend to food, as I discovered when cooking from Made in Quebec.

Authored by Julian Armstrong, a long-time food writer for The Gazette in Montreal, Made in Quebec features recipes rooted in the farms and pastures of the province, thus forgoing the fussiness so often associated with French cooking.

These days, Quebec has carved their own food narrative with help from chefs like Martin Picard (Au Pied de Cochon), David McMillan and Fred Morin (of Joe Beef fame), and Chuck Hughes (with the Food Network show Chuck’s Day Off).

The book, divided into four seasons, provides the reader an education on the people and places of Quebec. Profiles of farmers, stories of maple sap, and deep dives into items like fiddleheads are scattered liberally throughout the 400-plus-page guide. 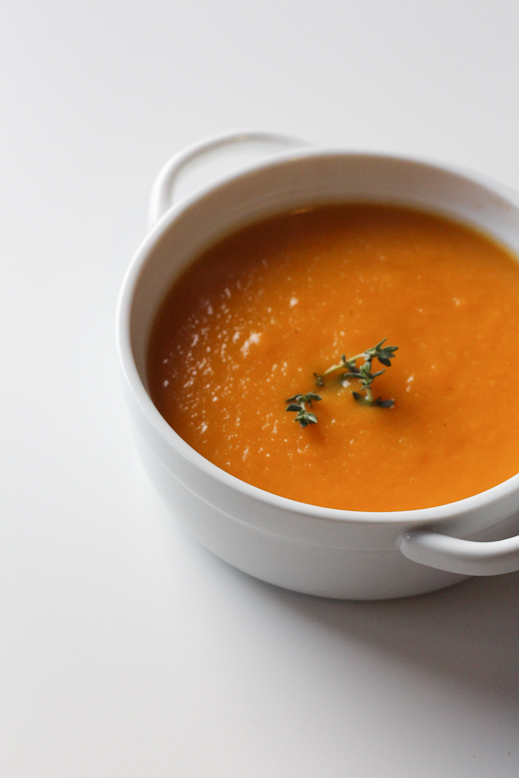 Recipes are concise, never muddled with superfluous ingredients, and crystal clear in their methods. I often take these details for granted; trekking off the beaten path of instruction has always been my strong suit, but watching my friends read a recipe line for line reminds me otherwise.

I took interest in a simple recipe for leeks on toast for two reasons. First, the recipe accompanies the story of Les Cultures de Chez Nous farm owned by the Jutras family. Regarding their leek fields, Armstrong writes: “I was reminded of the delicate grey-blue look of a field of broccoli. Countless rows of leeks — six million leeks are planted each May — stood waving their stiff green leaves high in the air, promising rich flavour below the earth.”

The second reason is much more vain. Toast has become a trend item, namely slices topped with avocado. I couldn’t pass up a chance to join the crowd. The recipe, which combines thinly sliced leeks, grainy mustard, fresh thyme and butter, takes no effort to make (or eat) and, predictably, is prepared on a French baguette. I paired it with Made in Quebec’s take on carrot ginger soup. I can only assume the hot and buttery toasts will accompany any soup with ease.

Made in Quebec shines, and left me with the unmistakable urge to hop on a plane and head back east. The only thing holding me back is a tongue unaccustomed to calling leeks poireaux. 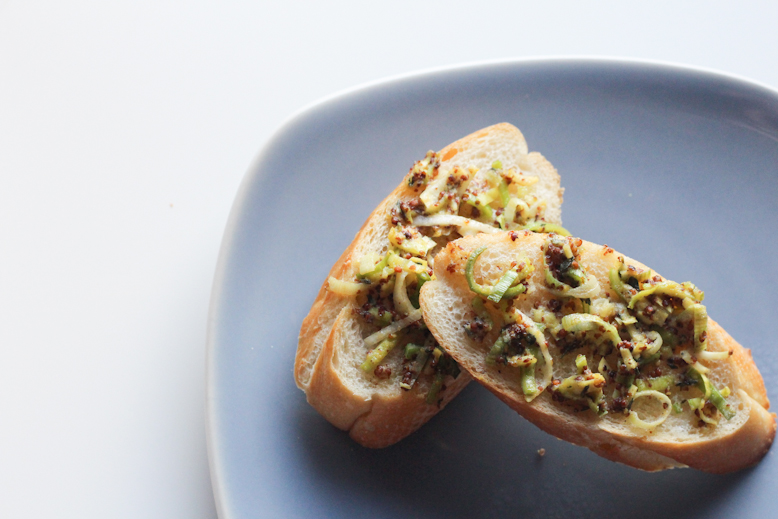 Preheat the oven to 350°F.
In a mixing bowl, mix together leeks, butter, mustard, thyme, salt and pepper.
Spread toasted bread with leek mixture and arrange on a baking sheet. Bake until hot and lightly browned, 5 to 10 minutes.

*I didn’t toast the bread before baking with the leek topping.

Superflux Cabana has opened upstairs at 804 Broughton St (the former location of The Livet). Featuring lots of Superflux beer and a menu that ...
Read More
January|February issue is on the stands! Pick up a copy, or read the digital version. Read ...
Read More
For a fresh take on salmon try this spicy ...
Read More