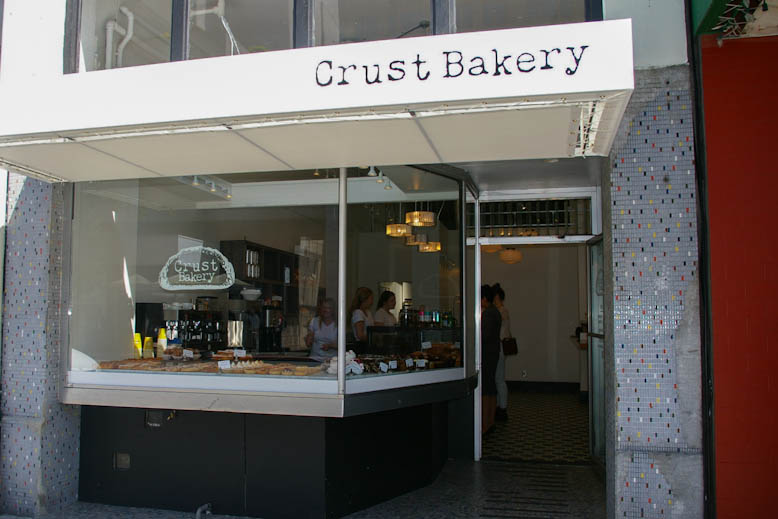 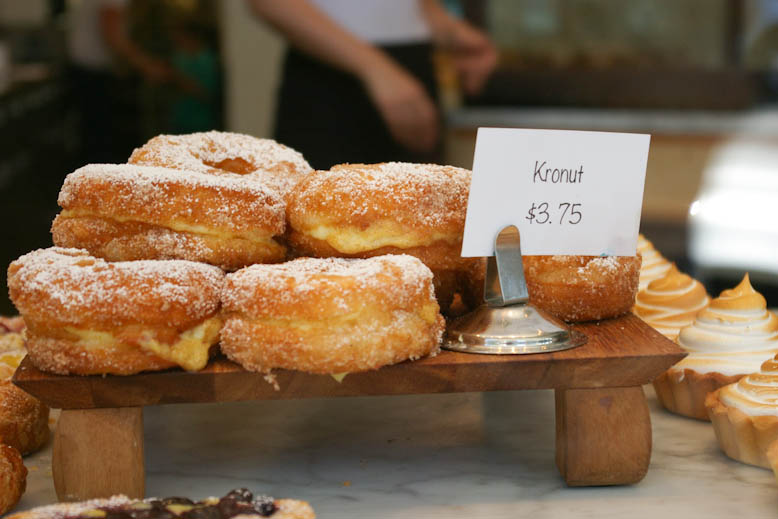 If you need more tempting than the above, let me introduce husband and wife team Crystal and chef Tom Moore of Crust Bakery. Located in the historic Rheinland Bakery on Fort Street, the Moore’s opened Crust in September of 2013. Being their fourth business venture together, this dynamic duo isn’t messing around when it comes to mouthwatering Canadian and French style baking and patisserie techniques. When asked why the name Crust, Moore told me: “We wanted something that creates a mouth-feel and a memory. A name that typifies what we’re doing. We don’t want soft crappy bread. We want something that has real feel and a good bite.”

Born and raised on an herb farm in rural Australia, Moore has had a connection to good, wholesome foods since a very early age. He is chef trained by trade and later became a pastry chef for the reason that he’s really a do-it-all kind of man.

After running three successful, award winning businesses in Australia, the Moore’s decided to pack up and head to Canada in 2013 to begin another chapter in work and life. 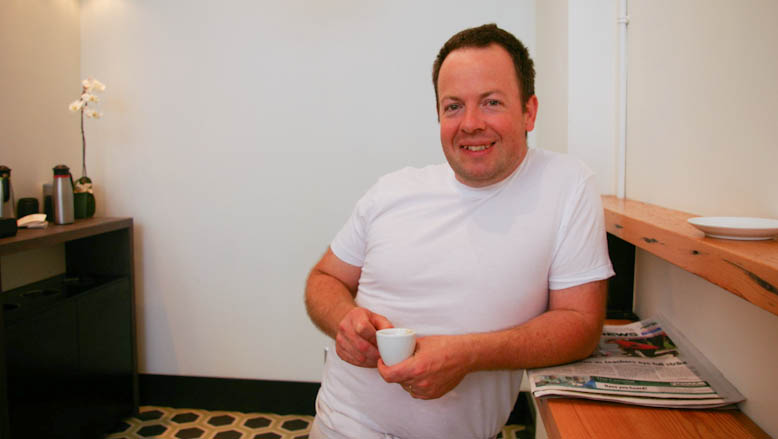 They quickly set their sights on finding a new location to open Crust. The transition has been very successful and well received; just take a bite of their signature Kronut’s (A croissant-doughnut pastry crème filled and deep fried) and you may find yourself joining the Crust Cult following.

A four-week renovation was completed in March of 2014 giving the bakery a new look and feel. During reno’s the crew discovered a full set of windows closed off in the upper crawl space. After accessing the space and seeing that it was secure and salvageable, the contractors also found a beautiful set of antique milk-glass light fixtures. The windows and these lights are now in full view adding a notable warmth and charm to the space, while hand made Moroccan cement tiles tie the space together. 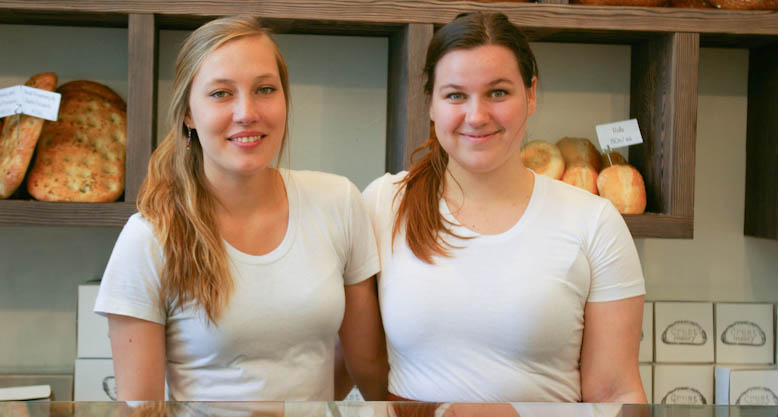 The real heart of Chef Moore’s work, however, is in his deep appreciation for what he calls: “An eye for detail and always striving for excellence. We’re perfectionists, my lovely wife and I. Integrity, freshness and technique; from paddock to plate, as we call it in Australia, and things made from scratch is real quality” says Moore.

With two young children, it was important for Moore to be able to pick his kids up from school and spend time at home with them. “I’m home for dinner and doing what I love in the bakery,” Moore says. And so far, so good Moore says, “People recognize good food, good technique and real passion when they taste it.”

Look for weekly specialty breads like kale and quinoa or spinach and feta bread. The artisan breads are all made with unbleached, minimally processed flour and ‘basket proved’ to create a perfect rise, giving them a nice even weave. Sandwiches are prepared fresh daily as are the quiches, potpies and sausage rolls.

Head down to Crust for a Café Umbria espresso and a fresh pastry and you’ll be smiling from ear to ear.

The article on L’Apéro in the May|June issue should have stated Chef Andrea Maiolo staged at The Courtney Room and Zambri’s and that he held the ...
Read More
May|June issue on the stands. Read ...
Read More
“FEASTIVAL” is Nanaimo’s second annual festival celebrating the Island’s culinary culture. This year, the mid-Island’s food and beverage ...
Read More