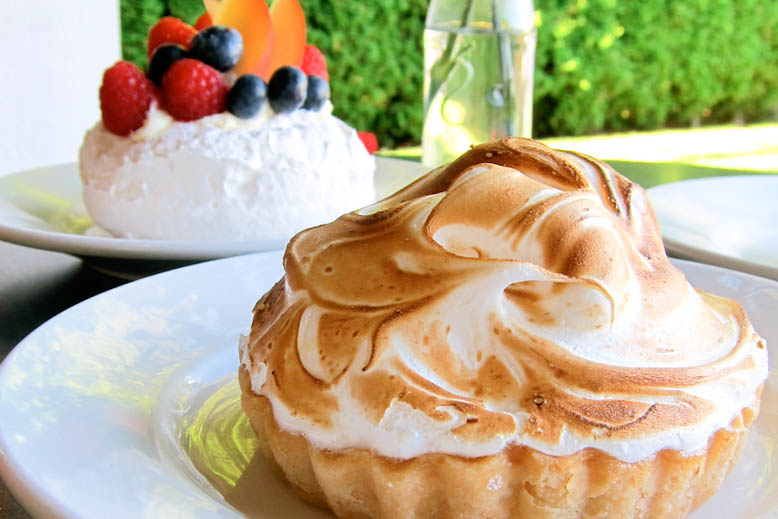 For an eatery to succeed in today’s economy, marketing is vital. You need to be on Facebook, Twitter, Instagram, the works, posting your menus and courting your followers. Your brand is as important as the food. This, at least, is the wisdom we’ve espoused in recent years —  wisdom belied by the quiet, growing success of a certain café deep in the heart of residential Oak Bay.

Near the intersection of Central and St. Patrick, de’lish sits as though camouflaged. With its green lawn and trellised patio, it could be just another in the series of well-manicured homes that line the street. Its low physical profile is matched by a modest online presence: despite being open for several years, their website is still under construction. From a marketing perspective, the place barely exists. 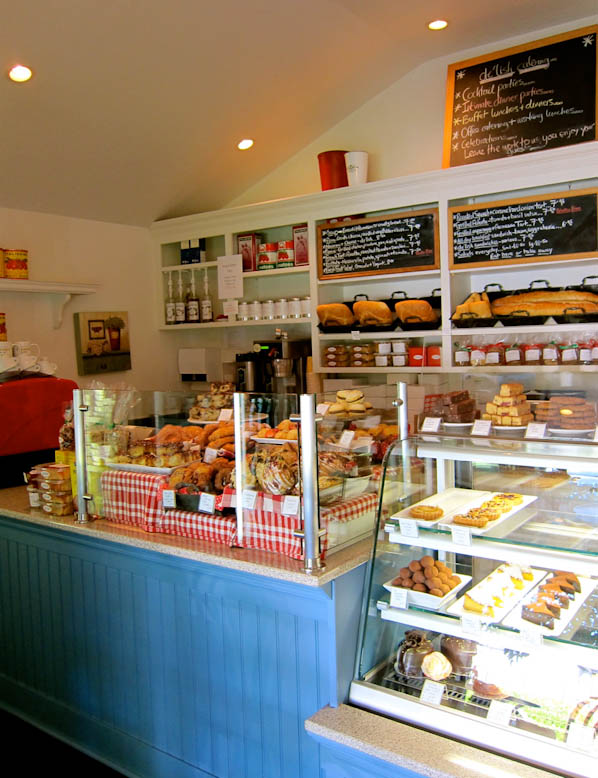 A mix of sweet and savoury items greet customers upon entry

Step inside, however, and you’ll discover where de’lish has been putting its real energy, and the key to its continued success. The counter teems with scratch-baked comestibles: plump muffins and scones in the morning, vegetable tarts and frittatas for lunch, and an all-day roster of exquisitely-assembled cakes, pastries, squares, and cookies. And did you see the salads? The sandwiches? Or that refrigerator behind you, packed with takeaway portions of braised short ribs and coq au vin? 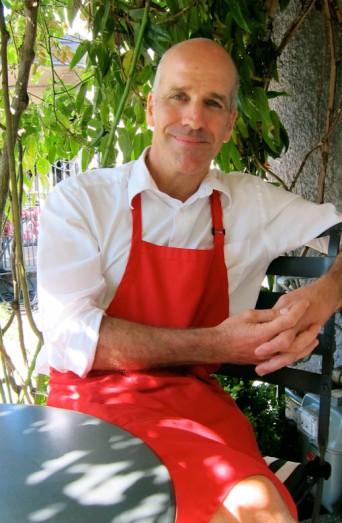 It’s the happiest dilemma a diner can be faced with: everything looks so good that it’s hard to choose what to have. “This,” says owner Mark Davies, “is how you stay in business.”

When Davies and his wife Lori Debelle opened de’lish in 2007, they had a simple but ambitious vision for what they wanted their place to be. Davies, a classically-trained chef with a globetrotting background in hotels and catering, wanted to bring the refinement of fine dining into a casual, community-based setting. The idea was to offer something really good for everyone: from the regulars who stop by for their morning espresso, to the young parents and grande dames of Oak Bay, who rely on the takeaway menu for the kind of slow-cooked comfort food they have neither the time nor the inclination to prepare. “It’s their little escape,” Davies says.

This twofold commitment to quality and variety has seen de’lish flourish in its seven years of operation. “You can’t always come up with something new,” says Davies, “but you can give it your own twist and do it better.”

“Do it better” seems to be the unwritten motto of this café. The menu leans toward traditional, classically-inspired fare — pain au chocolat and tarte au citron in the pastry case, prawns in Pernod and boeuf bourginon in the takeaway section — but each prepared with such care to become, in some cases, the Platonic ideal of what such foodstuffs ought to be. Take, for example, the flourless chocolate torte: a common enough patisserie item, but often carried too far in one direction — too bitter, too eggy, too dry, too sweet. But de’lish, by golly, hits it dead on the mark: dense and fudgelike to the fork, but smooth as whipped cream on the tongue, with just the right amount of sugar to temper the blackout intensity of the chocolate.

Nor is the menu without its twists. Instead of a bite-sized almond macaron, imagine a hazelnut macaroon the size of your fist, packed with a slab of chocolate ganache. Here and there you’ll find a nod to Davies’ Australian culinary background — a tray of mini pavlovas, for instance, filled with cream and topped with a cockatoo-esque crest of freshly sliced fruit. 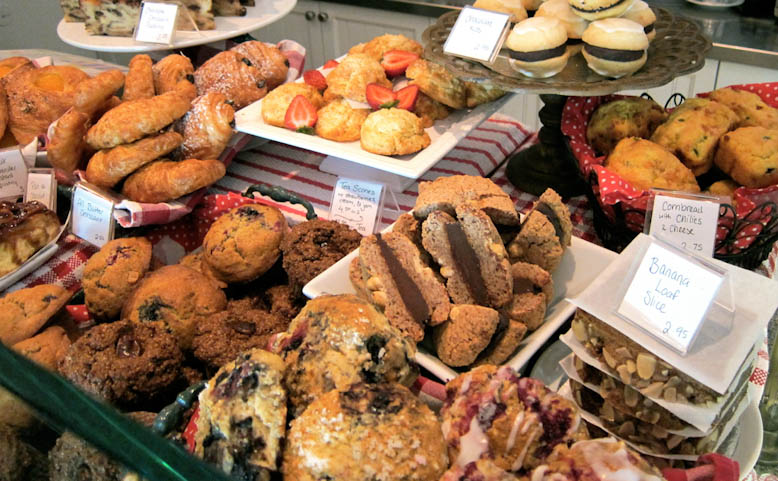 A bounty of freshly-baked goodies 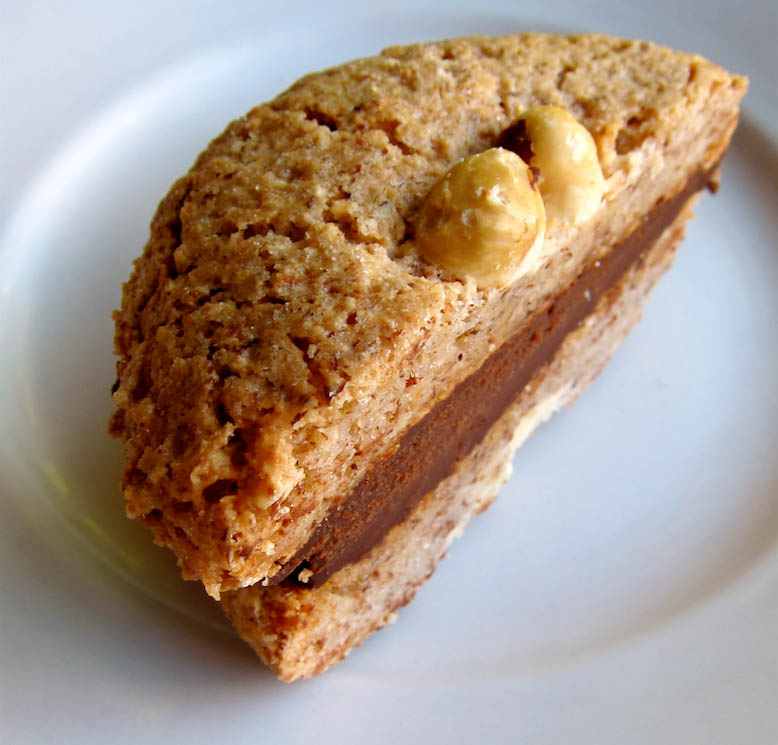 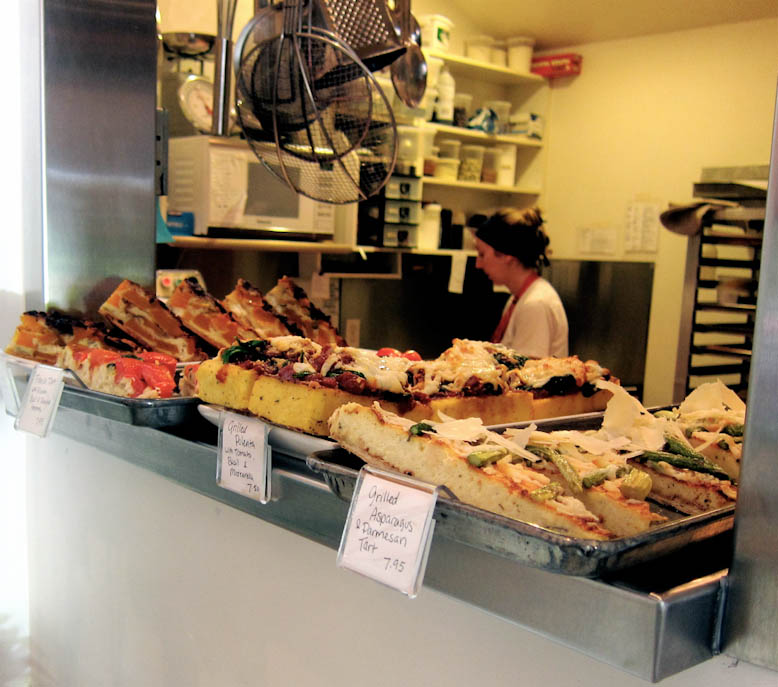 Lunch items ready on the pass

Did I mention that de’lish is also a fully-fledged catering operation? It’s a fact that never fails to astound me, especially getting a tour of the café’s modest kitchen. How can such a tiny space turn out canapés for parties of one-hundred on top of its daily roster of pastries and savouries? “It’s all about organization,” says Davies nonchalantly. Indeed, as word of mouth spreads and demand increases, de’lish could as much as double its catering output — but never, Davies emphasizes, at the expense of the final product.

“Doing a quality job is more important than anything else,” he says. “My customers just want it done right.”