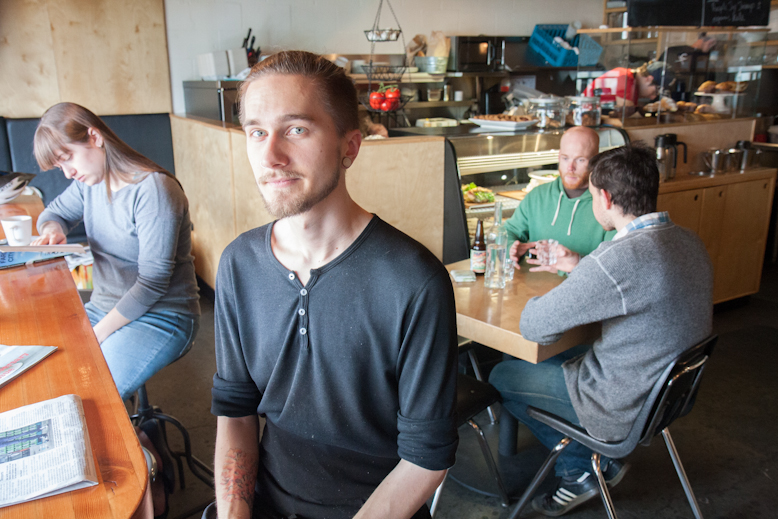 “They see me rollin’, they hatin’…” The sink roiled as I aimed the sprayer at the mushy residue at the bottom of another twelve-quart soup pot. My head lolled as the radio played the Chamillionaire single again and again. In the moist heat, the smell of the grease trap under my feet was congealing into a haze, and my soaked t-shirt clung like a frond of kelp. It was the summer of 2006 and I was working my first job, washing dishes at a deli on Vancouver’s east side.

“You must be willing to be wet and covered in dish water for 6-8 hours,” says Joseph Leroux, a 21-year-old writing and geography student at University of Victoria (UVic) who works at the Parsonage Cafe. “Plan to be asked to do something you’ve never done before on a daily basis… You will be paid minimum wage for a long time.” Joseph’s formative dishwashing experiences were two years at a hotel restaurant in Duncan. “The kitchen had no windows, it was completely boxed off and so hot in the summertime when I worked the most. Physically, it was really taxing.” 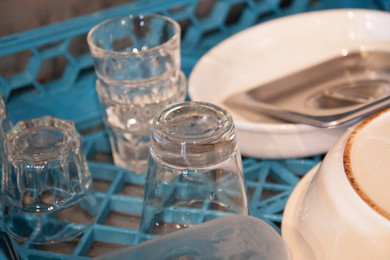 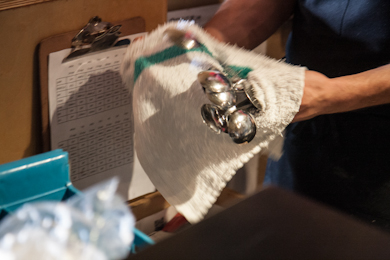 On top of the hard work, dishwashers put up with constant exposure to hot water and chemicals that often lead to dermatitis. While gloves are usually available, they can make it hard to scrub and often fill up with water, so many dishwashers don’t use them. “They get all slimy and wet on the inside and feel gross,” says Alec Woodson, a 24-year-old biology student at UVic who has worked at the Marina Restaurant since 2009. “I worked with a guy who had sensitive skin and one of the sanitizing chemicals gave him a pretty bad rash on his hands.”

Dishwashers also hold the lowest position in the kitchen, which means they get assigned some of the worst tasks. My lowest point at the deli was scrubbing rusty steel racks in the freezer using steel wool and bleach. “Your position doesn’t give you any authority in any way, so you just kind of have to prove yourself,” says Joseph. “You need to make a point to do the job well or everyone will treat you like all you can do is dishes.”

Though dishwashing is never a cakewalk, finding great places to work like the Marina and the Parsonage makes a huge difference. Getting gourmet meals for free doesn’t hurt, and once you earn the respect of the other staff, the camaraderie can be one of the best parts of the job. “I’ve become pretty good friends with most of the kitchen and front staff,” says Alec. “It’s nice working in a place where you know most of the people.” And just like any other kitchen job, the satisfaction and pride of seeing a smooth-running kitchen can stoke a tired spirit. “When everyone’s doing their job really well and communicating, you can have a super busy service and it can be like a walk in the park.”

Good relationships with other kitchen staff also set you up for on-the-job training and promotion, and the promise of a future career can make dishwashing a lot more palatable. “Dishwashing doesn’t suck — what sucks is working in a place that sucks to work at,” says Joseph. “The places that are the most fun to work as a dishwasher at are the places where it’s a gateway to learning from everyone around you, because you get to learn from a lot of talented people.” Alec agrees, adding, “If you don’t mind getting your hands dirty and working hard, it’s a good way of getting into the industry and getting your foot in the door for more career advancements.” 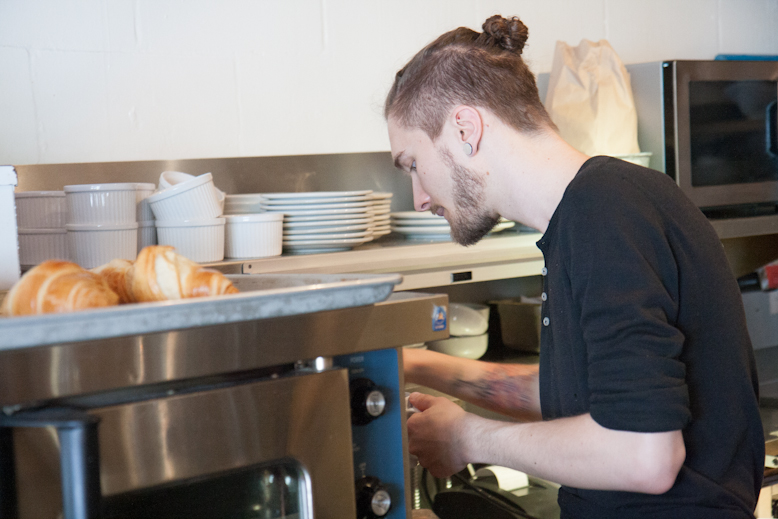 Though line cooks and head chefs have flashier titles, it’s important to remember that in the midst of a busy service, the dishwasher is no less important. “It’s a simple, basic job, but you’re sort of the backbone of the kitchen, so to speak,” says Alec. A happy dishwasher keeps the kitchen clean, fast, and efficient. “You’d be surprised at how little it takes to make a dishwasher’s job easier. Just a bit of encouragement, or even a minute or two of help, goes a long way.”

With Phase 2 beginning, restaurants and patios, tasting rooms and coffee shops are reopening. This is an ongoing process, with many changes, so we ...
Read More
I'm just going to come right out and say it – I am SO impressed with Driftwood these days. Everytime I turn around, they have a new – impressive ...
Read More