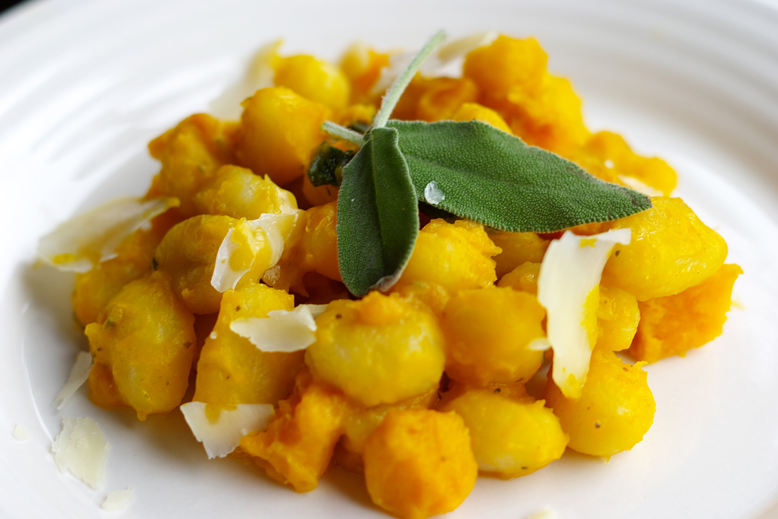 A man may build a complicated piece of mechanism, or pilot a steamboat, but not more than five out of ten know how the apple got into the dumpling – Edward A. Boyden

No matter how you serve them (fried, baked, steamed or stewed), dumplings are delicious and diverse. In almost every cuisine you will find some type of dumpling with a variety of fillings.

Typically, dumplings are little pillowy balls of dough made from flour or potatoes and often stuffed with sweet or savoury ingredients.

In West Africa, dumplings are called banku and kenkey. These doughy balls are made from cornmeal flour and eaten steamed with soup or stew.The British and Irish make dumplings from flour, water and fat (butter or suet) and drop them into stew or soup. In America, a classic comfort dish is Chicken and Dumplings, where the dough is cooked by being immersed into a chicken broth with vegetables until they rise and become fluffy. 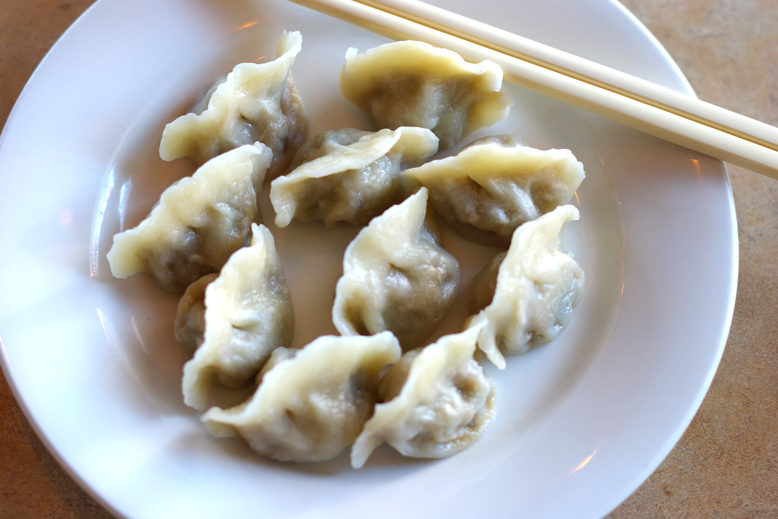 If you want authentic Chinese (Mandarin) dumplings go to Johns Noodle Village.This family run restaurant makes their dumplings from scratch and they are excellent; light, flavourful and fresh. They offer several varieties: pork and Chinese cabbage, beef and onion, chicken and bok choy, vegetarian, shrimp and pork, squid with pork and lamb with ginger and green onions (20 for $10). The dumplings are served with a 50-50 mixture of vinegar and soy sauce and, if requested, the house made hot chili oil.

Dumplings, says owner and manager Dylan Wang, have been part of Chinese cuisine for over 1800 years. The shape of dumplings varies from flat to round to fan-shaped like the ones from Johns Noodle Village. This particular shape says Wang, resembles ancient Chinese currency known as Yaun Bao [see photo].
“On Chinese New Year, says Wang “we make dumplings filled with dates to bring good luck, or we put coins in some of them for prosperity, and peanuts for growth.”

Italian dumplings fall under the category of ravioli, tortellini or gnocchi. These little pockets of pasta are filled with anything from spinach to cheese, meat to seafood. Gnocchi are made from a mix of potato, egg, flour and/or cheese then boiled in water and served with cheese or pasta sauce.

• ½ Medium Butternut Squash
• 1 Small Yellow Onion, roughly chopped
• 2 Tbsp Butter
• 1 Pkg. Gnocchi (or make your own!)
• 2 Cloves Garlic, minced
• ½ Tsp Dried Sage
• ½ Tsp Dried Thyme
• ½ Cup Chicken Broth
• ¼ Cup White Wine
• Salt and Pepper to Taste
• Optional Garnishes: Jalapeno, Parsley, Toasted Butternut Squash Seeds
Instructions
1. Preheat oven to 375F. Scoop the seeds out of the squash and fill the cavity with the chopped onion. Place cavity side up on a baking sheet and roast until soft, 30 mins to 1 hour. Allow to cool.
2. Once the squash is cool, peel it (close counts) and chop it into bite-sized pieces. Reserve onions.
3. Meanwhile, heat up a large skillet over medium low heat and add the butter and the onions that you roasted with the squash. Without stirring, allow the butter to melt and then to lightly brown.
4. Add a package of gnocchi. Stirring occasionally, allow the gnocchi to brown on both sides.
5. Add minced garlic, dried sage and thyme and stir to coat evenly. Add the chicken broth and white wine and cover. Allow the gnocchi to simmer until the liquid is almost gone, about 5 minutes.
6. Remove the cover and add the diced butternut squash. Stir to coat in the liquid and cook just long enough for the squash to get warm, season to taste and serve. Top with jalapeño, chopped parsley and cooked butternut squash seeds (or pumpkin seeds).

Where to find dumplings in Victoria

Almost any Japanese or Chinese restaurant will have dumplings on the menu. Here are a few unexpected places to enjoy excellently made dumplings.

I Kyu Noodles (Facebook)
564 Fisgard Street
(250) 388-7828
Located in the heart of China Town, this Japanese noodle house makes their own dumplings with the freshest ingredients — the dough just melts in your mouth. They can be served pan fried or served steamed in soup.

For the ninth year in a row Rancho Vignola is setting up its Vancouver Island Harvest Sale here at the Mary Winspear Center in Sidney. Many of ...
Read More
Season’s Greetings EAT readers! We at EAT are looking forward to all the wonderful seasonal baking on offer around the city. One of the great joys ...
Read More
Masterclass Candied Citrus Holiday ...
Read More
November | December issue on the stands. Read ...
Read More
As craft beer continues its upswing in sales, small batch cider makers are gaining respect in the Pacific Northwest market. While more consumers are ...
Read More