It’s that time of the year again, when farmers start bringing fresh fruit and veggies to school yards, and bakers are up at the wee hours of the morning getting products ready—it’s open season for spring/summer markets! Over the last couple of weeks stands have started to come back at all the regular markets like Moss Street, Bastion Square, and James Bay, as well as some new-comers such as the Hudson Market, and Cedar Hill. The vendor line-ups this year are phenomenal. There are more farmers, more bakers, and more crafters than ever. EAT has had its ear to the ground and brings you a summary of a few notable market vendors. 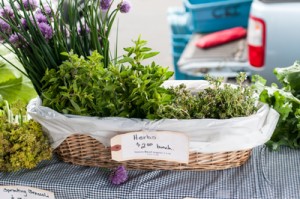 At James Bay and Bastion Square you will likely see a large crowd gathered around Nic Castro’s table of baked goods. He is a new vendor this year, but brings years of experience by way of France. His baking company is called The Village Oven, because in France he used a communal village oven to bake. Nic makes amazing breads (whole wheat, white, sourdough, and rye), croissants, pain au chocolate and also brioche (bacon or chocolate), all in the traditional French style. 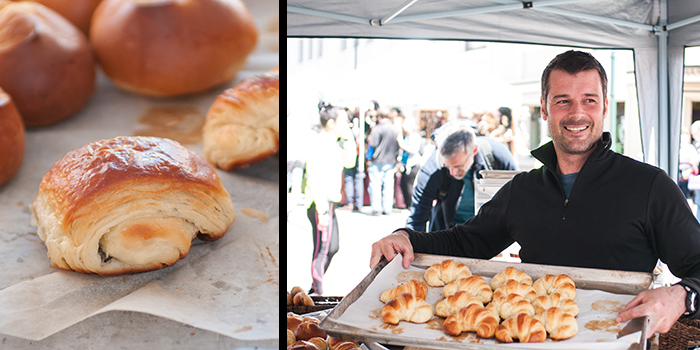 A recent hit at the Moss Street Market are the new Doughboy Doughnuts. The idea to make fresh doughnuts was thought up by Luke Roberts and Noah Warder, who each come from important Victoria restaurants. The duo makes quite a few different styles: glaze, chocolate, fritters and gluten-free made with celiac friendly products (before making the gluten-free doughnuts, they clean the kitchen thoroughly, but do state they have wheat in the same kitchen). Each style is unique in that they add other ingredients. For example the gluten-free was carrot cake the week I went, and they had a rhubarb ginger fritter as well. If you want to get some of these delicious doughnuts, better get there before noon, as Doughboy Doughnuts generally sell out quickly! They are also available at various cafes (check their Facebook) and at the Hudson Market on Wednesdays.

Another new addition to the market circuit is Beckett’s House of Fudge. Put together by Katherine Beckett, who has been making fudge for years for friends, she has decided to bring her fudge to the public. She says that “selling something that I have made at the markets has been a dream of mine for a long time.” Katherine uses sustainable sugar from Level Ground, organic vanilla, and other organic ingredients to make the fudge. An interesting thing to note about Katherine is that the Beckett Benny at Shine Cafe was named after her; she worked there for a long time before pursuing other avenues for her talents. 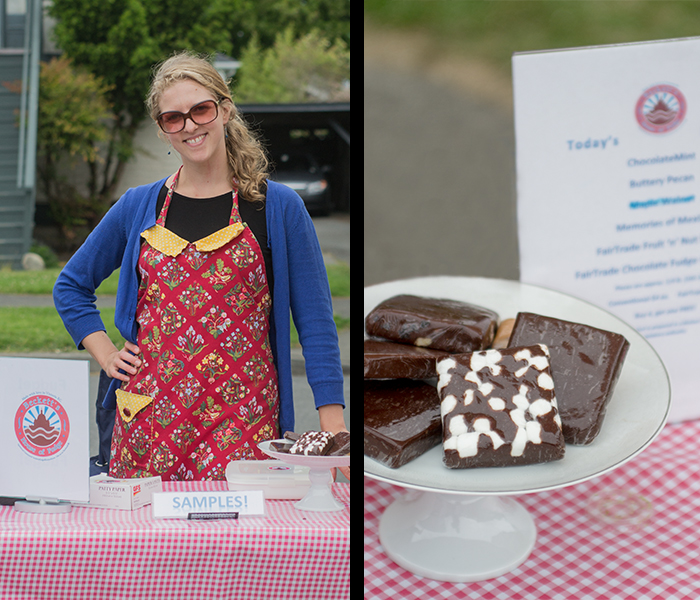 Right now, the Moss Street Market has seasonal vegetables and fruits—you can find an abundance of kale, rhubarb, some mushrooms and various starter plants (see picture of cucumber plant for size of the starter), and there are a few farms which have some early greenhouse peppers and tomatoes too.

At Bastion Square, Moss Street, James Bay and Hudson Markets you can spot either David or Paige Mincey and their preserve company, Circle Canning. This year they sold their restaurant, Camille’s, to focus on the canning and preserving side of their life. They produce all sorts of goods—from jams to salsas and everything in between. Most of the ingredients are locally-sourced in season, so what they sell at the stand can vary quite a bit depending on what ingredients are available.

The Victoria Downtown Market Society’s new Wednesday Farmers Market launched in chilly damp weather May 29 but vendor enthusiasm was high. Plying their trade in the carriageway behind the Hudson on Douglas Street were a sprinkling of farmers along with a couple of bakers (gluten-free and wood-fired), a cheese maker (Salt Spring Island Cheese), Heather Hignett of Vin Coco Patisserie, and The Hungry Rooster food truck (Mexicanka perogies were a popular choice for warding off the cool weather—6 perogies served with aged cheddar, truck made salsa, aioli sauce, sour cream, cabbage slaw and cilantro). 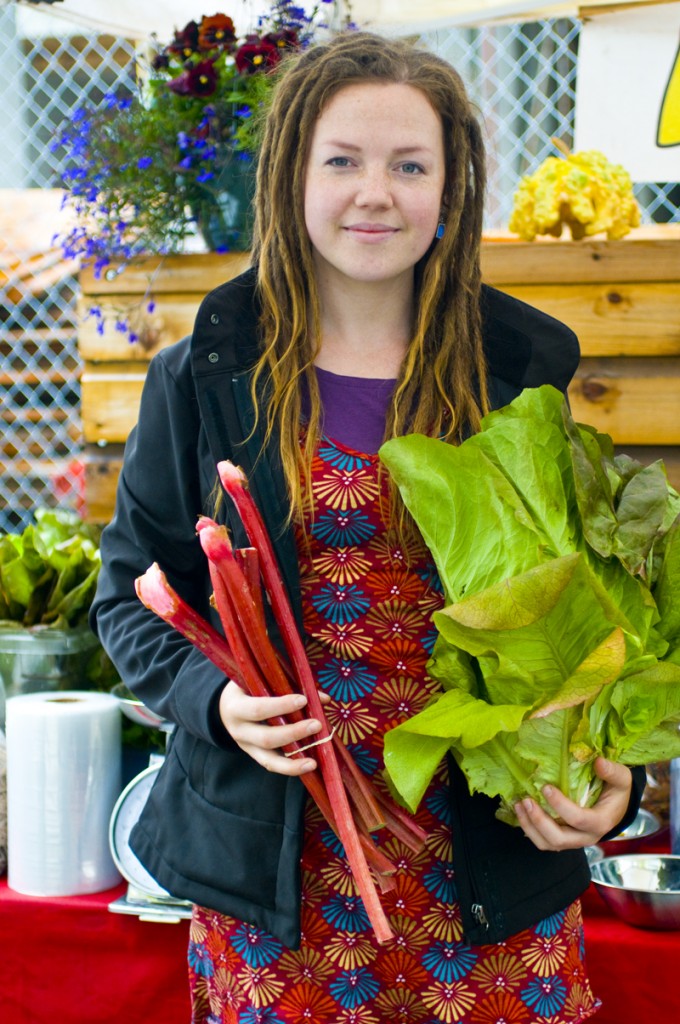 July|August issue on the stands. Read ...
Read More
Our extra big Nov/Dec Holiday has hit the streets. It’s loaded with articles by our wonderful creative team of writer, photographers and ...
Read More