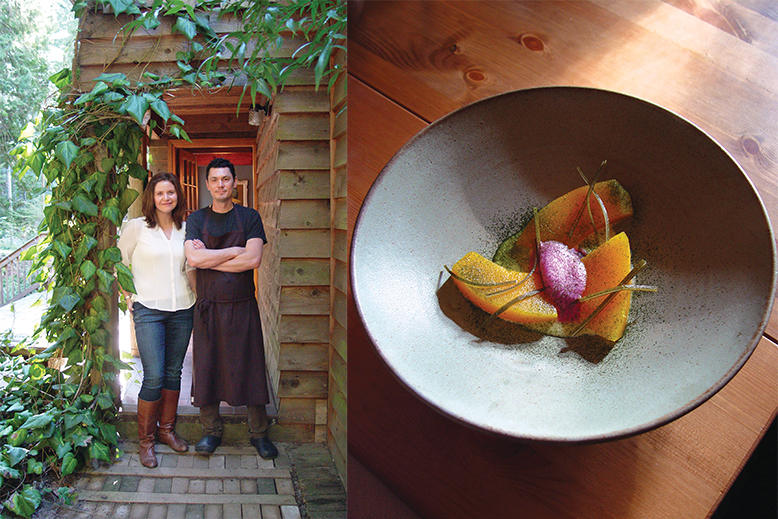 The nominees for the Air Canada Enroute Magazine People’s Choice Award have been announced and the public will get to vote on their favourite. From a pilgrimage-worthy restaurant on Galiano Island in British Columbia to a revolving-restaurant makeover in Quebec City and a rollicking oyster house in St. John’s, this year’s contenders are as diverse as they are delicious.

Vote for your favourite and enter for a chance to win a trip for two to the nominated restaurant of your choice, plus $500 spending money. EnRoute’s food writer will narrow down this list to his Top 10 in the November issue of Air Canada’s enRoute magazine.

There are six nominations from BC including two on southern Vancouver Island.

Air Canada enRoute seeks out new restaurants launched during the past year (approximately June 2014 to June 2015) that advance the Canadian culinary identity; they are places where the overall dining experience will have a lasting and significant impact on our restaurant culture.

The panel’s list of restaurants has been visited and judged anonymously by international food and wine writer Andrew Braithwaite during a month-long, coast-to-coast dining marathon. Now, the public is invited to start planning their next great meal at the country’s newest hot spots, and to vote for their favourite restaurant among the nominees. You will also entered to win a trip, courtesy of Air Canada, to dine at the nominated restaurant of their choice, plus $500 spending money. Additional information, including the contest rules, may be found online.

I was one of four fortunate food and wine media to clamber aboard the Rocky Mountaineer, and travel the tracks from Vancouver to Banff. Based on ...
Read More