Stone’s Throw Restaurant is located on upper Johnson St., near the Best Western Hotel. Don’t let its humble surroundings turn you away, though; Stone’s Throw offers a great menu and friendly wait staff. Corey Barager and Frazer McLean came to Victoria from Calgary with the vision of owning a restaurant with “food that people want when they feel like they want it.” Both of them got their start at successful Chili’s locations in Calgary. Each worked their way up the ladder through all the various positions of the restaurants, from dishes to bar to manager. After many years in the business, they felt that they wanted a change, so they packed up and moved to Victoria. Corey came first and then, a few months, later Frazer arrived. The two got jobs at, and helped start up, the Galloping Goose Grill at Langford Lanes. A while later they felt they needed to work together, and start their own restaurant. They looked for the perfect spot and took over what used to be Café Boulavard. And Stone’s Throw was born. 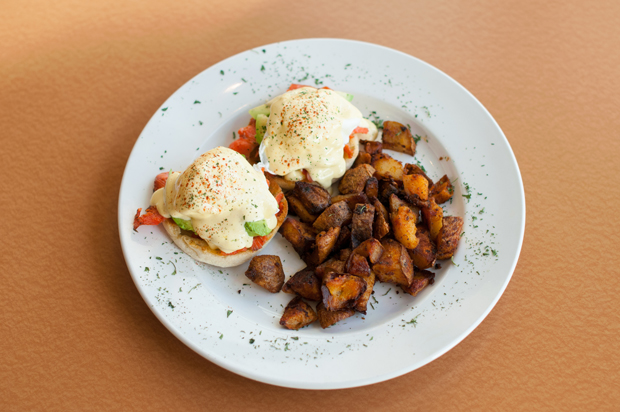 The food at Stone’s Throw is a mix of west coast and southwestern American inspired dishes. The signature dish is a triangle-shaped burger. Corey says the triangular burger was conceived “so that there is a point to bite into easily”. Each burger patty is hand- formed to make the best use of “bun space”. The burgers come in a few different styles: a classic cheeseburger; chipotle and blue cheese, mushroom and Swiss; and the Santa Fe which is Pico de Gallo, BBQ sauce and bacon. Frazer says that although the chipotle and blue cheese burger sounds terribly strange, once you taste it you’ll be surprised at how amazing it is. It is neither too spicy nor too tangy, but just the exact right mix of the two. Stone’s Throw does not include the standard French fries with the triangle burgers either, they have as their side a slightly healthier choice—pan-fried potatoes. The potatoes are seasoned perfectly and crispy. Corey says that “they take a bit longer to make (than French fries), but they are definitely worth it”.

Corey also makes as much of the menu as possible from scratch. This way, they can use fresher ingredients with better flavor. For example, all of the pasta sauces are made from scratch, and their Pico de Gallo is made daily so that it’s as fresh as it can be. Going along with the theme of freshly made is that all of the baked goods (except the triangle buns) come from Portofino Bakery.

For the downtown crowd at lunch, Stone’s Throw has a great lunch menu called “10 items for $10 or less”. The menu is made up of Corey and Frazer’s favorite lunch items. You’ll find nachos, cobb salad, and a beef dip sandwich rubbing shoulders with a Santa Fe Black Bean soup (ask for it without the sour cream and cheese for a vegan option) and Baja Shrimp—bacon wrapped shrimp covered in Pico de Gallo and Santa Rosalita sauce. 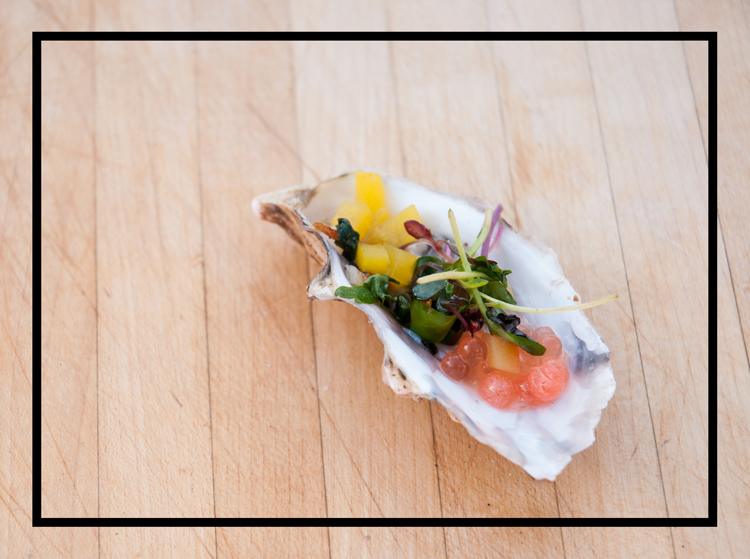 Stone’s Throw does a variety of breakfast dishes that they serve all day. Choose from a couple of different bennies, endless pancakes — yes, you read that right, as many as you can eat. Or you could have the showcase dish, “Waffle Crunch”’ which Frazer coined and designed. It consists of waffles smothered in whipped cream, fresh strawberries and delicious Portofino granola. The granola, strawberries and whipped cream do a great job of making everything taste fantastic without needing syrup (but it is included on the side if you’re in need).

Stop by next time you’re downtown and say hello to Corey and Frazer. Whether you go in for breakfast, lunch or dinner—really, anytime of the day—you’re in for a good meal and great service.

How does sipping aperitif wines while eating imported chocolates sound? What about rediscovering the glory of forgotten concoctions with the creator ...
Read More