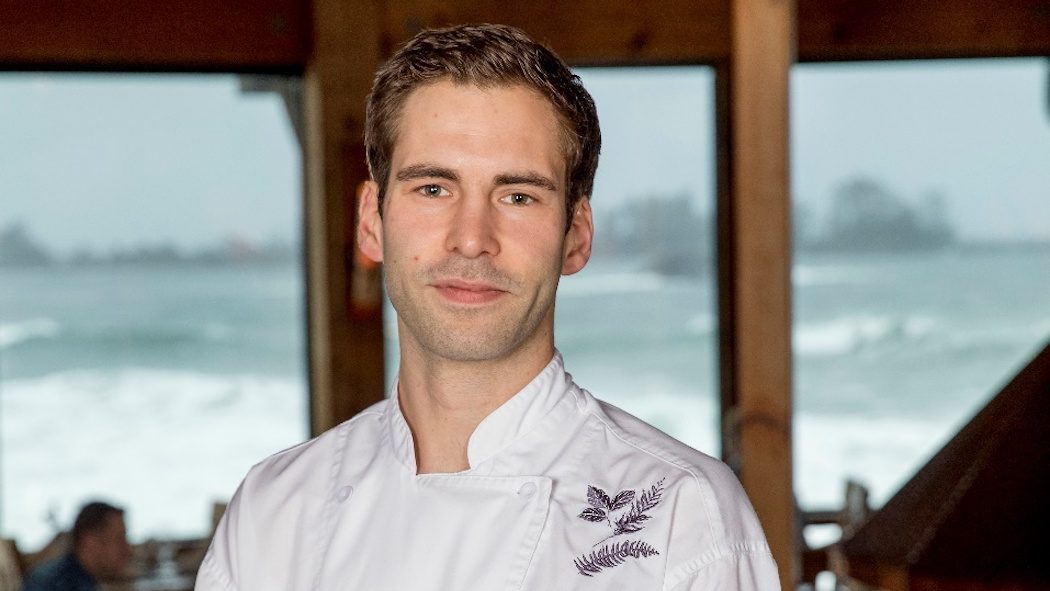 Press Release — January 15, 2019 (Tofino, B.C.) The Pointe Restaurant at the Wickaninnish Inn is delighted to announce the appointment of Carmen Ingham as new Executive Chef. Matching the Inn’s philosophy of highlighting the beauty and the bounty of Canada’s west coast, Ingham says his passion is showcasing ingredients that represent “sense of this place, at the highest level possible.”

“Chef Carmen is one of the up-and-coming chefs and, true to past form, the Wickaninnish Inn and The Pointe Restaurant continue to innovate and refresh our culinary program with the best and brightest of tomorrow’s new stars,” says Charles McDiarmid, Managing Director of the Inn.

Ingham competed in the first annual Hawksworth Young Chef Scholarship, a Canada-wide cooking competition for chefs under 28 years old, in 2013 where he placed second. In the same competition he was recognized as the “Le Creuset Rising Star.” In 2016, he was one of the top ten young chefs in Canada at San Pellegrino Young Chef competition.

Over the past fourteen years Ingham has constantly challenged himself to learn a variety of skills and styles by working at restaurants with different cuisine and influences.

Ingham comes to The Pointe Restaurant from his most recent position as Head Chef at Olo Restaurant in Victoria, B.C., known for preparing dishes with the best seasonal ingredients from Vancouver Island. Prior to this, he was Chef de Cuisine, then promoted to Executive Chef at Villa Eyrie Resort, Malahat, B.C.

Ingham says the most influential position of his career to date was Sous Chef at Sonora Resort from 2011-2014 where he was responsible for menu development, ordering and expediting service. Like the Wickaninnish Inn, Sonora Resort is a member of Relais & Châteaux.

With his experience, Chef Ingham complements the style and direction of The Pointe’s Restaurant Manager, Annette Rawlinson; together with the Wickaninnish Inn Food and Beverage Manager and Sommelier, Ike Seaman, they forge a strong and dynamic leadership team.

When asked why he chose to take on the role, Ingham says, “I am very passionate about this beautiful corner of the world and have always thought of the Inn as the property that best represents it. I couldn’t ask for a more inspiring place to cook.” He added that he and his family are looking forward to “having the most pristine natural backyard there could ever be.”

At the same time, the Inn also congratulates Chef Warren Barr, Executive Chef at The Pointe since 2013, on his next move as he and his partner Lilly Verney-Downey transition to opening their own restaurant “Pluvio” just south of the Inn in the town of Ucluelet.

September|October issue on the stands. Read ...
Read More
August 22, 2022 — Staff, volunteers, and board members from Victoria’s Belfry Theatre have raided some of the best local wine cellars to find ...
Read More
(Vancouver, BC) – Nowadays one dollar, a Loonie, doesn’t seem to buy much – not even a cup of coffee or a litre of milk. You can’t feed ...
Read More