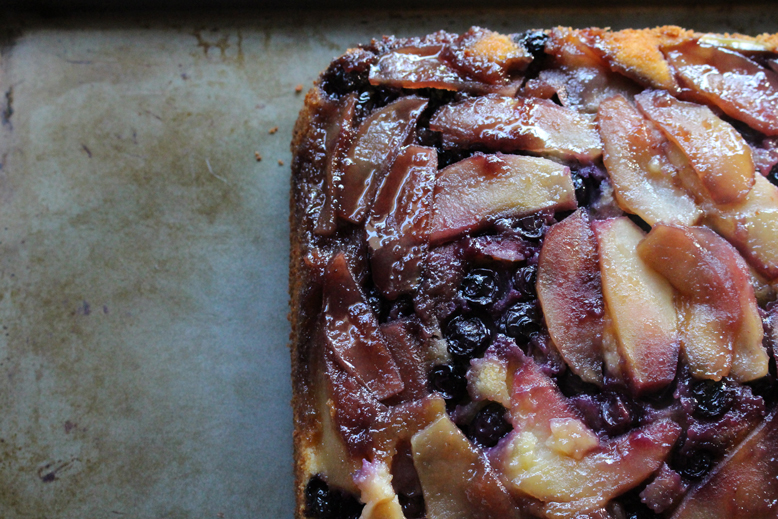 Canadian cuisine doesn’t lend itself well to definition. We’re a country of diverse provinces, each with its own regional specialties. It’s ridiculous to think Canada could be whittled down to one national dish (and I cringe at the thought of having to decide between poutine and a Tim Hortons maple dip donut).

Instead of pigeonholing ourselves, we get to develop local flavours. Having spent my entire life in B.C.—save for a few days scattered in Ontario, Alberta, and a few hours in the Montreal airport— my grasp on West Coast cooking is pretty tight. Food from the north? Not so much.

I think I’ve rectified my lack of northern knowledge after reading and cooking from The Boreal Feast. Written by Yukon resident Michele Genest, who also authored The Boreal Gourmet, this lush cookbook spans an entire year with a dedicated feast menu for each season. 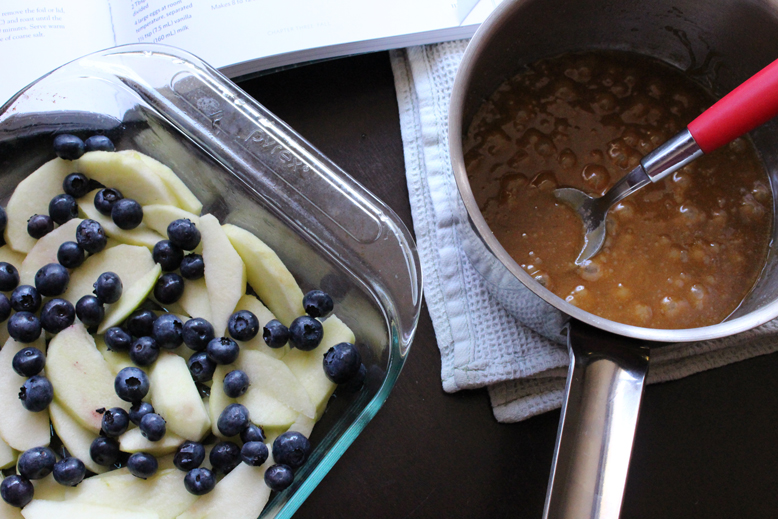 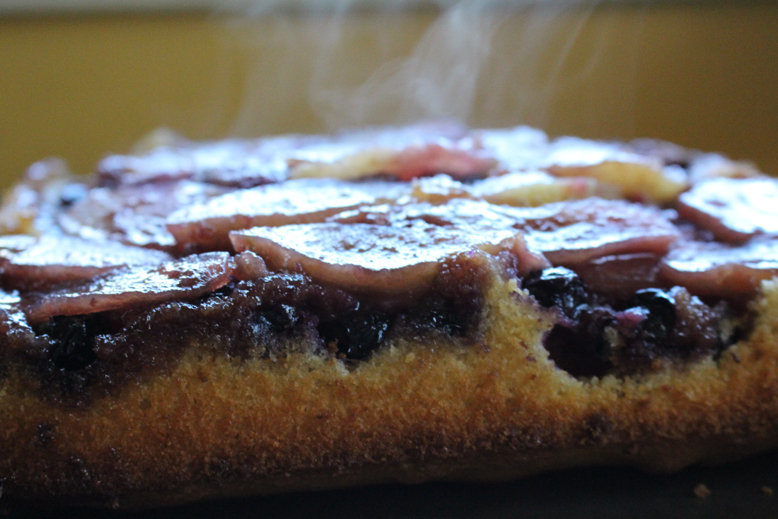 Genest spends a considerable amount of time sharing stories from her boreal surroundings, imparting the significance Canada’s boreal forest has on our environment. “The boreal forest stretches in a green cape around the upper third of the globe, over Canada, Alaska, Siberia, parts of Asia, Russia and Scandinavia, a mantle of 12 million square kilometres. It’s the largest biodome on earth, home to thousands of species of birds, animals, fish, insects, trees and plants, and a vital source of oxygen and fresh water.”

This education carries through each chapter, always mixed with musings on her recipes. I was surprised, and perhaps a tad relieved, to find the majority of recipes did not require extreme foraging for ingredients. Instead, I found the four feasts leaned toward homey, thoughtful dishes such as morel-crusted bison short ribs and sunflower seed soup. 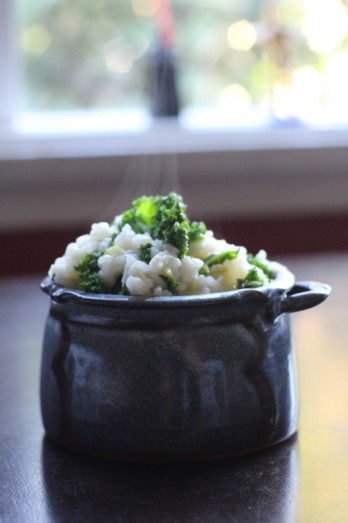 I ventured into The Boreal Feast with a wild Saskatoon berry upside-down cake and kale risotto.

Of the cake, Genest offers a well-worded warning for the upside-down unveiling. “This is one cake that really must be removed from its pan almost right away… the steam from the cooling cake will soften the topping and you’ll lose that lovely toffee effect. Happened to me once. So disappointing.”

She advises this cake is best suited for fall, during the Saskatoon berry season. Instead, I swapped in fresh B.C. blueberries. The addition of cornmeal adds a delicate crunch to edge pieces, while keeping the cake moist. It’s also a known fact that any cake with fruit is fair game for breakfast.

The risotto served me well, hitting my soft spot for creamy rice and hearty kale. Not only does it cover the starch and vegetable categories in one pot, I think it accurately depicts our boreal forest, vast stretches of green so often covered in snow.

After Genest works her way through four seasons of feasting, she offers a chapter on the boreal pantry, where recipes for spruce tip jelly, spruce tip syrup and candied spruce tip receive much attention. Canada may not have a national food identity, but a national food flavour might be easier to decide. Spruce gets my vote.

1. Preheat oven to 350F (180C) and place the rack in the lower third of the oven. Grease bottom and slides of a 9-inch round, 3-inch deep cake pan. (Do not use a pan with a removable bottom, unless you enjoy both the smell of burnt sugar and cleaning the oven.)

2. Melt butter in saucepan over medium heat, add brown sugar and cook, stirring occasionally for 3 to 4 minutes, until foamy and pale. Pour into prepared cake pan and swirl the pan to distribute evenly. Arrange the apple slices in a swirl pattern, leaving spaces for berries in between and in the centre. Press the berries into the pattern wherever there’s room. Set aside.

3. Whisk flour, cornmeal, baking powder and salt together. Set aside.

4. Cream butter until fluffy and gradually add 1 cup of the sugar. Beat until light and fluffy, about 2 minutes in a stand mixer. Beat in yolks and vanilla, scrapping the bowl if needed.

5. At low speed or by hand, add the dry ingredients in three batches, alternating with milk. Blend just until the batter is smooth.

6. In a separate bowl, beat the egg whites until frothy. Still beating, gradually add the remaining 2 tablespoons of sugar and beat until egg whites form soft peaks. Fold a quarter of the whites into the batter. Fold in remaining whites until no streaks remain.

7. Pour the batter evenly into the pan and smooth out with a spatula. Bake for about 60 minutes, until top if cake is golden and a toothpick inserted in the middle comes out clean.

8. Cool on a rack for a few minutes, then slide a knife around the edge of the cake to loosen it from the pan. Place a serving platter over the pan and hold tightly. Invert the cake onto the platter. Carefully remove the cake pan.