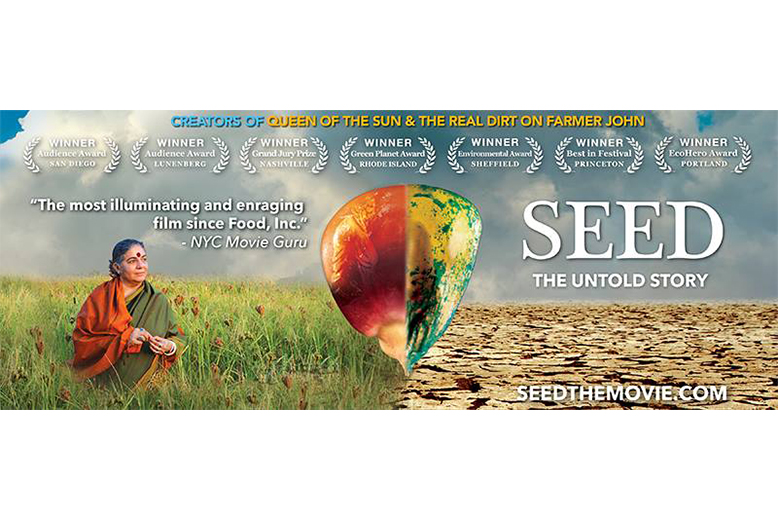 The Victoria Film Festival has announced the line-up for the fifth annual FEAST: Food & Film Festival with events taking place on June 15, 16, and 17. FEAST will host six screenings.

Kicking off on Thursday, June 15th at The Vic Theatre is Ella Brennan: Commanding the Table a documentary showcasing Ella Brennan, the New Orleans’ force of nature behind the Commander’s Palace and revolutionized creole cuisine. Local breakfast sensation Floyd’s Diner will bring you breakfast hors d’oeuvres and a Mimosa while VFF brings you a bit of live jazz to set the mood.

On Friday, June 16th two films will screen starting with SEED: The Untold Story at The Vic Theatre. This documentary about preserving ancient grains and seeds is paired with a selection of fresh-pressed juice, grainy bread, a hemp vodka cocktail and heritage popcorn.

Finish Friday off with a screening of Jeremiah Tower: The Last Magnificent at The Vic Theatre, a documentary about American cuisine with Anthony Bourdain as the executive producer.  And with great American cuisine comes exquisite bites by Toque Catering paired with California wine presented by Vessel Liquor.

On Saturday, June 17th there are three films to enjoy.  Deconstructing Dani García, a documentary about a chef with two Michelin Stars who is forced to reinvent himself when his restaurant closes.  Paired with the film are delectable Spanish tapas and a sherry tasting presented by Vessel Liquor.

Follow it up with Chinese cuisine and traditional baijiu from Dragon Mist Distillery to sip on with a screening of Cook Up A Storm.  This fun narrative film tells the story of a classically trained chef who must team up with a rival street chef to beat a common enemy in a cooking competition.

Wrapping up FEAST is Rob Reiner’s 1984 classic This is Spinal Tap at Phillips Backyard. Tickets include a Phillips beer and a serving of melted drummer goo.  To satisfy hunger pangs, Coast Lunchbox will be selling ‘Small Bread Sandwiches.’  And don’t worry; all amps will be cranked to eleven.   Ticket prices vary $20-$25. All events are 19 and older. Full details are available at feastfoodfilm.ca. FEAST: Food & Film is an annual food-focused Festival brought to you by the Victoria Film Festival to highlight local and regional food and drink paired with great films.

The article on L’Apéro in the May|June issue should have stated Chef Andrea Maiolo staged at The Courtney Room and Zambri’s and that he held the ...
Read More
May|June issue on the stands. Read ...
Read More
Who hasn't planned their restaurant selection based on the quality of the complimentary bread basket? I know I have, and I'm pretty sure I'm not ...
Read More