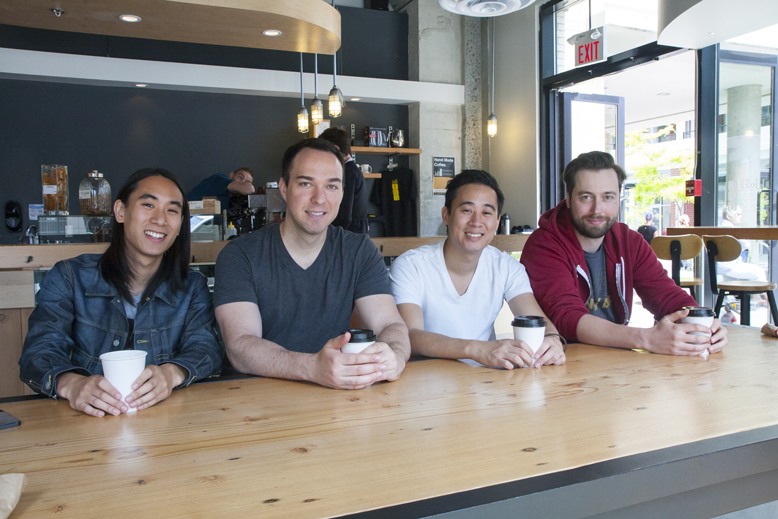 No Doritos, no Twizzlers, no Mountain Dew. What kind of game studio is this?

In many ways, social gaming startup KANO/APPS is a poster child for Victoria’s burgeoning technology industry. Created by a quartet of University of Victoria grads, the company has grown to twenty employees in six years, and has begun building a small empire in online games. 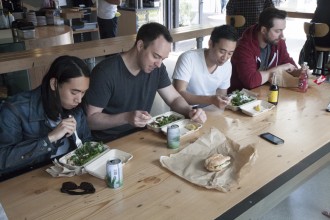 “We started in October 2008, and it was basically the four of us working out of Eric’s or Eric’s condos,” co-founder Tim Teh says with a laugh. Co-founders Eric Haight and Eric Alpini sit beside him at the table along with Tim’s brother and KANO UI Designer Edmund Teh. We’ve ducked out of their office on Herald St. for lunch at the Victoria Public Market: porchetta and pork bowls from Roast and Americanos from 2% Jazz. High-class stuff, because as it turns out, it’s not just Napoleon’s armies that march on their stomachs.

“When we started KANO/APPS, most of the gaming activity was based in San Francisco, the bay area, that’s where all the startups were and that’s still where the majority of startups are popping up,” says Tim. But like many of their later contemporaries, the founders knew there was a lot to appreciate about Victoria. The fact that they all grew up in town and attended UVic together didn’t hurt. “As soon as we knew we could make money here, we were like, we’re not moving, we’re setting up shop and a lot of the reason is because of what we have available to us.” 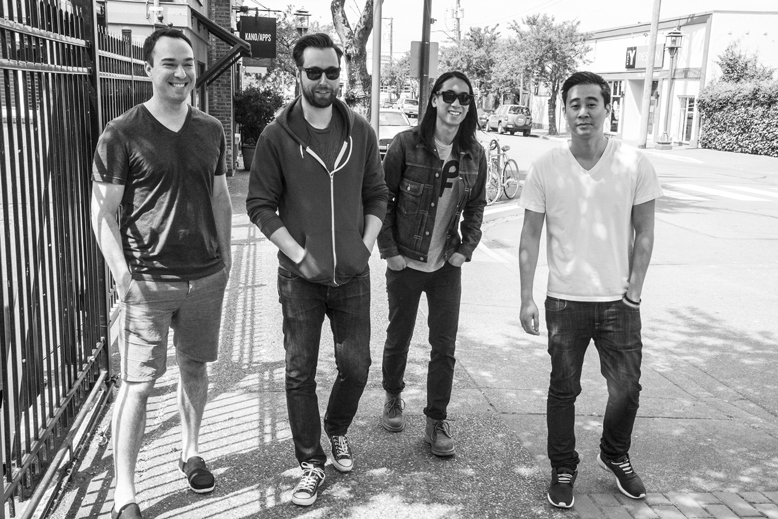 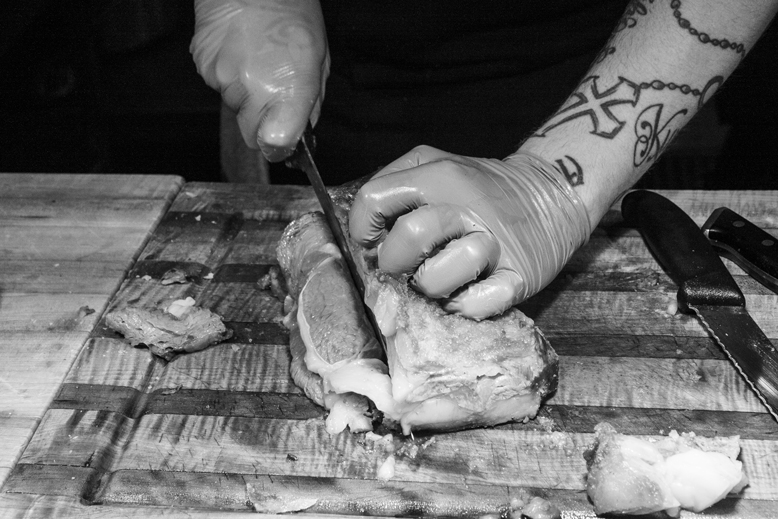 Victoria’s combination of urban city lifestyle and natural beauty has a lot of allure for KANO’s roster of hikers and kayakers, and a strong community of local producers and chefs is another draw. “We try to create a company that has a good work life balance, and culture is super important to us and when it comes to culture and socializing food is a really big part of that.”

KANO’s founders certainly put their money, and by extension Victoria’s local food, where their mouths are. Beyond their lunchtime excursions, KANO’s office-wide seminars and events like Hack Day are fully catered from spots like Shizen Sushi and The London Chef. The founders also make their own food at home; Eric Haight orders groceries from SPUD, Tim is eating fewer grains and more local vegetables, and Eric Alpini cooks with his vegetarian girlfriend.

KANO staffers are also regulars at Victoria’s craft breweries thanks in part to the weekly Beer Friday. “We go usually to Swans or Phillips; a bunch of the guys have growlers that they fill up and come back,” says Tim. “And coffee, craft beer and coffee, you can’t beat it.” Bean Around The World’s Black Dragon Organic is the office staple, but it’s not uncommon to see imports from Drumroaster or Blue Bottle. “Whenever people go on business trips they usually come back with coffee to stock the espresso machine, and obviously we have Union Pacific below us which a lot of people go to. There’s no shortage of great stuff.”

Tim believes Victoria’s supportive government, developer community, and great food (among other things) make it an ideal home for tech companies, and he doesn’t see growth tapering off anytime soon. Great companies attract valuable people from far and wide, and the local talent is top shelf too. “I would put any engineer coming out of UVic or Camosun against any engineer coming out of Silicon Valley. Talent here is really great.”

Game development isn’t just about engineers, either — there’s art, interface design, writing and much more involved. “Victoria is really a city of makers and creative people… People aren’t afraid to try different things and they show that creativity in the work that they do, and the type of people that we find here are very entrepreneurial; it’s people that want to work on cool projects and make a difference.” As long as they’re well-fed, of course.

When Your Parents Visit

Eric Alpini: “Zambri’s, actually they like Prima Strada a lot.”

Eric Haight: “Yeah, that’s where I’ve been taking my parents, Prima Strada in Cook Street, less busy and closer to where I live.”

Tim Teh: “Zambri’s, or we hit The Mint for drinks sometimes too, there’s just endless choices.”

Eric Haight: “Past couple dates I’ve gone to Stage because it’s walking distance, so you don’t have to worry about driving. Little Jumbo sometimes as well.”

Edmund Teh: “Relish. I also like going to the Moss Street Market and Fol Epi.”

Eric Alpini: “The Village in Estevan Village. Went to Jam Café a few times but the lineup is often so long.”

Tim Teh: “Relish is right by my place, so I like to hit there. Tre Fantastico, Zambri’s. Jam is good, Mo:Lé is good.”

The article on L’Apéro in the May|June issue should have stated Chef Andrea Maiolo staged at The Courtney Room and Zambri’s and that he held the ...
Read More
May|June issue on the stands. Read ...
Read More
Having just moved to the Oak Bay neighbourhood, it’s only taken me a few weeks to figure out what makes this area so special: a blend of community ...
Read More