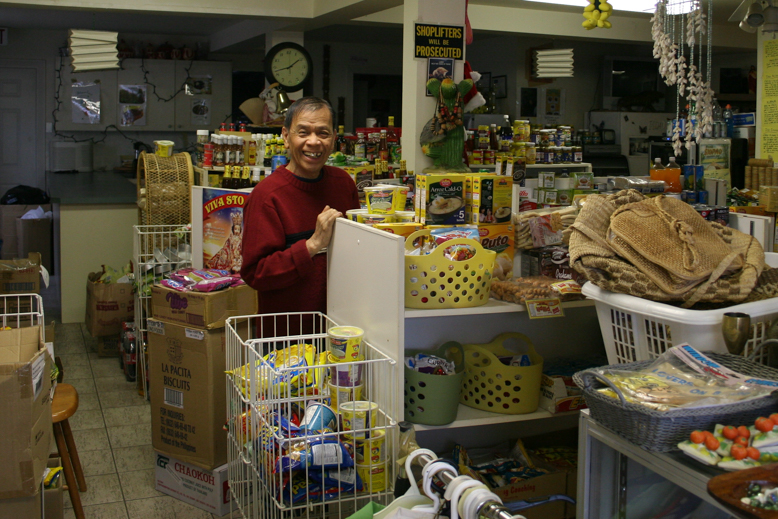 Filipino groceries are special in a way that other groceries are not. At  Japanese or  Italian groceries, for example, people come in to buy various imported products because they miss these comforts from home. In this way, going to the grocery store is an act of remembering another life in another place. Filipino people do this, too, but with an added dimension. Filipinos are not just reminiscing at the grocery store, they are also actively engaging with an ongoing life and family in the Philippines.

Here is how this works: the Filipino economy has largely been built, at least since the Second World War, on money sent home from abroad by women who have left the country to find work. These women, often mothers themselves, take jobs as nurses, cleaners, domestics, or food service workers in other countries, then send what money they make back home to the Philippines for their families. These payments to home, known as remittances, are funneling much-needed cash back from every part of the world. There are Filipinos all over the world doing these not-so-glamourous jobs for the sake of their families. To talk a little about how Filipino people are living their lives in Victoria, through the lens of the grocery store, I visited a few different places in town and listened to their stories. 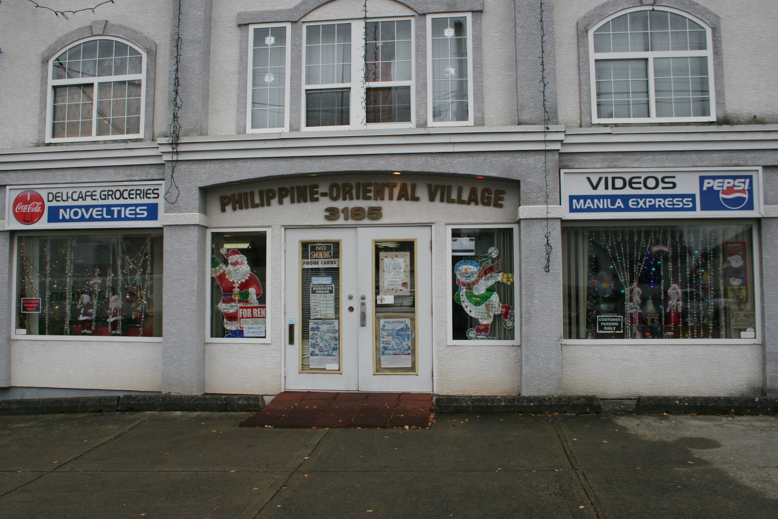 Dick Peralta is working alone behind the cash at the Philippine Oriental. Normally, he tells me, his wife is there as well, preparing authentic Filipino dishes out of the small deli kitchen at the back of the store. She has been sick for some months, though, and so for now the restaurant is closed. The Peraltas opened the first Filipino store in town, a couple of decades ago, and since then Dick has watched the population grow and change.

He tells me that originally it was only women who travelled overseas. They left their families behind and worked difficult jobs, trying to get a foothold in Canada. The men meanwhile, the fathers, were compelled to stay back in the Philippines with the kids.  Economic circumstances changed the entire dynamic of the traditional family.  Different men dealt with it in different ways. Before only women could travel because the only jobs being offered were in what were considered to be “women’s positions”: nurse, domestic, etc. Now though, because of food service openings, a lot of men are coming as well.

The Peraltas tell the typical story of the immigrant: the first generation comes here and makes it somehow in order to secure something better for their children. Dick has a child at UVic and another one at McGill.  I ask if his kids are going to get into the family business, and he tells me he doubts it, that  they ought to do something else with their lives. Still, he is in the store all day, on his feet and minding things. This can’t be easy.

The Philippine Oriental offers all sorts of unique products from the Philippines, from videos to a great deal of frozen produce, meat, and fish. The one thing it is hard to find, Dick tells me, is magazines. It’s very hard to organize getting them here. 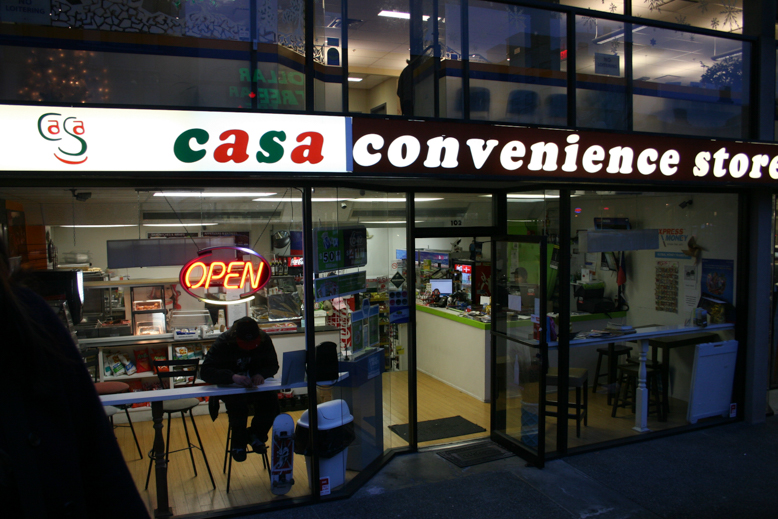 Located on Douglas, just before Pandora, Casa Convenience is definitely in one of the hot zones of the city.  Owner Janet Dandan has just introduced empanadas and I am expecting them to be a big hit with the people who constantly mill about the bus stop directly outside.  There are a variety of other ready-to-go Filipino and Saudi foods behind the counter as well.  Why Saudi?  Before settling in Canada, Janet worked for many years in Bahrain on the Saudi Peninsula.  Now she sells food, groceries, manages remittances through her store, and also runs a janitorial service.  Not only this, but while we talk, she deftly manages the various people who saunter in from the street.  It’s an interesting location.  She is, it seems, an incredibly busy person.

Janet got the business a couple of years back from a Chinese owner.  The name “Casa” means something totally different to Filipino people, she tells me.  This is the name that is colloquially given back home to houses of ill repute.  Apparently, she takes some ribbing for this from customers, but it is all in friendly jest; maintaining brand name recognition is something to consider. 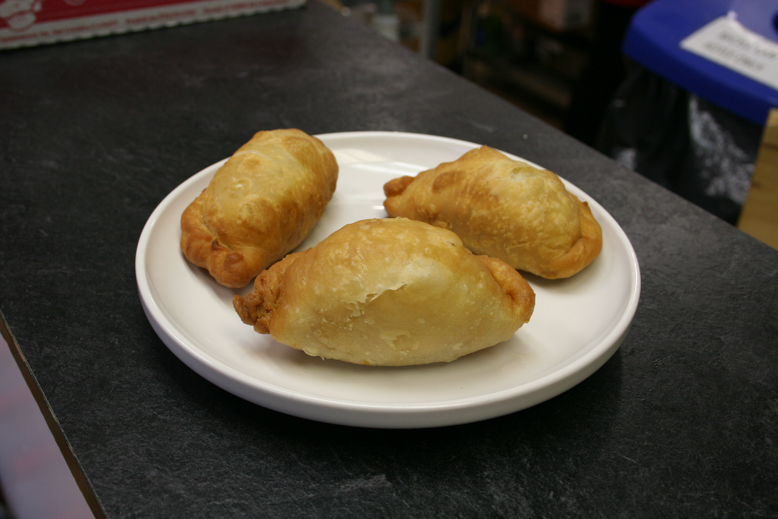 The empanada is very good, by the way.  Although these little baked bread pockets are often though of as a snack from Argentine and Chile, the Filipinos have their own version, flavoured with their own spices.  I had a pork one, but I’m sure the chicken and beef are equally good. 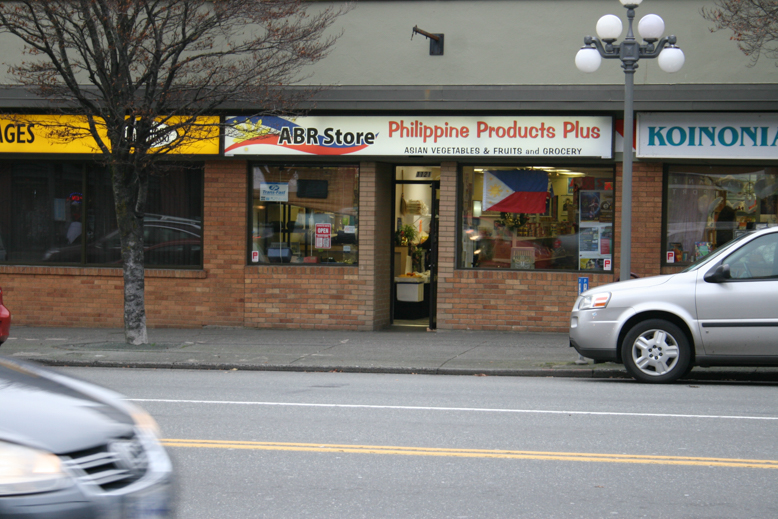 Another new venture is the ABR Store, run by Beverly, who first became acquainted with Canada through the foster parents plan and moved here in 1998. Now, in addition to running a store, facilitating remittances, and probably a few other ventures, she cares for the foster mother who once supported her.  ABR is noteworthy in that it provides quite a few varieties of fresh vegetables, herbs, and fruits from the Philippines. 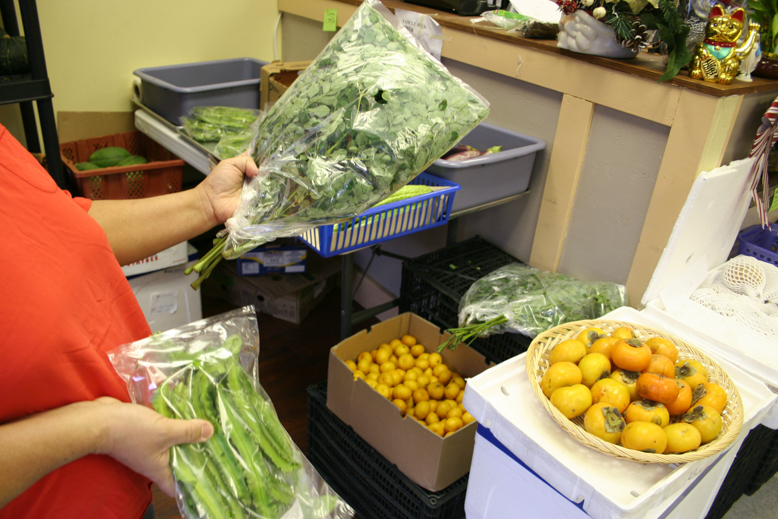 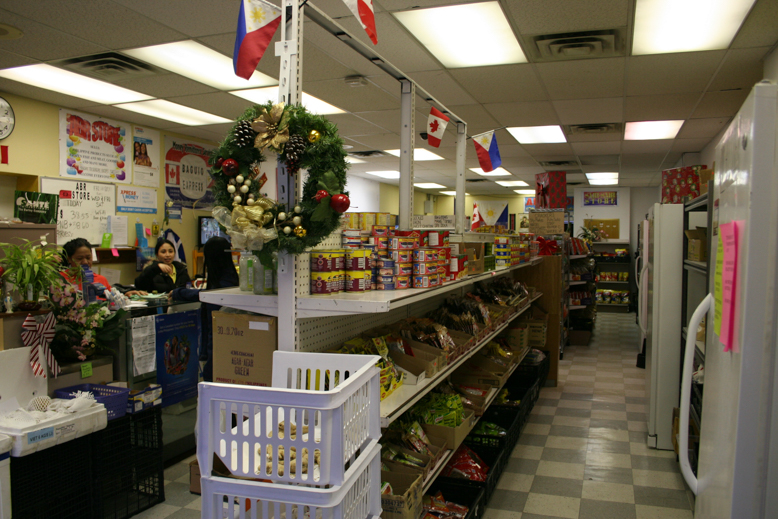 There is much here that I find mysterious.  Beverly holds up a bag of malunggay leaves and tells me that they are an extremely popular item.  I have been trying to get a read at each place on what items Filipino people might be excited to see were they to come into the store.  Every shop owner seems to be confused by this question.  They can get any of this stuff at Fairway if they want, they always tell me, except for a few special things.  The sense I get is that visiting the store is more important as a community activity, as opposed to a way of getting particular groceries.

Nevertheless, I do some reading up on malunggay, a.k.a. moringa oleifera.  It is a deciduous tree common to the tropics.  The leaves, roots, and seedpods can all be eaten.  The seeds can also be made into oil.  The leaves, as they are found at the ABR Store, are often prepared as spinach is, and have similar nutritive value.  I later realize that I ate the seedpods (known as “drumsticks”) quite often when I was living Southern India.  You never know what you might find around town. 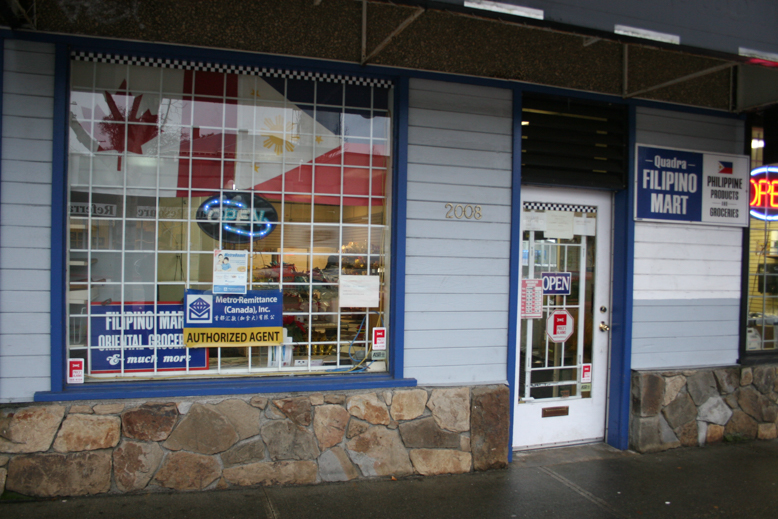 Christine at Filipino Mart, if this is possible, seems to be even busier than all the other people I visited.  Like the others, she too wants to hide from the camera.  Though her whole family is living here in Victoria, she is generally running the business by herself.  When I go in to talk, she is engaged in a meandering conversation, half in English and half in Tagalog, with a woman at the counter who is trying to understand the present rate for making a remittance payment.  I wander among the freezers and produce and look at everything.

The store has an unusual assortment of Filipino products mingled in with racks of nurse uniforms and bric-a-brac from, I guess, back home.  Christine worked for ten years in the government before deciding to try her hand at small business ownership.  It’s nice to have the social time, she tells me.  The customers who come in are extremely loyal to whatever shop they choose, and occasionally non-Filipinos come in and shop, too.  The shopping always seems so secondary, but I guess it must happen because all of these stores have a large stock of items, freezers full of fish, and bags full of unusual (to me) products.  I leave it as a sweet mystery for now. 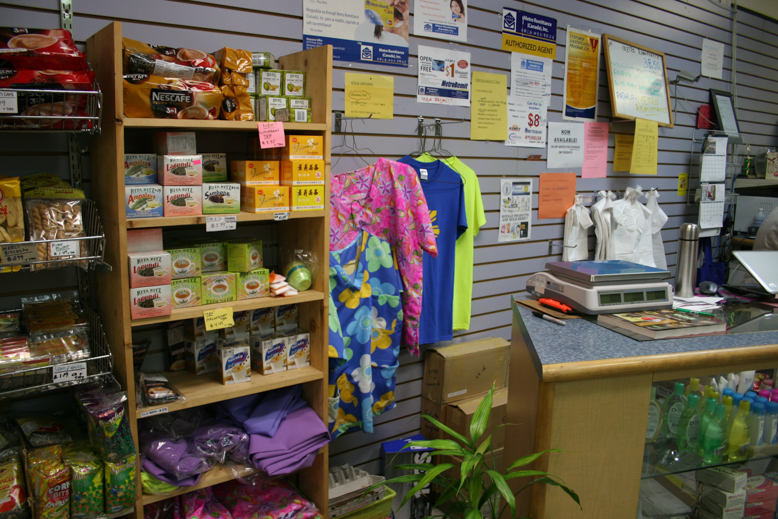 In many ways, people from the Philippines form one of the backbones of the city.  Although there is a large number in Victoria, they don’t seem to garner the same kind of civic representation as other communities.  They have also been quietly at the heart of the much-ignored temporary foreign worker situation that focused on McDonalds restaurants here in Victoria.  I should like to say more, but this is all I can offer for now.  Even though I didn’t discuss it much, Filipino food can be quite exquisite and has a flavour and presentation all its own.  That is a story for another time.

With Phase 2 beginning, restaurants and patios, tasting rooms and coffee shops are reopening. This is an ongoing process, with many changes, so we ...
Read More
It was the first restaurant in Vancouver, under the gentle guidance of owner John Bishop, to tout the benefits of using local, seasonal, sustainable ...
Read More