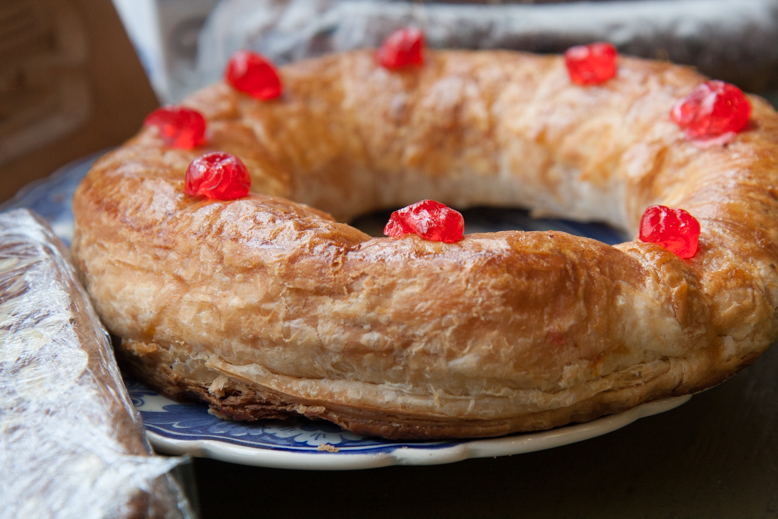 Do you know where Santa Claus comes from? Wait — if you’re under 10 years old, stop reading (but good for you for being so literate!)

There is of course plenty of controversy and warring opinions on the topic, but with a substantial half of my family being Dutch, I can tell you that our North American version seems suspiciously similar to the Netherlands’ Sinterklaas, a red-suited bishop with a flowing white beard who carries a book listing those who’ve been naughty or nice.

What you might be surprised to hear is that in Holland, the arrival of Sinterklaas and the Christmas holiday are actually more than two weeks apart. While Christmas is a more religious holiday that falls on the expected 25th of December, Sinterklaas arrives on the eve of December 5th, Saint Nicholas Day.

“It’s really a children’s holiday,” said Arie Kuyvenhoven, who owns the Wooden Shoe Deli on Quadra Street along with his wife Trudy. “They get to visit Sinterklaas and so on, and of course they put the shoes out on the 4th of December and in the middle of the night Sinterklaas comes and puts little presents in the shoes.” Each year on the weekend before the 5th, Arie and his staff host Sinterklaas at the shop and give out little goodie bags to kids, a traditional practice common among stores in the Netherlands.

However the North American version was born, Dutch traditions here in Canada are especially strong thanks to the Canadian Army’s liberation of the Netherlands during the Second World War. My own grandparents moved to Canada in 1949 along with many other Dutch immigrants, and there is still a large population of Dutch people in Victoria and the surrounding areas — at least if you’re counting by the chocolate letters given to kids for Sinterklaas. “We had four thousand of them and maybe two dozen left,” Arie told me.

It’s at Christmastime that my mother most misses her side of the family, and the few times we’ve all gotten together for the holidays were steeped in Dutch tradition. Visiting the Wooden Shoe always prompts lots of deep-seated memories for me, whether it’s sprinkling hagelslag on Nutella toast or the story of how my uncle almost choked to death on a hopje. If you’re some part Dutch yourself or just interested in test-driving one of the friendliest and jolliest cultures in Europe, you might want to try some of these holiday treats. Baie gezellig.

Might as well start with the best. Arie is now retired but worked as a baker for 45 years, and he personally prepares these traditional Christmas cakes in roll or circle form. The blanketstaaf shows just how much Dutch people love almond paste by surrounding it with nothing more than simple, flaky puff pastry. Insanely addicting stuff. 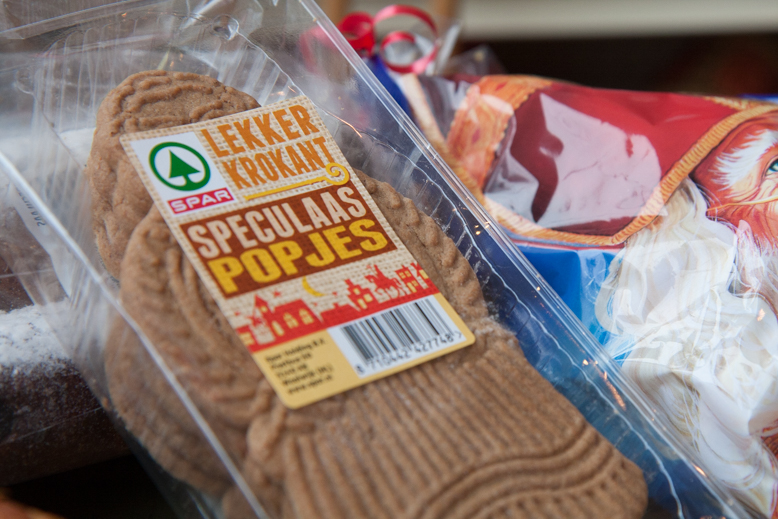 These shortcrust biscuits are light, crunchy and spiced with things like cinnamon, ginger, cloves, cardamom and nutmeg. They’re usually made in a wooden mold that shapes them into some kind of figure, often man and woman or some character from Sinterklaas. You can now get this flavour in spreadable form, but I’ve always thought it’d make great fudge. 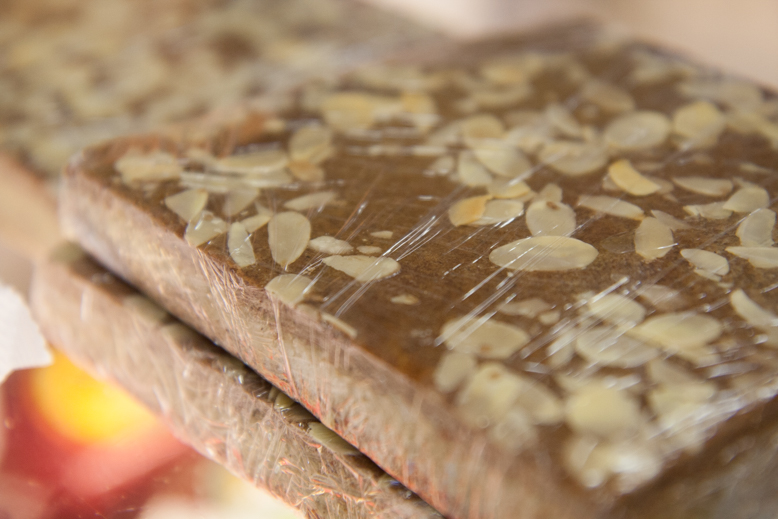 This is the best of both worlds, sheets of speculaas cookie with almond paste in between. 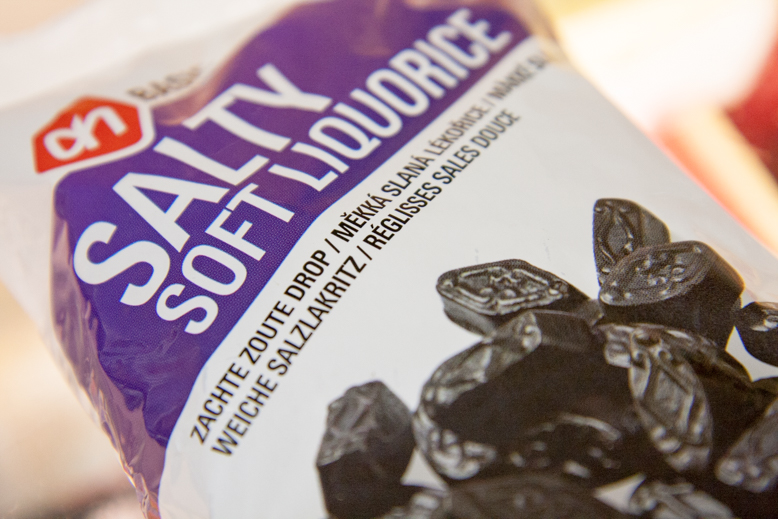 Dutch food in general is pretty delicious, so I can only conclude that this exists as some kind of red herring attempt to deter other cultures from copying it. The Dutch (along with the Scandinavians) take perfectly good hard liquorice and poison it with ammonium chloride. I have yet to acquire this taste, but I don’t know if it’s really even possible. When I asked, Wooden Shoe counterperson Nicolette said, “if it’s what you get at four years old you just start to like it!” Not particularly a Christmas thing, but I connect the two anyways. 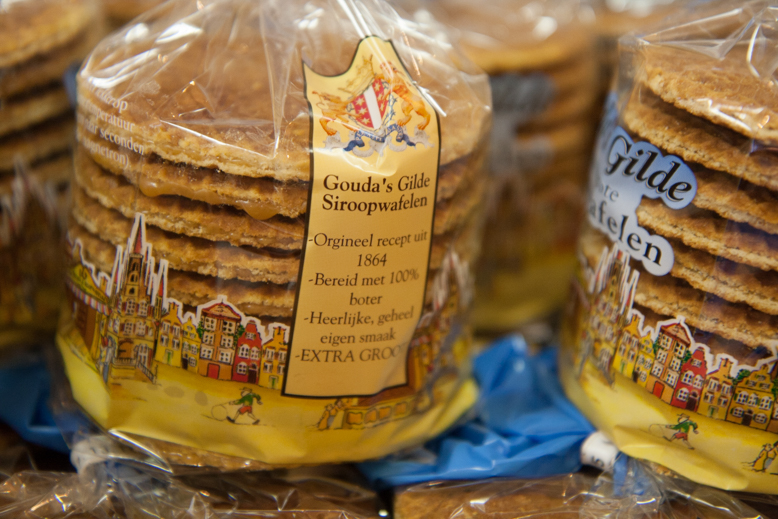 These also aren’t really a Christmassy confection but if you’re going to a Dutch specialty store it’s your chance to load up. Two thin wafers are glued together by a treacly layer of syrup, brown sugar, butter and cinnamon, making them bendy and delicious. These are basically the best possible accessory to a cup of coffee or tea because you can put them on top of your mug and let the steam soften them. 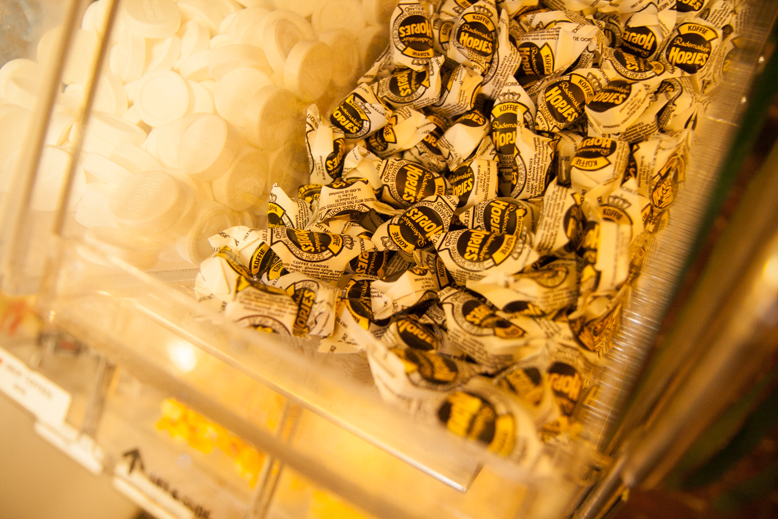 These are little cubes of hard candy with a coffee and caramel flavour, apparently named after coffee-loving Baron Henrik Hop. Also a year-round treat, but makes a good stocking stuffer along with the traditional mandarin oranges. Don’t horse around while eating these or you might have to be thoroughly heimlich’d.

There’s plenty more Dutch treats at the Wooden Shoe, including all the fixings for Indonesian imports like Nasi Goreng, an arsenal of gouda cheese and breakfast spreads, so go visit Arie’s little corner of Europe in Victoria. It’s worth it for the blankenstaaf alone.

With Phase 2 beginning, restaurants and patios, tasting rooms and coffee shops are reopening. This is an ongoing process, with many changes, so we ...
Read More
Would you help someone in need just by dining out? If the answer is yes, finding a reason to eat out in Victoria just became easier. Local non-profit ...
Read More